Royal Papworth Hospital was first established as a tuberculosis settlement in 1918, but has since grown to become a world-leading heart and lung hospital. 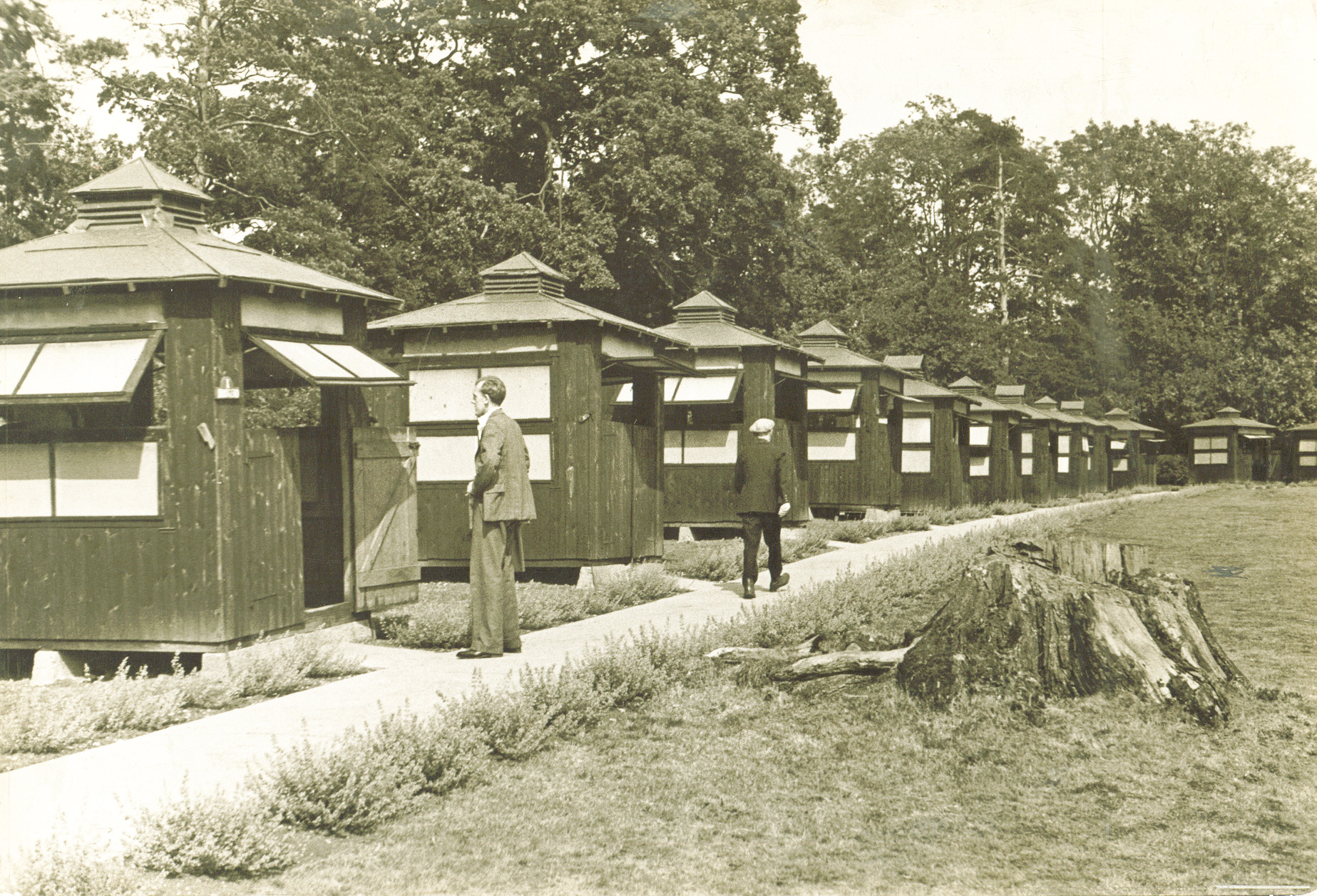 Royal Papworth Hospital has a fascinating history, having first been established as a ‘colony’ for tuberculosis (TB) patients in 1918.

Read more about how the hospital developed over the years to become one of the world's leading heart and lung hospitals.

Watch a video timeline of our history

The Cambridgeshire Tuberculosis Colony was an experimental scheme set up by Dr Pendrill Varrier-Jones, the Cambridgeshire TB Officer, in the village of Bourn in 1916.  Encouraged by the results from his first patients, and following a donation of £5,000 from a wealthy philanthropist, Varrier-Jones was able to purchase the Papworth Hall estate to develop his scheme on a larger scale.

On 12 February 1918, 17 patients and 4 members of staff arrived at Papworth Hall, the first hospital building - many discharged soldiers from the battlefields of France and Belgium. During the First World War cases of tuberculosis surged and the chronic infectious disease killed thousands of people each year. In 1915, for instance, more than 41,000 people died of TB in the UK.

The move to the Papworth Hall estate realised Dr Varrier-Jones’ vision for a long-term approach to solving what he called the ‘aftercare problem’. He developed the concept of an industrial colony to treat, house and employ patients and their families.

In the earliest news story on record about the colony – in The Cambridge Chronicle and University Journal – a journalist recounted: “I made my first acquaintance with a patient, an unfortunate who voluntarily enlisted at the outbreak of the war and had broken down in training with tuberculosis. His open-air bedroom looked almost cosy, although the thermometer [was] at freezing point.”

Fresh air and light work were believed to be central to recovery – even in winter - and early photographs show patients’ beds pushed outside on balconies and others living in wooden shelters in the hospital’s grounds.

Other early TB treatments were not so gentle and focused on collapsing the lung, with doctors believing that the diseased lobe would heal quicker by resting it. Sometimes the lung was collapsed using ping pong balls placed in a cavity under the ribs (plombage), and sometimes by removing ribs from the chest wall (thoracoplasty).

In 1929 the colony was renamed the Papworth Village Settlement, and new hospital buildings were developed on the site around the hall in the 1930s.  In 1948 the treatment blocks were passed to the National Health Service and the facility began to expand its services and develop expertise in other areas of chest medicine under the name Papworth Hospital.

As surgery started to be used as a treatment for TB, hospitals like Papworth attracted chest surgeons to come and work here, and over time they moved into other types of heart and lung surgery, for example transplantation.  Surgeons at Papworth Hospital went on to carry out world ‘firsts’ in the field of transplantation – including the first successful heart transplant in the UK in 1979 and the world’s first heart, lung and liver transplant in 1986. These ground-breaking procedures helped Papworth to become known all over the world.

As Papworth’s reputation grew, it began to attract more world-class clinicians and develop specialist services in not just transplantation, but also the treatment of pulmonary hypertension, cystic fibrosis and sleep disorders.

In 1993, Diana, Princess of Wales visited the hospital to officially open the new Respiratory Support and Sleep Centre (RSSC). The centre – which is the largest in the UK – provides ventilator support and sleep medicine to patients referred from across the country.

Two years later, in 1994, the hospital opened its Cystic Fibrosis centre, which supports adults from across the East of England with the condition.

In recent years, the hospital has continued to focus on providing excellent patient care and developing new treatments in heart and lung medicine.

In 2014, the hospital was established as a national centre for Pulmonary Endarterectomy surgery.

In 2017, the hospital received a royal title from Her Majesty the Queen to become Royal Papworth Hospital NHS Foundation Trust. In 2018, the hospital celebrated its centenary and 100 years of patient care and treatment on our site at Papworth Everard.

The hospital moved to a brand new, state-of-the-art building on the Cambridge Biomedical Campus in May 2019.

In July 2019, Her Majesty the Queen officially opened the new hospital building alongside the Duchess of Gloucester, who is patron of Royal Papworth Hospital.

In October 2019, the hospital became the first NHS hospital trust to be awarded a clean sweep of outstanding ratings by the Care Quality Commission in each of the five main categories; safe, well-led, effective, caring and responsive.

Back to Our hospital