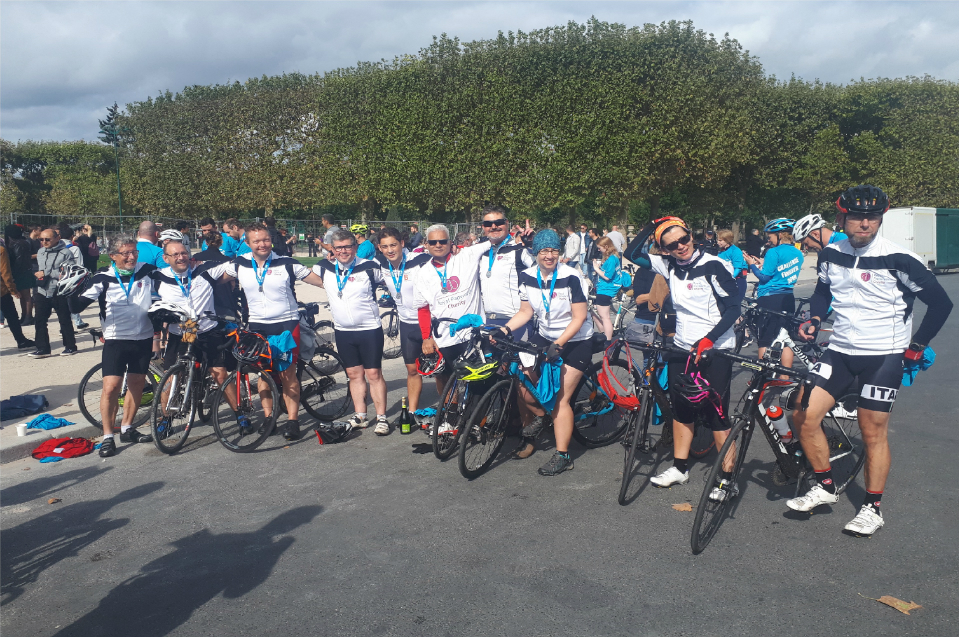 On Wednesday 25 September, 10 cyclists set off on a 300-mile bicycle journey to raise money for Royal Papworth Hospital Charity.

During the next four days, they encountered beautiful English villages, stunning French countryside and two capital cities as part of the London to Paris Bike Ride.

And the conditions couldn’t have been more gruelling, with driving rain and 40 mph winds greeting the group along the way, before the sun emerged to greet them over the line at the iconic Eiffel tower on day four (Saturday 28 September).

The group, comprising five hospital staff, three patients, and two supporters, have raised in excess of £20,000 – an amazing sum of money for our charity.

Thank you to all 10 of you for your hard work fundraising, training and completing the ride.