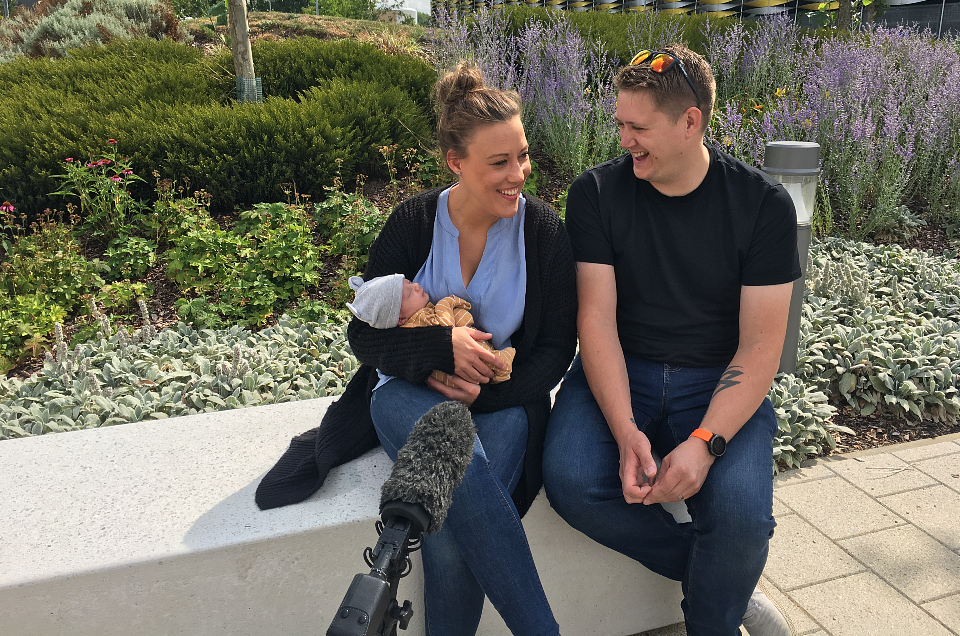 Thousands of cystic fibrosis patients in England have had their health drastically improved by a 'miracle' treatment, allowing one Royal Papworth Hospital patient to give birth to a baby, since the NHS made it available exactly one year ago today (21 August).

In the past 12 months, NHS patients in England benefited from one of the fastest rollouts in the world of the cystic fibrosis triple-therapy, Kaftrio, alongside treating hundreds of thousands of seriously unwell patients with COVID-19.

Nine in 10 people with cystic fibrosis in England now have access to therapies which patients describe as a 'miracle', thanks to a series of medicines deals secured by the NHS.

There are around 8,000 people living with cystic fibrosis in England - the second highest proportion in the world.

Cystic fibrosis is a progressive, genetic disease that causes persistent lung infections and limits the ability to breathe over time.

Described by patient groups as a 'revolutionary drug', Kaftrio has benefitted people like Laura Gayton whose parents were told that she would be lucky if she reached the age of 30.

Laura, now 30, started the treatment a year ago at Royal Papworth Hospital in Cambridge, which treats more than 350 adults with cystic fibrosis from across the East of England, including Cambridgeshire and Peterborough.

Taking the drug has allowed her health to drastically improve to the extent that she could give birth to a baby boy called Louis.

Laura said: “My Kaftrio journey has been incredible, not just for me and my health but to start a family as well - to be given this one amazing child that I have wanted for so long.

“Within the space of a few hours of starting the treatment it began to work – it is the miracle drug.”

The NHS Long Term Plan committed to using cutting edge treatments and therapies to save and improve patients’ lives.

Professor Stephen Powis, NHS National Medical Director for England, added: “Despite the pandemic and the incredible efforts to treat more than 420,000 with coronavirus in hospitals, NHS staff have also delivered one of the fastest rollouts of Kaftrio in the world, transforming the lives of patients with cystic fibrosis.

“Stories of people like Laura who have gone on to have miracle babies is yet another example of how the NHS is offering the latest life-changing treatments for patients and their families.

“Kaftrio is one of many cutting-edge treatments that the NHS has been able to secure at a price that is also fair to taxpayers.”

The deal is one of a package made possible by the NHS’ advanced commercial capabilities, which have delivered an innovative gene-therapy to cure blindness and the world’s most expensive drug, Zolgensma, which can cure paralysis in babies.

“Kaftrio is truly a revolutionary drug. It doesn’t just treat the symptoms of cystic fibrosis, it treats the underlying causes of the condition which in turn helps to boost lung function and which will extend lives," said Dr Keith Brownlee, Director of Medical Affairs at the Cystic Fibrosis Trust.