Alison picked up coronavirus in the community and was transferred from her local hospital to Royal Papworth last weekend. 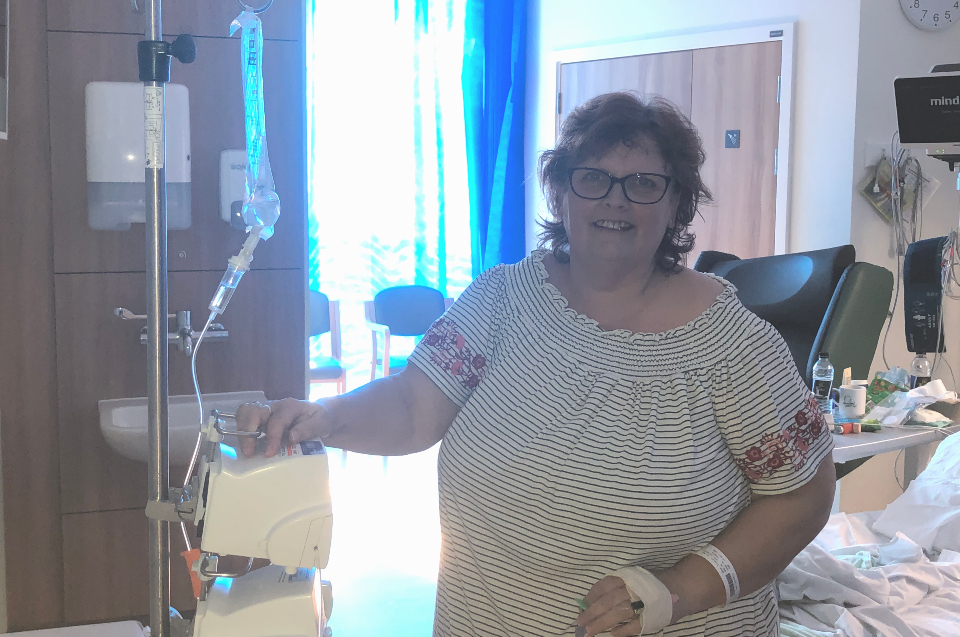 Alison Riseley has cared for thousands of patients in her 28 years working at Royal Papworth Hospital.

However, during the past week, the critical care nurse has had an entirely different experience of the hospital after being admitted as a patient herself.

“I can’t be certain where I caught coronavirus, but I had been off work because of my asthma so it must have been picked up in the community rather than at the hospital. I was still going to the pharmacy to pick up essential medication that I needed, so it could have been there - I just don’t know,” said Alison, 54.

'At first my symptoms were mild'

“At first my symptoms were mild so I was getting by without any real problems, but those symptoms suddenly became more severe; I was increasingly breathless and had no sense of taste or smell. After seeking medical advice I was taken to my local hospital last Thursday.”

Alison was swabbed for COVID-19 – the test came back positive – but with her conditioning worsening she was transferred to Royal Papworth Hospital just 24 hours later, where she was given oxygen.

Having spent the weekend in the specialist heart and lung hospital’s critical care unit – the same unit in which she normally works as a sister – Alison was then discharged to a ward to complete her recovery before being allowed home yesterday.

“It was so strange when I was told I was being taken to Royal Papworth, yet at the same time extremely comforting because it felt like I was coming home and knew I would be in the best hands. One of my colleagues who is also a very good friend came in to look after me two nights in a row, which provided me with a lot of comfort, alongside seeing all the other familiar faces and fantastic nurses, too.

“When you are a nurse you are used to looking after others and it was tough not being able to look after myself, as well as having that added insight into what might be happening and the treatment that I would need.

“It was scary. I’m a mother and grandmother and you have all these thoughts running through your head at once, but I’m feeling much better now and thrilled to be going home.

“I just want to thank all staff for their excellent care and compassion. I am thinking of them all and sending them my love and best wishes.

“Anyone can get this, at any time, so please do stay at home and only leave for essential trips. It’s so important to follow the advice and keep safe.”

Our charitable appeal is aiming to raise vital funds for staff support, research, and patient welfare. Find out more about The Royal Papworth Hospital COVID-19 Appeal.