Royal Papworth turned out its biggest ever team, with 35 athletes and more than 30 enthusiastic supporters cheering them on. 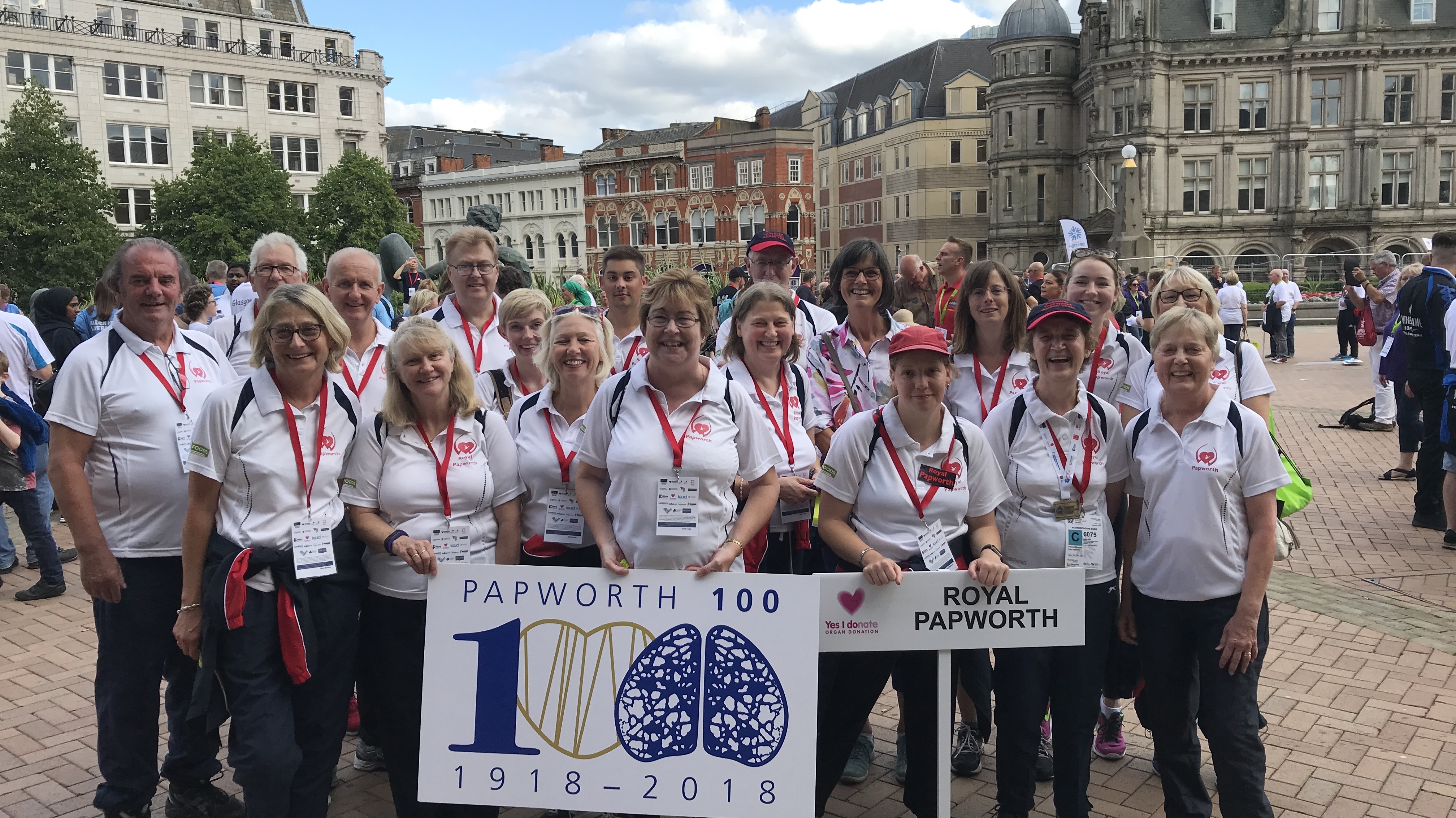 The Royal Papworth Transplant Sport Team returned triumphant from the British Transplant Games, which were held in a sunny Birmingham last week.

Among their successes, they retained the trophy for the Best Heart & Lungs Hospital team for the third year running.

More than 50 transplant hospital teams were represented, with more than 1,000 athletes taking part – cheered on by 2,000-plus supporters. With more than 720 transplant patients at the opening ceremony, the team also helped record a Guinness World Record for the largest gathering of organ transplant recipients in one place at the same time.

Royal Papworth turned out its biggest ever team, with 35 athletes and more than 30 enthusiastic supporters cheering them on.

Just five months after his double lung transplant, Dan Peel joined the team for his first Games. He said: “Competing in the Golf, Ball Throw, Javelin and 4x100 relay, I saw the Games as a way to prove to myself that I could still do anything I set my mind to. Whilst the less said about the Golf the better, I took home the gold in the Ball Throw and bronze in the Javelin - which I dedicate to my donor.

“The Games were a truly humbling experience which gave me the opportunity to meet others who shared similar stories and ultimately who will become a critical support network for years to come. We are all truly remarkable.”

Team manager Maggie Gambrill said their success at the Games during the hospital’s centenary year made it all the more special. She thanked Royal Papworth’s consultants and staff, and dedicated their achievements to the memory of their donors.

Next year the British Transplant Games will be held in Newport, Wales, 25-28 July.