The new technique - which was used to remove a chest tumour - had only been performed once before, in China. 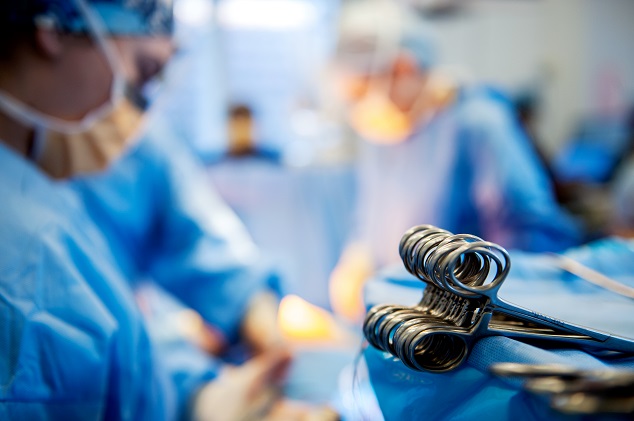 A team at Royal Papworth Hospital has become the first in Europe to remove a chest tumour using a minimally invasive technique that slashes patient recovery time and reduces pain and side effects.

Consultant surgeon Mr Giuseppe Aresu worked with consultant anaesthetists at the hospital to perform the pioneering procedure on a patient who presented an anterior mediastinal tumour called thymoma with associated myasthenia gravis, a condition which weakens body muscles.

Surgeons normally treat thymoma by opening the chest with the patient under traditional general anaesthesia, mechanically ventilated and under the effect of muscle relaxant and opiates to control pain.

However, using the new technique (subxiphoid non-intubated thymectomy) - which had only been performed once before, in China - Mr Aresu was able to reach the tumour through a small cut between the abdominal muscles while the patient was allowed to breathe spontaneously. He did not need mechanical ventilatory support or muscle relaxant, which meant the risk of respiratory complications after the operation was reduced.

At the same time an anaesthetic team, led by Dr Andrew Roscoe, controlled the pain - targeting and blocking specific nerves with local anaesthetics and using a mixture of painkillers which did not include opioids and which allowed a faster recovery.

Mr Aresu said: “A thymectomy is a major procedure which usually involves a significant amount of recovery time. Using a minimally invasive surgical technique, in association with the spontaneous ventilation and opioid-free anaesthesia, we reduced the risks of post-operative complications.”

Royal Papworth Consultant Anaesthetist Dr Chinmay Patvardhan said that the new non-intubated, opiate-free anaesthetic method, combined with the minimally invasive surgical techniques, also had the potential to reduce a patient’s stay in hospital after surgery. Their recovery would be enhanced because physiotherapy and rehabilitation could begin within hours.

The Thoracic Surgery team at Royal Papworth Hospital have extended this technique to other types of thoracic surgery operations; Mr Aresu performed the world’s first subxiphoid non-intubated opiate-free lobectomy in October to remove a lung cancer.