Peter, 46, was unvaccinated and tested positive at the end of July. After needing the most serious form of respiratory support - ECMO - for nearly three months, he is now heading home. 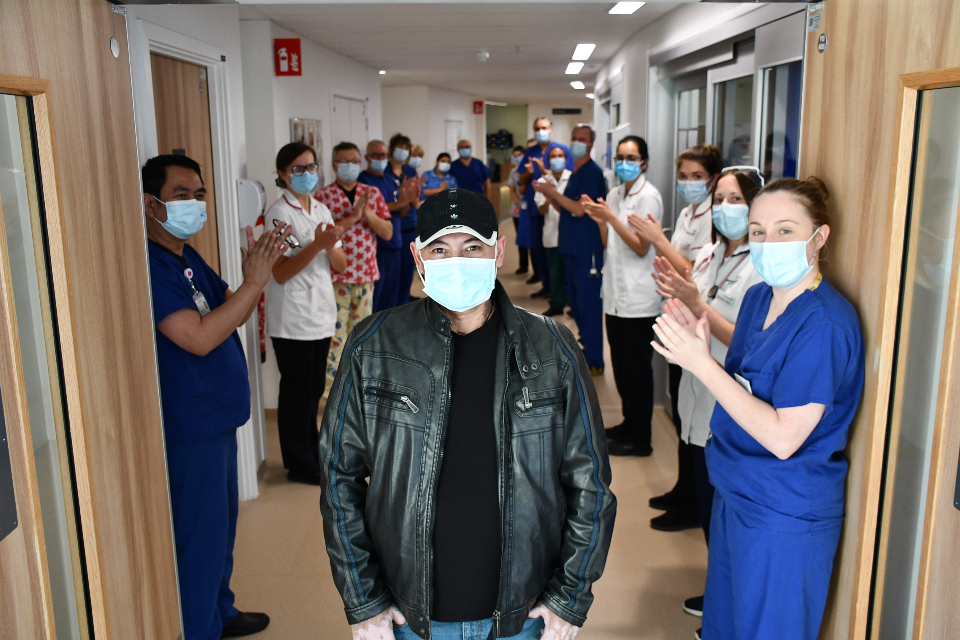 A father-of-four and grandfather from Norwich has been discharged home against the odds after spending more than four months in hospital fighting coronavirus (COVID-19).

Peter Rigacs, 46, was unvaccinated and tested positive for COVID-19 at the end of July but quickly deteriorated and was admitted to the Norfolk and Norwich Hospital at the start of August.

His condition continued to decline and within a week was referred to Royal Papworth Hospital in Cambridge to be supported on a special machine used to treat the most critically ill COVID-19 patients.

ECMO (extracorporeal membrane oxygenation) is an artificial lung which is used for patients in severe respiratory failure. A multidisciplinary team from Royal Papworth Hospital, which is one of five specialist centres in England commissioned to provide this service, retrieved Peter from Norwich and brought him to Cambridge to treat his COVID pneumonia.

While on ECMO and still COVID-positive, he started to bleed inside his chest. He needed countless blood transfusions and was operated on multiple times including emergency thoracic surgery operations to remove blood and clots.

After a total of 83 days on ECMO, around a dozen trips to the operating theatre and 97 days in critical care, he was moved to a general cardiothoracic surgery ward in mid-November. 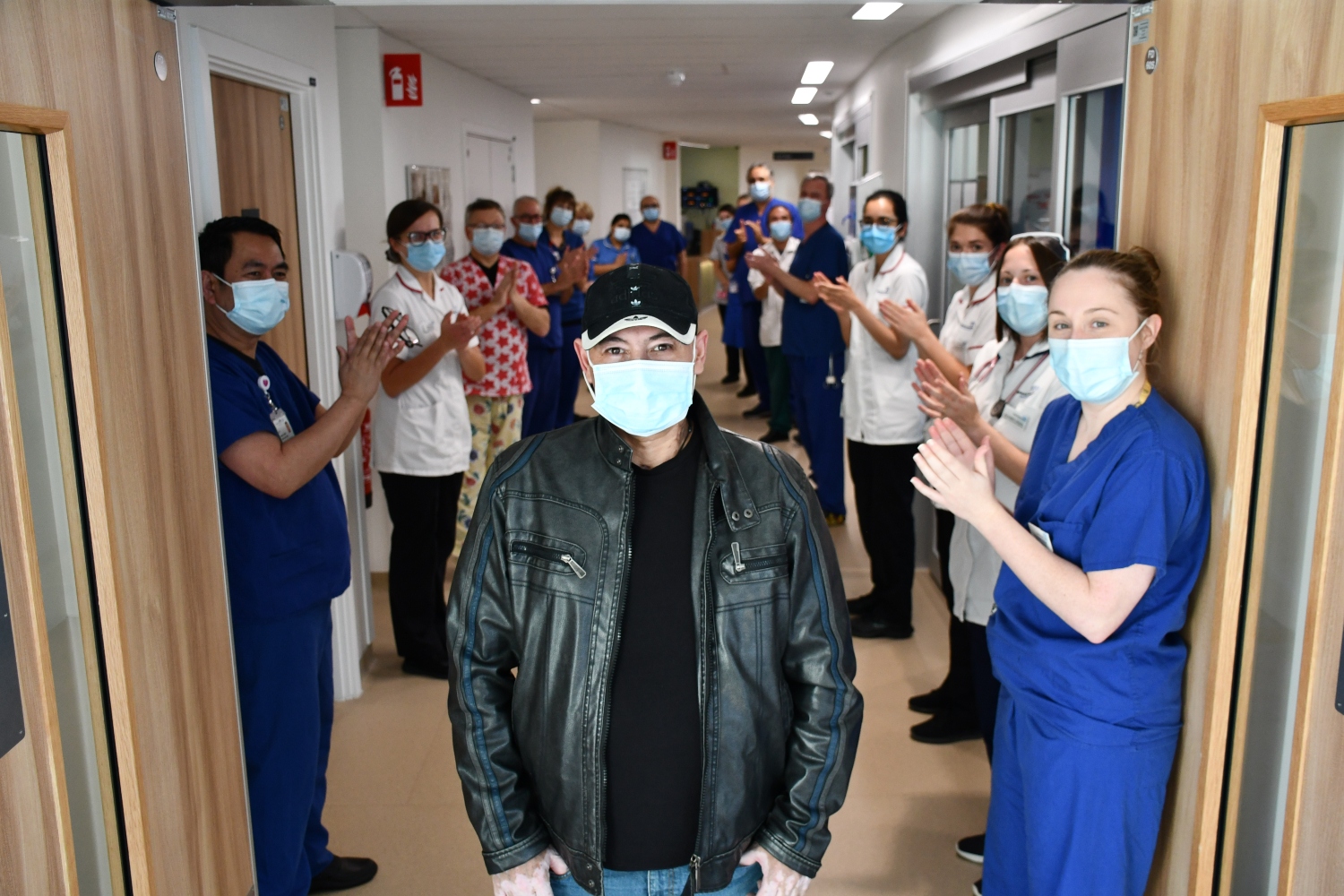 Nurses, therapists, surgeons and perfusionists gathered to clap Peter as he left hospital.

Thanks to physiotherapy support, Peter has made a better and quicker-than-expected recovery and is now able to walk up and down the ward unaided.

As a result, he will be discharged home on Friday 10 December, rather than back to his local hospital, earlier than planned.

“I just want to say a huge thank you to all the doctors, nurses, surgeons, physios and everyone who has kept me alive,” Peter said from his hospital room before leaving.

“I have seen how hard they worked and how they fought to save me and I will be forever grateful.

“After more than three months in critical care and four months in hospita, I cannot wait to get home and give my wife, two daughters, two sons and two grandsons a big hug. I have missed my family so much and am so excited to be home in time for Christmas. It has been a long time away from them.”

Andrea, Peter’s wife, added: “It was very scary when Peter was so unwell. It has been very hard on all of the family. It meant a lot to be able to visit him and give him strength. We cannot wait to have him home.” 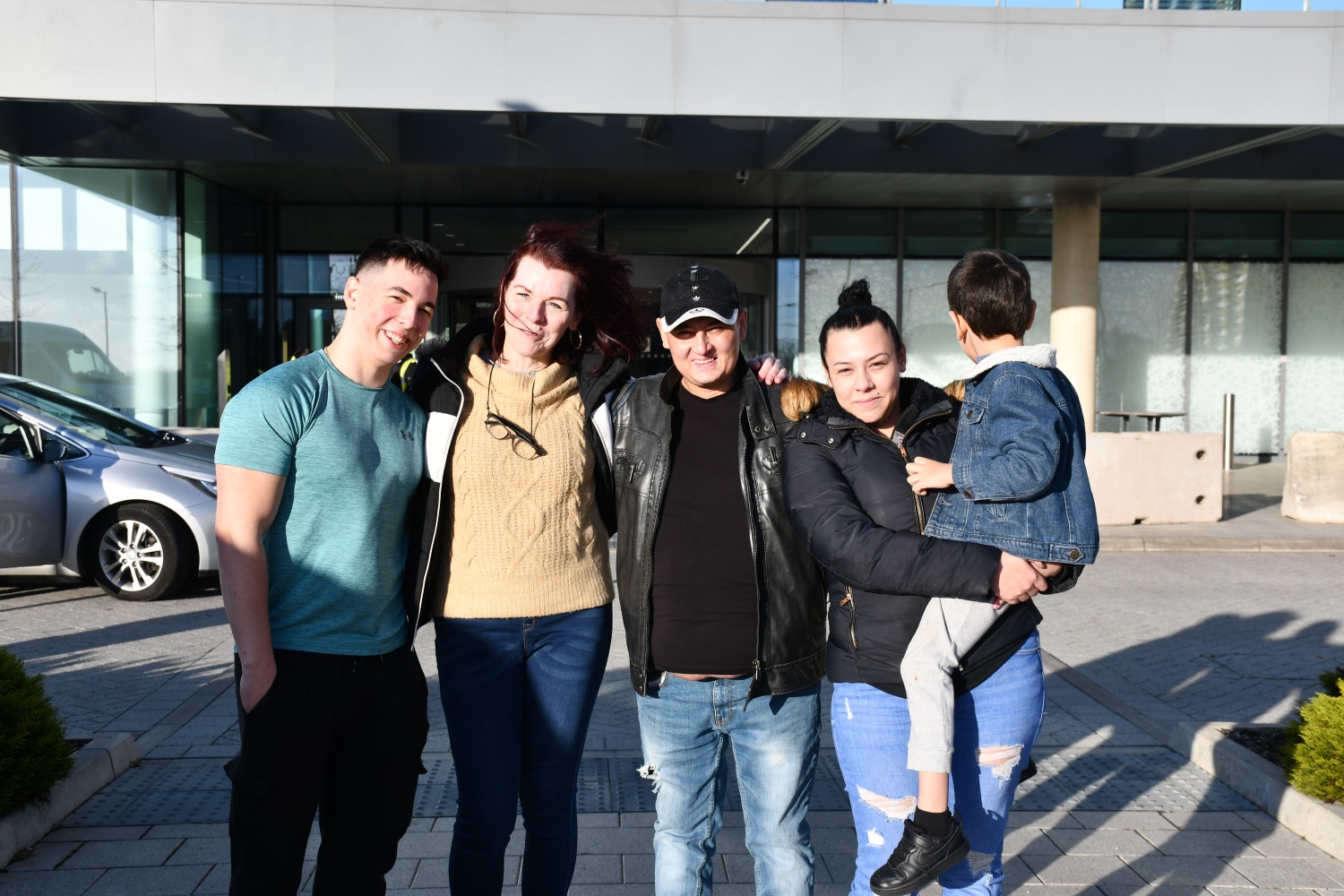 Peter with his wife Andrea, their son, daughter and grandson.

The multiple operations on Peter were performed by a team of dozens in theatre and critical care, with hundreds of people in total involved in his care throughout his time in hospital.

“Before COVID-19, having a patient on ECMO for nearly three months was unthinkable. For context, the average length of time for our patients supported on ECMO before the pandemic was about 14 days,” said Jo-anne Fowles, Nurse Consultant for ECMO and Critical Care.

“We have had a number of patients needing to be supported on ECMO for a considerable amount of time like Peter and it is always so rewarding when we have such positive outcomes.

“We have gotten to know Peter very well since August and we are delighted that he is now heading home for Christmas. We wish him all the best in his continued recovery.” 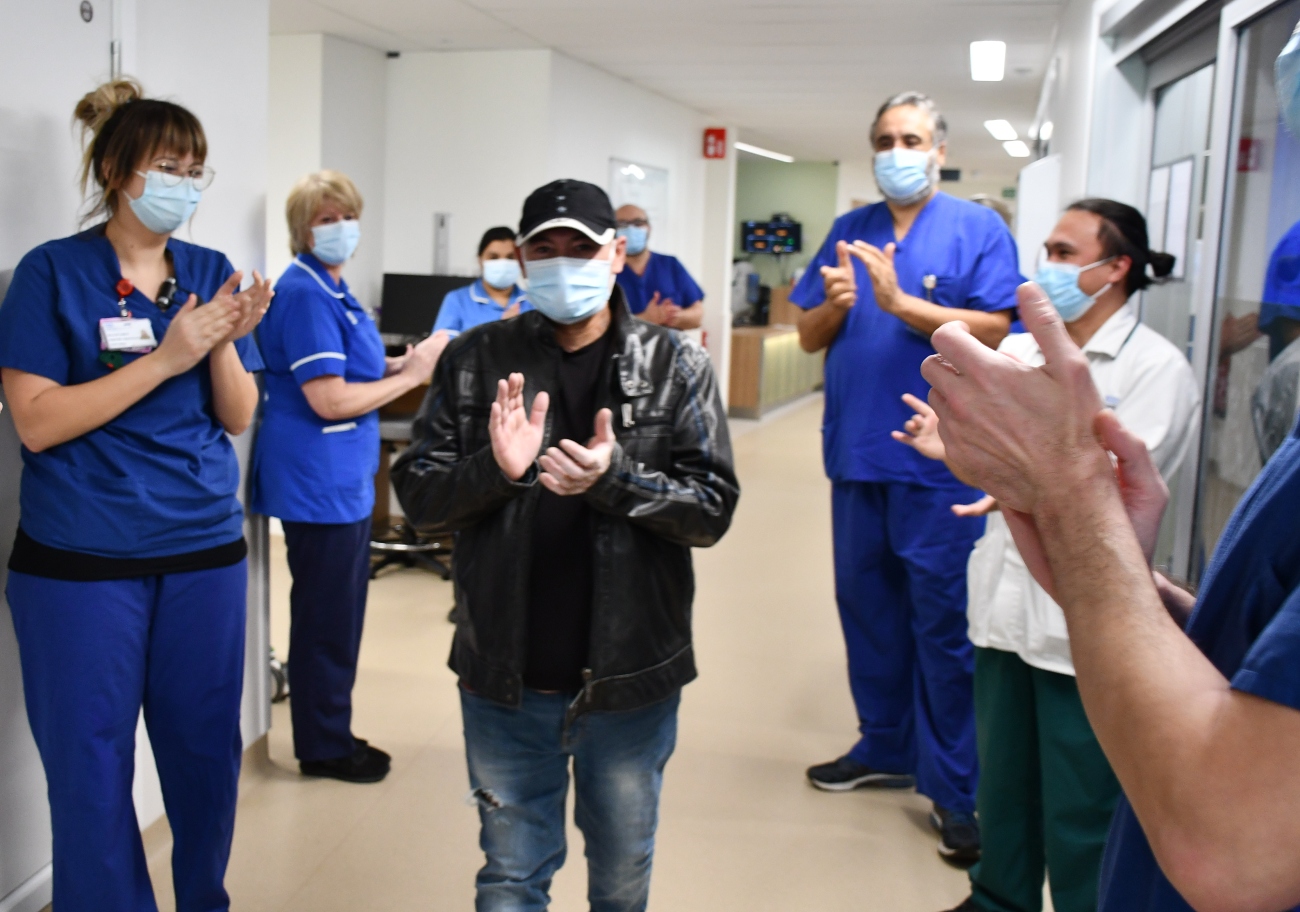 Mr Aman Coonar, Consultant Thoracic Surgeon, who operated on Peter several times, added: “It is almost a miracle that this man who many times we thought would die is now walking around and breathing without additional oxygen requirements.

“We have treated many people with COVID-19 but rarely do we operate on patients while still connected to the ECMO machine. In Peter’s case we used some innovative methods, such as a special suction tool on his chest. We have never done this before on the lung, but it worked and everything seemed to improve, clearing away blood and allowing his lung to return to its normal size.

“Thanks to a tremendous effort initially from the critical care, ECMO and theatres team, and then from the ward team, physios, occupational therapists, dieticians and so many more over recent weeks he is going directly home to his family for Christmas rather than to his local hospital, ahead of his discharge date.”