Melat Haileselasse is a staff nurse working on the surgical ward at Royal Papworth Hospital, caring for patients who have just undergone major operations. Here she talks about her journey from Ethiopia to Cambridge. 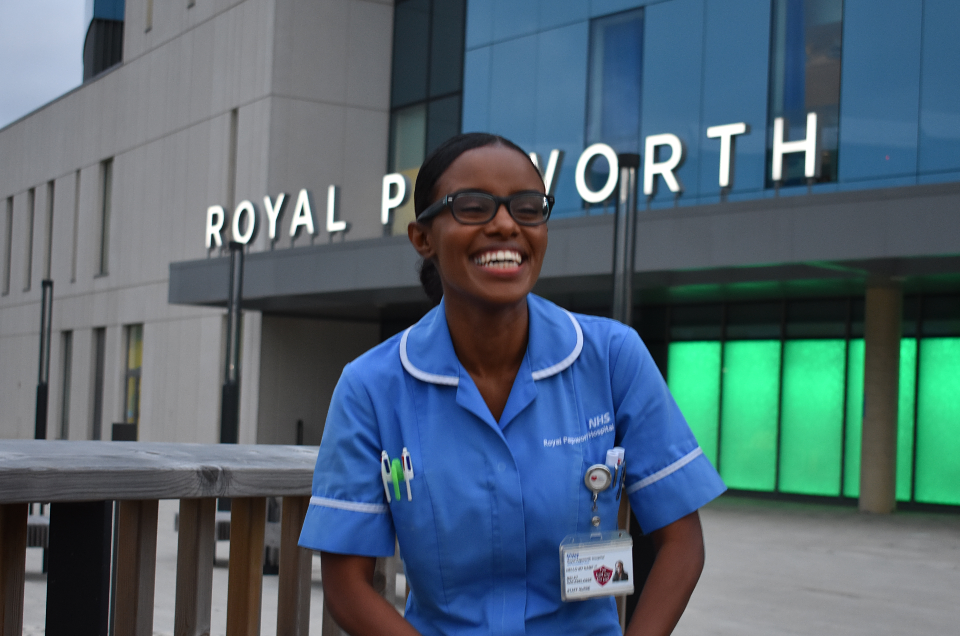 In the tarmacked playground of a primary school in the London borough of Hackney, children run around screaming and shouting, playing without a care in the world. Standing on her own amongst the excitement and noise is a nine-year old girl, recently arrived from Ethiopia with her three siblings.

It is a far cry from the school Melat Haileselasse has just left behind: a private school where every morning the children would sing the Ethiopian national anthem. Her friends with whom she used to play games with at lunchtime now exchanged for strangers speaking an unfamiliar language.

“I felt isolated,” Melat says. “The other children would come up to me and want to talk and play, but all I could say was ‘me no speak English’ and I would run away.

“I desperately wanted to play with them but I was in a new place, a new environment.

"I was trying to settle in but had no idea how to deal with the situation.”

Two years before, Melat’s dad had fled Ethiopia for the UK before she, her two sisters and one brother joined in 2003.

And it wasn’t just the language barrier.

Ethiopia’s primary school system worked on grouping pupils by ability rather than age groups. If you failed the year then you would have to repeat, so sometimes there were students who were aged 12 but still in the first year. The difference in approach meant Melat had not only made the 5,500 mile journey from east Africa to east London, she’d also effectively jumped from school year two to year five, the equivalent of age seven to 10.

However, aided by the multicultural kaleidoscope that is London, Melat settled in and, by the time she started secondary school, she was speaking English as well as any native speaker.

But there were still plenty of challenges to come.

“I vividly remember my science teacher in secondary school telling me I would fail,” she explains. 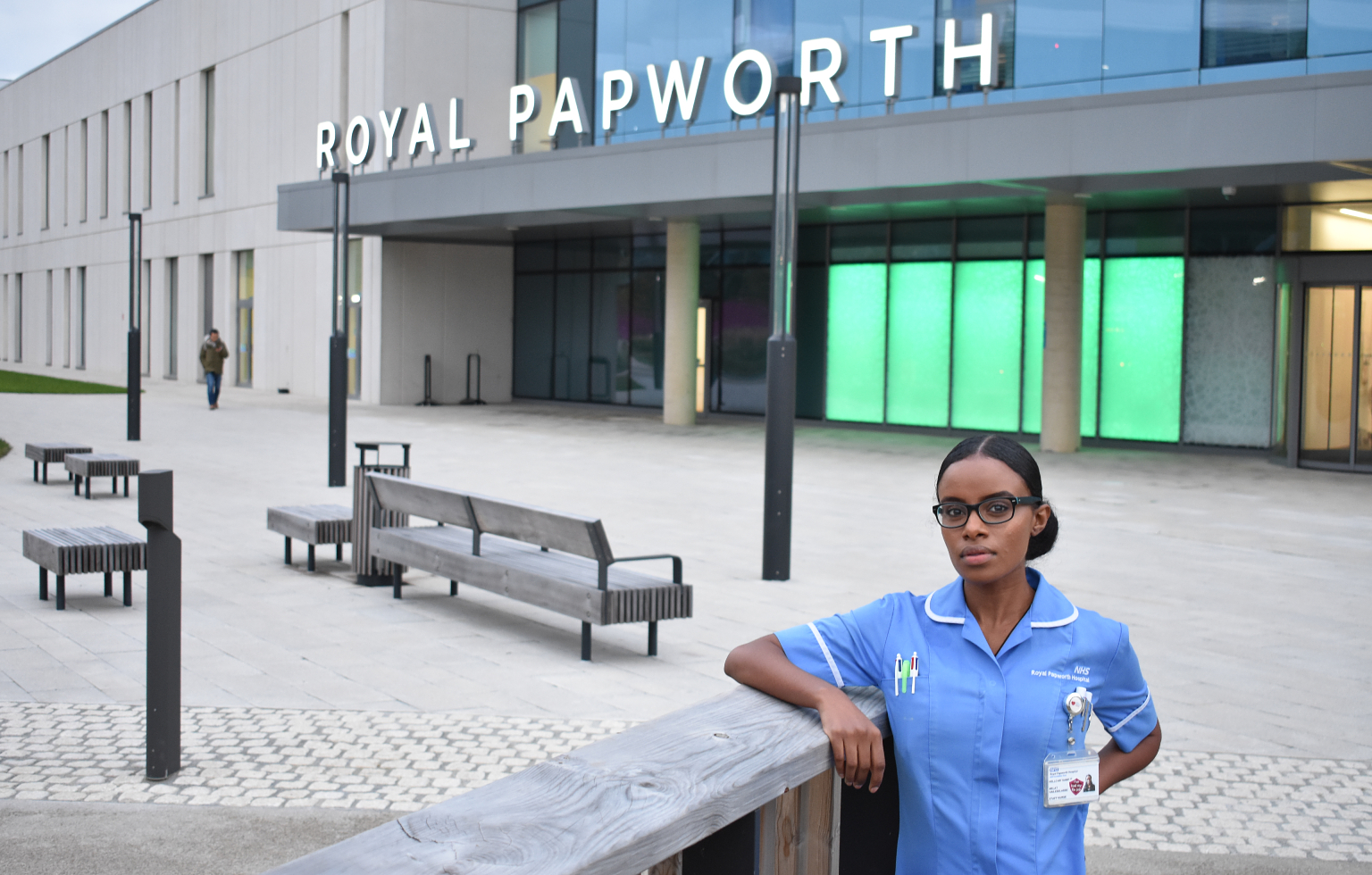 “To be honest, I’m still not totally sure if this was due to my ethnicity or my gender, but it was instilled in me that I wouldn’t make it to the professional world. I was always being downgraded.

“I kept believing in a vision I’d had when I was nine, though, and never lost sight of that. In this dream I imagined myself giving injections to a patient. I wasn’t sure if this was as a nurse, a doctor, or something else, but I knew I would be a carer of some kind.”

That she had to re-sit her GCSEs came as no surprise to Melat after years of being bombarded with thoughts of failure. However, upon beginning a BTEC (Business and Technology Education Council) course in health and social care she felt at home straight away, as predicted by her nine-year-old self’s vision.

In that BTEC Melat gained an A*, A and A and then began a nursing degree, before dropping out after having doubts again about whether this was the right profession, scarred as she was by the science teacher’s comments from years before.

“I think I just felt the pressure that here I was, a woman from Ethiopia now in the UK, and the first in my family to go to university. My dad had a stern chat with me, clearly disappointed as he knew I had opportunities that he hadn’t had at my age.

“I spent time working as a healthcare assistant in London and then joined Anglia Ruskin University to restart my nursing degree. One of my rotations was at Royal Papworth Hospital at the old site and I found out about cardiothoracic nursing and fell in love. Making the patients feel better and being there for them during those challenging first couple of weeks post-surgery meant the world to me.”

After three years of studying and working as a student nurse Melat gained a first-class degree and graduated to become a registered nurse in June 2019.

Eight months later she was caring for some of the country’s sickest COVID-19 patients during the height of the global coronavirus pandemic, redeployed from the hospital’s surgical ward to critical care.

Having overcome that challenge, her desire to continue to learn is inspiring – she is now taking on a masters-level module in adult acute care.

“Working here I’ve not faced explicit racism, but there have sometimes been comments where you are compared to other Black people and how ‘you are so different from them’. I think that’s quite standard for a lot of Black people and this is what we mean when we talk about systemic racism.

“Black History Month for me is about celebrating diversity and being a voice to help open doors for other people. Being Black should have no limitation. The world has negatively portrayed black people for decades so it’s amazing that we are finally getting the recognition we deserve.

“As Martin Luther King, Jr. said, ‘our lives begin to end the day we become silent about the things that matter’.”