Large, whose real name was Edward McGinnis, had a heart transplant at Royal Papworth in 2003. 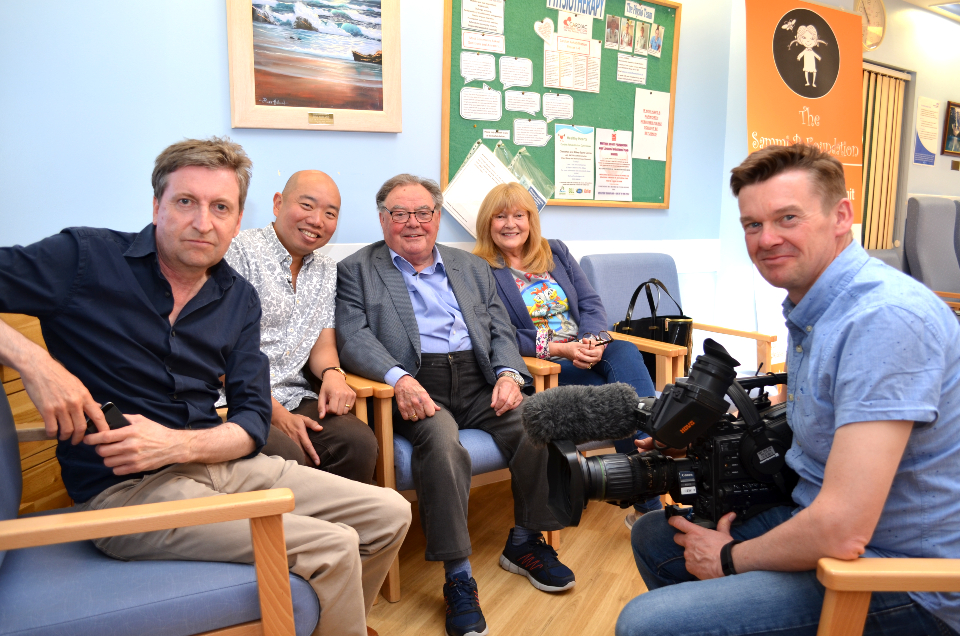 Royal Papworth Hospital is saddened to learn of the death of Edward McGinnis, best known as comedian Eddie Large from the double act Little and Large.

Mr McGinnis had a heart transplant at Royal Papworth in 2003 and has been a regular visitor to the hospital for outpatient check-ups in the 17 years since. He died in hospital close to his Bristol home. 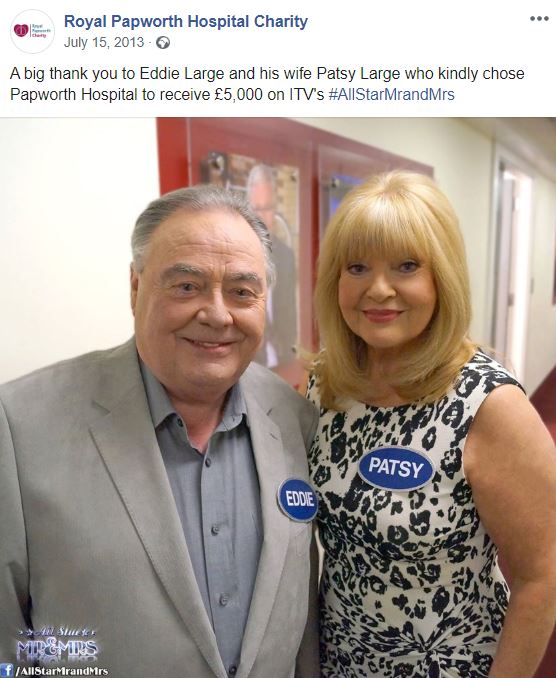 He and wife Patsy (pictured above) raised £5,000 for Royal Papworth Hospital Charity in 2013 when they appeared on ITV's All Star Mr and Mrs.

They also featured in a BBC documentary filmed at Royal Papworth, presented by Dr Giles Yeo, called How the NHS Changed Our World, where he was interviewed about his heart transplant in celebration of the NHS' 70th birthday.

Our thoughts are with Patsy and their family and friends.