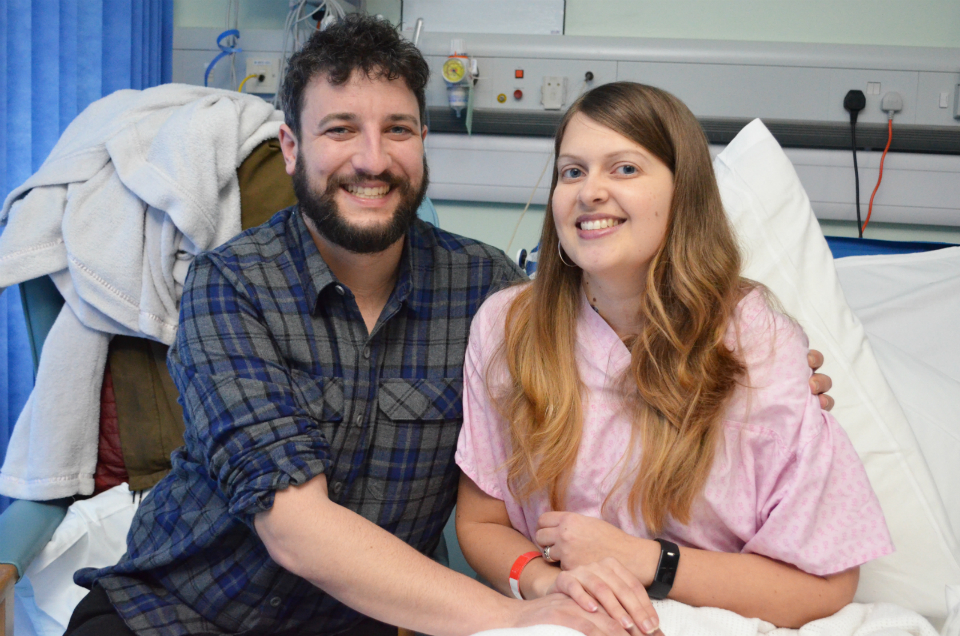 This is the second biggest PTE series in the world and is one of the most active currently, with nearly 200 operations carried out each year. Royal Papworth remains the only centre in the UK offering the service with some of the best long-term outcomes internationally.

The 2,000th patient to be treated at the hospital was Anna Durkowska-Sainsbury, who underwent the operation on Tuesday 29 January.

“I started developing symptoms of Chronic Thromboembolic Pulmonary Hypertension (CTEPH) when I was 17 years-old," Anna, who is now 30, said. “But it wasn’t until I was 19 that I was diagnosed with the condition.

“I wasn’t eligible for this treatment at the time and even six months ago I didn’t think it was possible, but medical advances meant that I was referred to Royal Papworth and now here I am, recovering and feeling great – it is amazing really!”

CTEPH occurs when blood clots block the arteries of the lungs. Over time, this leads to pulmonary hypertension and right heart failure and, when severe, increased breathlessness and reduced life expectancy.

Pulmonary endarterectomy procedures are surgical operations that can take up to 10 hours, during which time the blood vessels are cleared of those clots and scar tissue.

In a large proportion of patients, their level of activity, quality of life and life expectancy will be significantly improved after the treatment.

Mr David Jenkins, who performed Anna’s surgery, explained: “In this case, the disease was relatively distal in her pulmonary arteries and the operation was technically difficult.

“It is only because of our increased institutional experience of treating so many patients that we were able to reassess Anna and judge that the benefit of surgery now outweighed the risk. Even five years ago, she would have been deemed inoperable.”

“I got out of breath just getting up off the sofa to make a cup of tea,” Anna described of her life in Worthing, West Sussex, with husband James.

“Ahead of the operation I was told that a lot of the scarring was deep in my lungs so I could expect a 30-50% improvement in my lung function, but the operation has gone so successfully that I think almost all of it has been removed.”

James added: “The eight-hour operation felt like a lifetime but looking at Anna now it’s completely worth it. She’s been told to have three months fully relaxing so all the household chores are mine until May, and then it’s over to Anna!

“Seriously, though, just a few months ago we were thinking she would be on drugs for the rest of her life until she reached a stage when a lung transplant would be needed. It is incredible to think of the difference this will make to our lives when we get back home.”