Fewer than one in 10 people survive an out-of-hospital cardiac arrest in the UK. One of those survivors is Dave Cleland, who had a sudden cardiac arrest (SCA) earlier this year. He shares his story for World Heart Day. 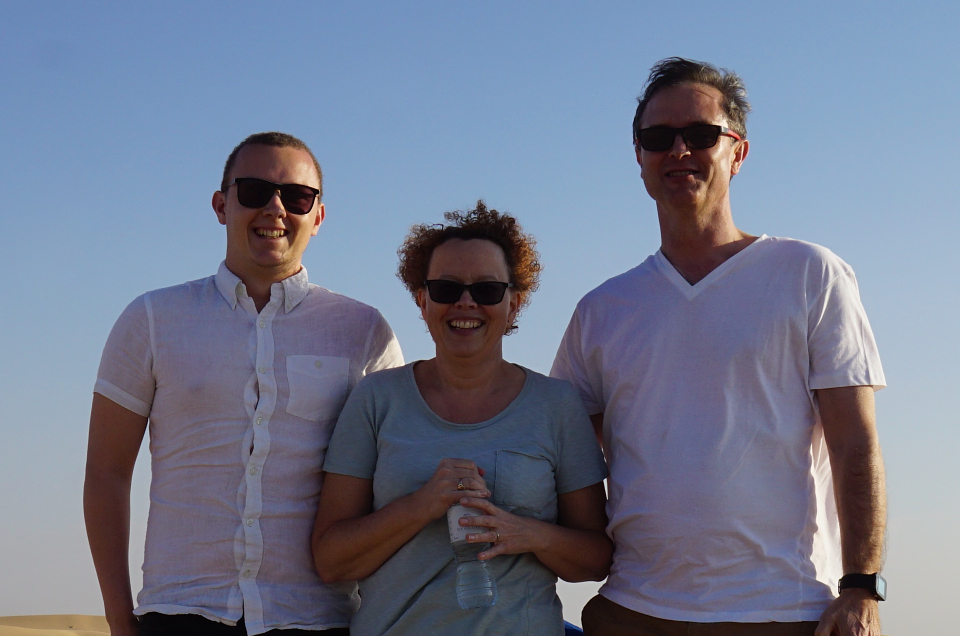 “I heard a yelp and a thud. Then silence.”

Dave and Bernie Cleland were going about their Saturday as they normally would, having just returned home from their weekly shop.

But in a split second, that all changed.

“I called out to Dave but got no answer, so I ran upstairs,” Bernie recalled. I found him on the bathroom floor, unconscious and not breathing, with his face down and hands by his side. I rushed downstairs again to the phone and called 999 for an ambulance.”

Luckily for Bernie, and Dave, she had only the day before completed a refresher session in CPR training.

That knowledge, coupled with expert advice from the ambulance service call handler, allowed Bernie to apply her CPR skills and start the chain of survival for her husband.

Dave, 54, and a keen cyclist, regularly riding 40 miles a week, was defibrillated twice at home before being transferred to Royal Papworth Hospital in Cambridge, where a third shock was administered. 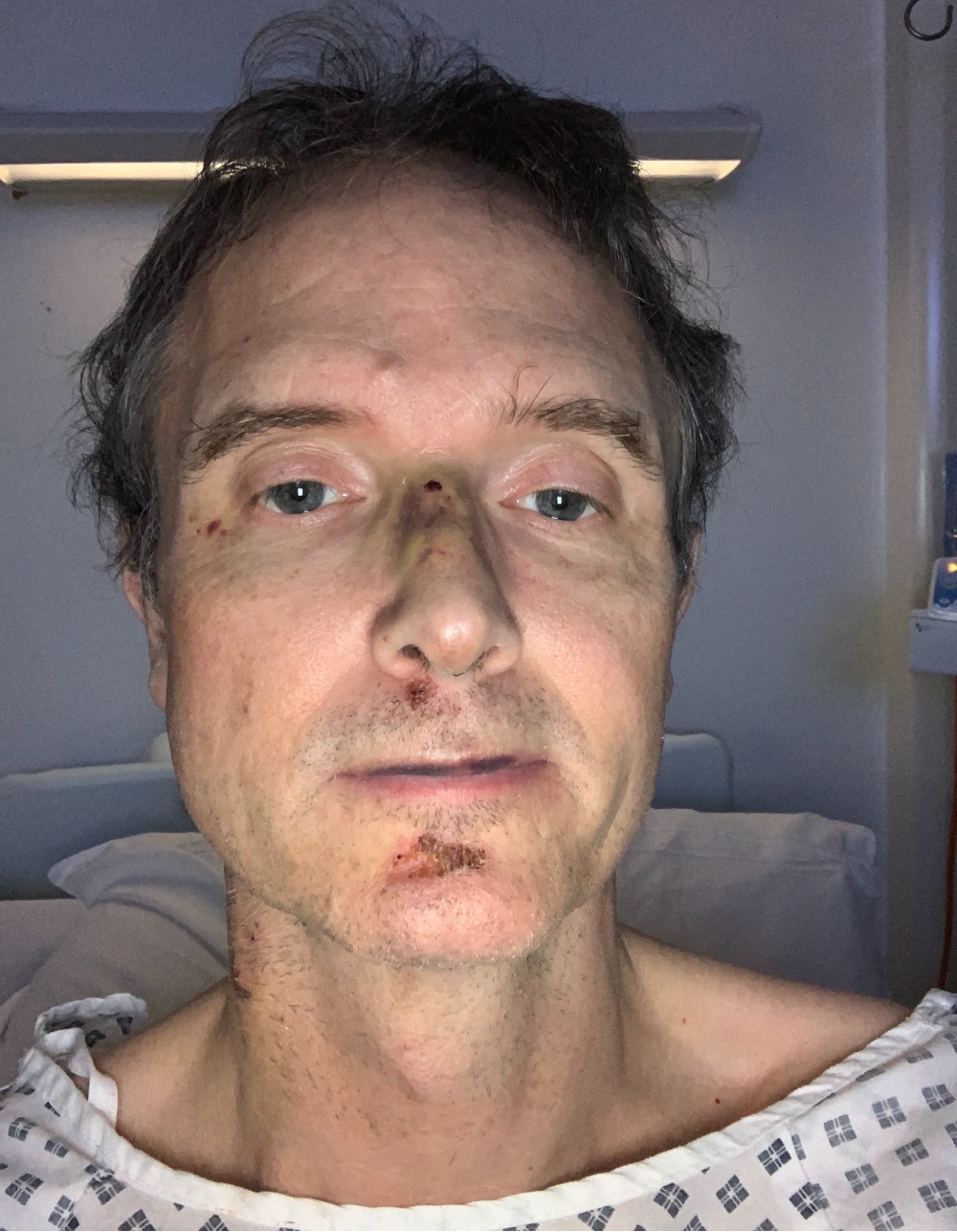 Dave in Royal Papworth Hospital after his sudden cardiac arrest.

“I obviously can’t remember any of this, although apparently I did try to get up and leave the ambulance which showed I had regained consciousness,” Dave said when retelling the story of his sudden cardiac arrest for World Heart Day.

“I have since learned more of what happened on the Saturday but my own memory begins the following day, the Sunday, when I woke up in critical care at Royal Papworth and have vague memories of speaking to Bernie that evening.

“I was then moved to a ward and spoke to Dr Greg Mellor who talked me through the proposal to fit a cardiac device which would shock my heart back into action if I ever suffered a repeat event.

“That was fitted successfully and one week after the initial cardiac arrest I was back home with Bernie complete with my new internal defibrillator and some additional drugs.”

Dave’s device is a subcutaneous implantable cardioverter defibrillator, known as an S-ICD. They work by shocking the heart into restoring a natural heart rhythm if a cardiac arrest happens again in the future.

Awareness of sudden cardiac arrests, the need for immediate action and the use of ICDs has risen rapidly in recent months owing to the high-profile case of Christian Eriksen, the Danish footballer who collapsed on the pitch during the European Championships.

Like Dave, Christian Eriksen was treated quickly and has made a good recovery.

However, survival decreases by 10% every minute where a defibrillator isn’t used in a person with a shockable cardiac arrest.

The lifesaving chain of survival aims to outline the key steps that need to be taken to improve outcomes; early recognition and call for help, early CPR and early defibrillation to restart the heart, before care in a specialist hospital like Royal Papworth.

Dr Greg Mellor, Consultant Cardiologist, treated Dave while he was in hospital: “Mr Cleland’s cardiac arrest was due to heart damage suffered during a recent heart attack. He continues to make an excellent recovery so his risk of further events will hopefully be low. However, he will now be protected by his S-ICD.

“CPR saves lives, so it’s vital that people know how to perform CPR and have easy access to a defibrillator so that together we can start to improve the survival statistics and outcomes for people who have a cardiac arrest.

“In the UK, 72% of cardiac arrests happen in the home and 15% at work, so the chances are if you see someone having one it will be someone you know.”

Dave has now returned to full-time work with BT and is hitting the road on his bake once again.

“The paramedics and doctors have praised Bernie for her prompt and controlled CPR and reiterated that this is why I have come out with such a good result. SCAs normally don’t have this kind of outcome when they don’t occur in a hospital,” Dave said.

“I realise just how lucky I am to be one of the few to get through a SCA alive, and of those who do an even smaller number come through relatively unscathed like me. I feel so grateful for the care I’ve received through the chain of survival started by my wife, continued by the medics on scene and then Royal Papworth Hospital staff. I cannot praise the hospital enough.

“My experience has been a life changer. I am doing anything that I can do to promote CPR skills and defibrillator use so that more people have a better chance of getting an outcome like mine and we can begin to increase the survival statistics.” 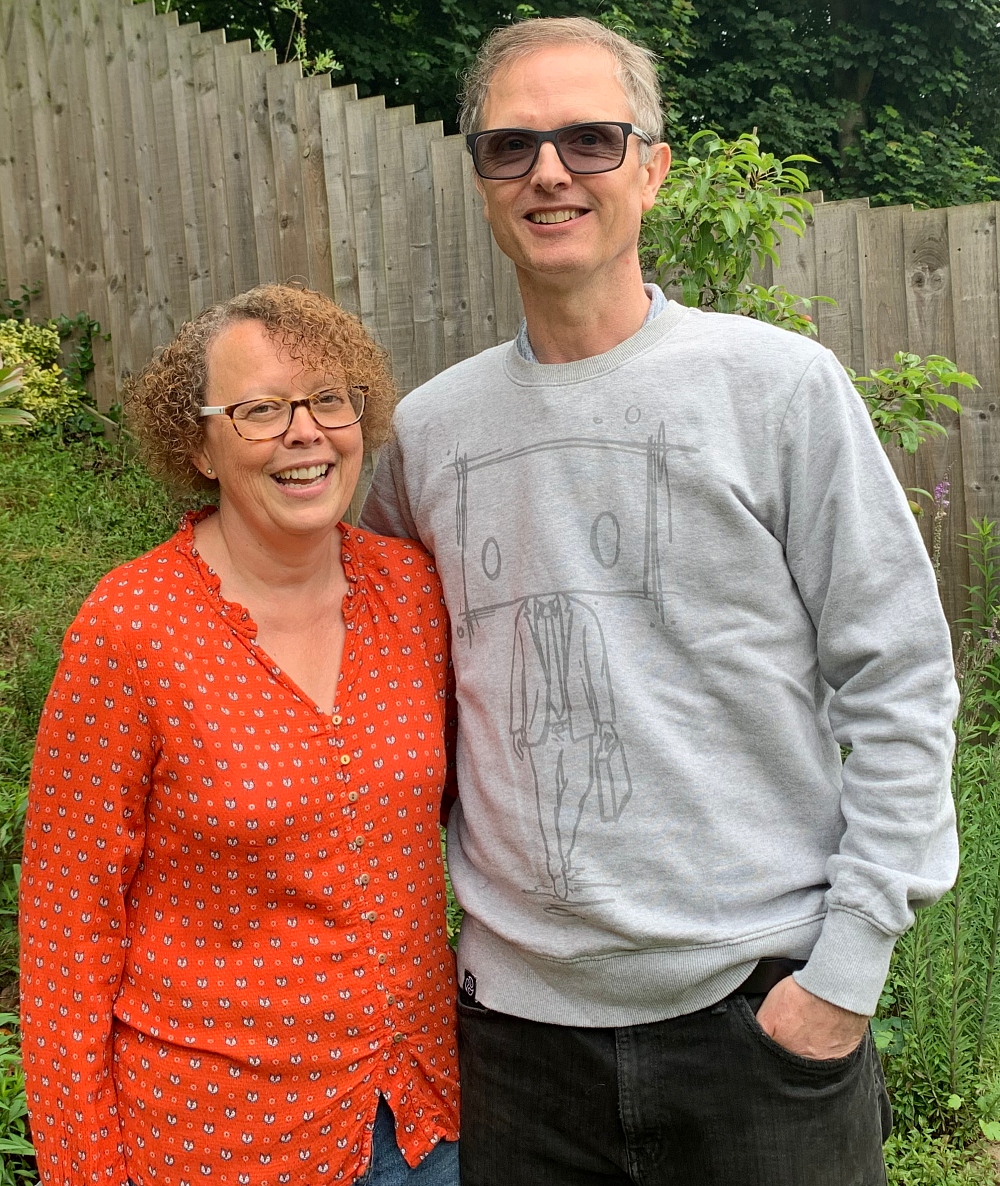 Bernie added: “All the staff, from the medics on the scene and in the air ambulance to those in the hospital were great and always kept me informed of what was happening. I knew I could call at any time and join video calls with Dave when he was being visited by doctors.

“I would like to say a great big thank you to everyone involved for getting Dave home. I really do not think we could have had any better care.”

Their son, Luke, is studying for a PhD in Sheffield and says it was difficult being so far away from home, but he was constantly kept updated and reassured.

“I remember the first paramedic calling me and being so calm when he explained what had happened, and then the nurses in hospital were so cheerful and friendly, helping dad to video call me – once he’d had his glasses delivered!

“I can’t say thank you enough to those from EEAST, SARS, EAAA and Royal Papworth Hospital for their quick response, support and the amazing treatment that they have provided.”

Learn how to use a defibrillator (British Heart Foundation)