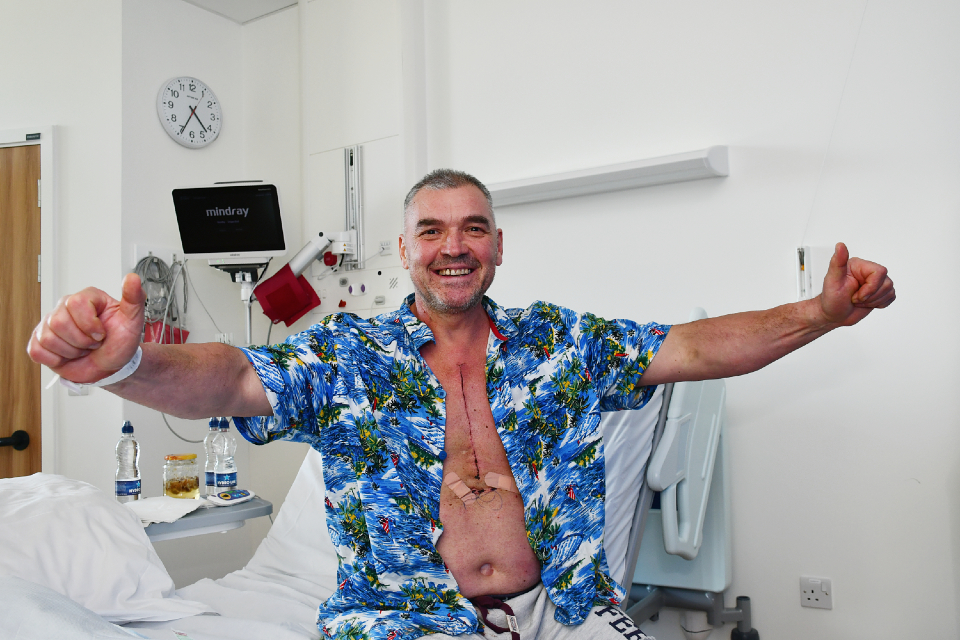 A construction worker from London has become the 2,500th patient to undergo a type of pioneering lung surgery at Royal Papworth Hospital in Cambridge.

Pulmonary endarterectomy (PEA) is an operation to clear blood clots from lungs and lasts up to 10 hours, during which time a patient is drained of all their blood and their body cooled to half its normal temperature.

It is a treatment for a rare condition called chronic thromboembolic pulmonary hypertension (CTEPH), which occurs in approximately 2-4% of patients who are diagnosed with blood clots on the lungs (pulmonary emboli).

The best treatment for CTEPH is to remove the deep-lying clots from the lungs through PEA surgery.

Father-of-two Radu Vizitiu, 53, from Ealing in west London, has become the 2,500th patient to benefit from this highly-specialised operation at Royal Papworth Hospital.

It feels great to be back home with my wife, back at work and living my life again. Thank you to the NHS.
Radu Vizitiu
PEA Patient

A machine operator working on the Tideway Project in London, Radu had no signs of being unwell but was sent to a GP after a mandatory medical as part of his job.

“I operate machinery, including the huge tunnel boring machine used to excavate the earth between London and the Thames Valley,” Radu said.

“Because we are working deep below ground, a requirement of work is to be extremely fit in case we need to evacuate in the event of an emergency. We therefore have medicals every three months to ensure we are in good health.

“I felt completely fine and had no symptoms, but it was during one of these check-ups that doctors noticed I was showing signs of a possible clot. I would have gone on to develop symptoms, but this meant that my condition was picked up early.”

Radu saw his GP and was then referred for a CT scan before having a MRI scan at Hammersmith Hospital where they diagnosed pulmonary thromboembolism.

“It was a big worry when I was first told about a possible clot. I am so grateful for all the care I have received and to the team at Royal Papworth from before, during and after surgery,” Radu said a few days after his operation while recovering on the ward.

“It feels great to be back home with my wife, back at work and living my life again. It is amazing. Thank you to the NHS.” 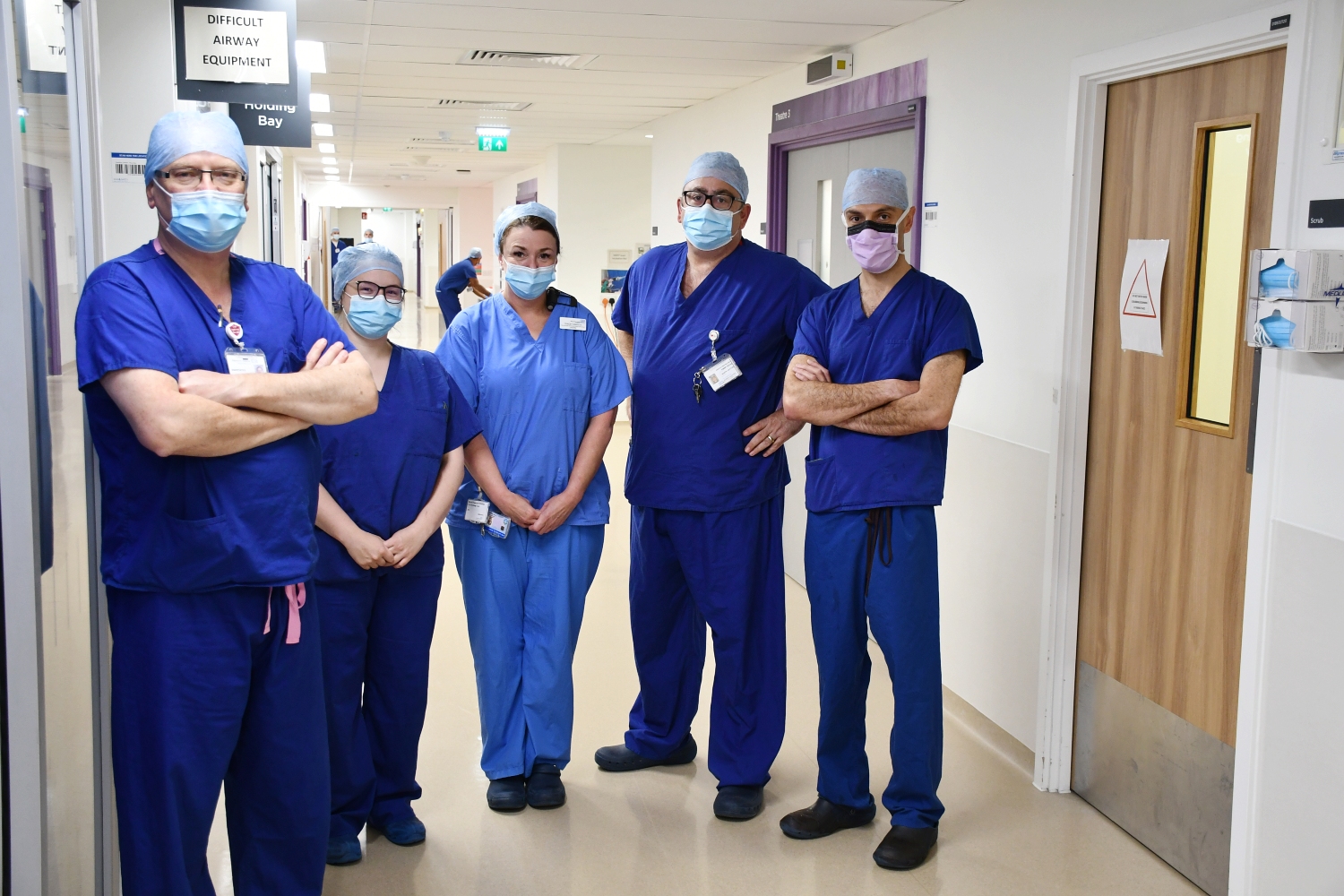 “Radu’s operation was very successful thanks to the teamwork from everyone involved in theatres, critical care and on the surgical ward where he underwent rehab, led by our specialist PEA nurses,” said Mr Taghavi. “It is great to hear that he is back at work and back to normality.

“CTEPH is a life-limiting and life-shortening condition but for most patients who have this surgery their level of activity, quality of life and life expectancy will be significantly improved after treatment.”

“I have been involved in the PEA programme here for nearly 20 years and seen it grow throughout that time, both in terms of the number of patients we treat and refining our techniques,” added Dr Arrowsmith.

“We have at times been the biggest centre in the world, and can now treat patients who may have even a few years ago been deemed inoperable.”

Royal Papworth Hospital’s pulmonary endarterectomy service began in 1996. Up to 200 operations are performed each year with some of the best long-term outcomes internationally.

It is also the only UK centre providing an alternative to PEA for patients who are ineligible for surgery - balloon pulmonary angioplasty (BPA) - which was commissioned by NHS England in 2018.