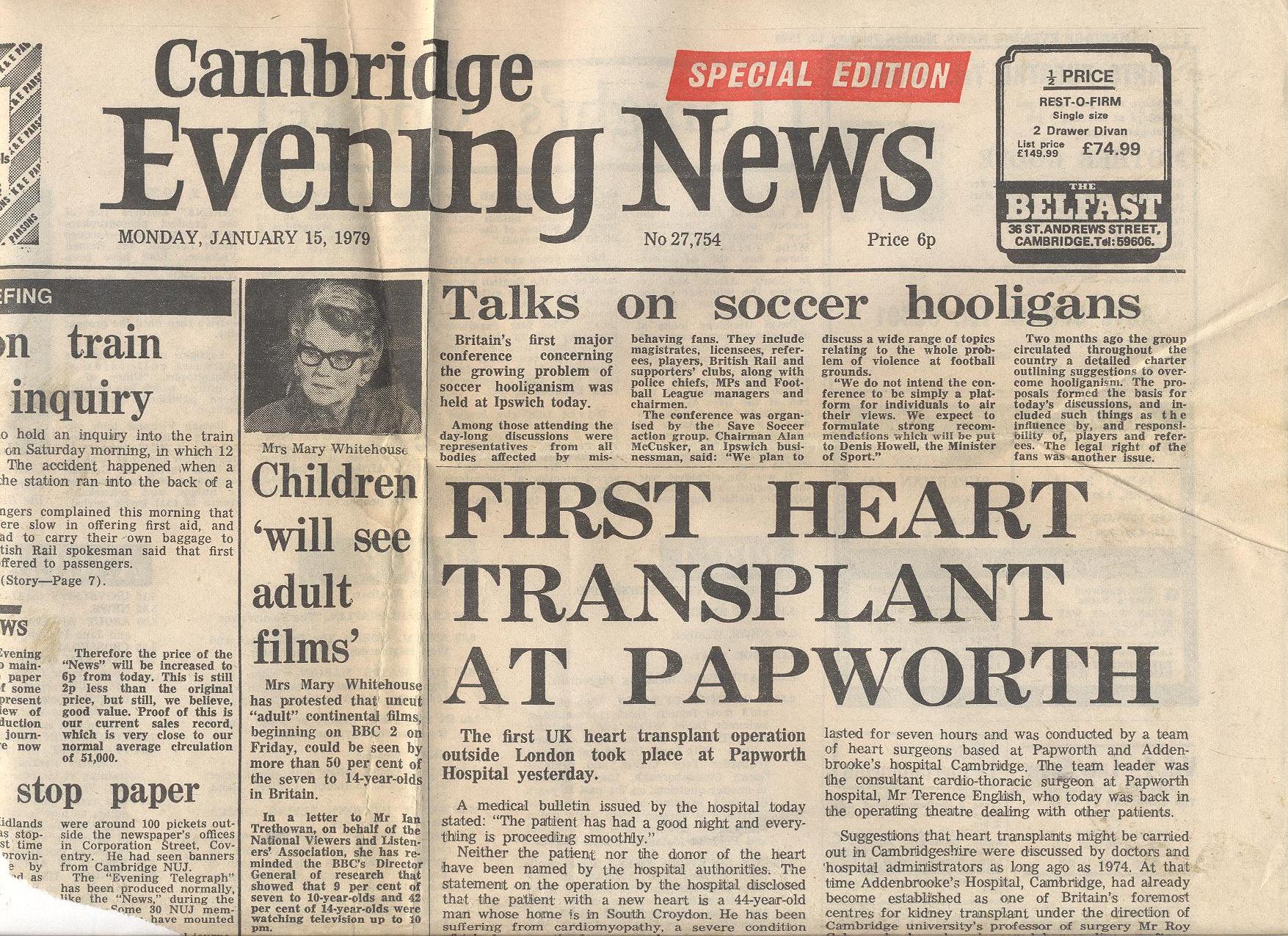 On 14 January 1979, a 44-year-old patient underwent the operation, which was overseen by surgeon Sir Terence English, having spent a prolonged time in hospital with advanced heart disease.

The recipient died 17 days later after developing a brain injury, but the dramatic effect of providing a patient in terminal heart failure with a normal functioning heart had been shown.

The very first heart transplant in the UK actually took place at the National Heart Hospital in May 1968 and was the tenth in the world at the time but was, unfortunately, unsuccessful.

With survival rates failing to improve, heart transplants were stopped in the UK and around most of the world until 1979 when Papworth Hospital joined only a handful of other centres in the world performing heart transplantation.

“Royal Papworth achieves the highest UK outcomes after transplant in the short and long-term, which has brought many years of happy lives to so many patients and their families. We should also remember the amazing gift of life given by so many donor families during the most difficult circumstances.”

A few days before the 40th anniversary, Royal Papworth reached another significant landmark, with its 1,500th patient receiving a heart transplant.

And not only does Royal Papworth have one of the longest-running heart transplant programmes, it is also one of the most successful, with the highest UK survival rate.

“Now, as then, Papworth continues to be a centre of excellence with a pioneering spirit,” Dr Lewis added.

“The development and success of the DCD (Donation after Circulatory Death) heart programme, the largest in the world, is testament to that. This programme has enabled more than 50 patients to receive hearts from donors which would otherwise not have been used, resulting in an increase in the number of transplants per year by a third.”

Later in the year, in August, it will mark 40 years since Royal Papworth’s second heart transplant patient was treated.

Keith Castle lived for more than five years after the operation, which was performed by Sir Terence English, making it the UK’s first heart transplant with long-term success. Four of the first six patients went on to live for between three to eight years.