Sons perform for their father at Royal Papworth Hospital

The brothers from Peterborough, who comprise the band Endeavour, played to their dad who is being treated for motor neurone disease at Royal Papworth Hospital. 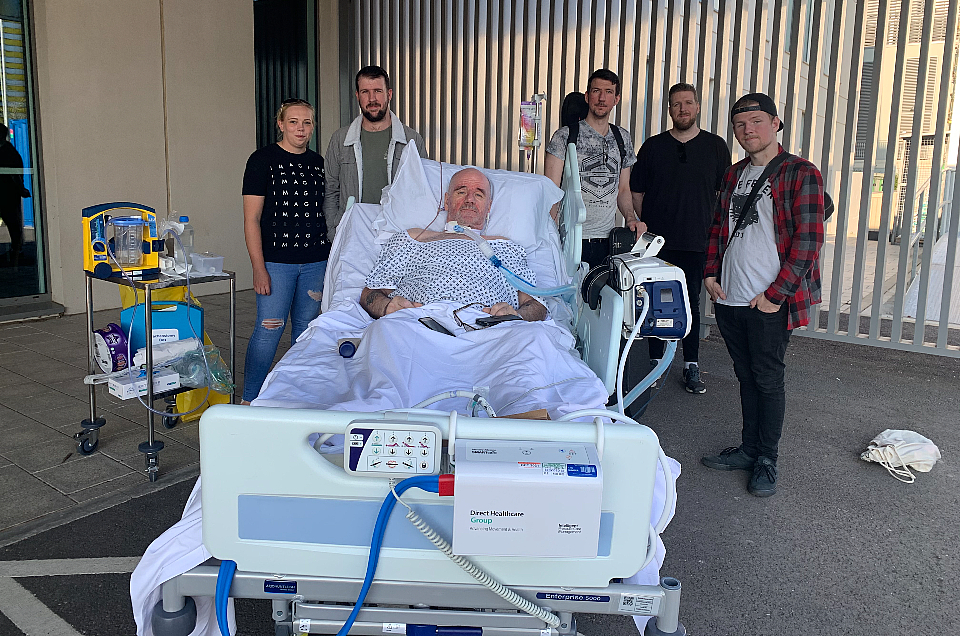 A band of brothers performed a special gig this week for their father who is being treated at Royal Papworth Hospital in Cambridge.

Gary Radley, 62, has motor neurone disease and is under the care of the hospital’s Respiratory Support and Sleep Centre where he is currently admitted as an inpatient.

He asked the team of doctors, nurses and healthcare support workers if his sons, who make up the Peterborough-based band Endeavour, could play some songs for him outside.

The father of four says that seeing his sons and hearing their music has provided him with extra motivation to be discharged from hospital, where he has been since the end of June, first at Peterborough City Hospital before being transferred to Royal Papworth Hospital at the start of September.

“Seeing my boys has given me a massive boost. My aim is to get home and spend whatever time I have left with my partner Valerie and the rest of my family,” Gary said from his hospital bed. I am so grateful to the NHS for everything they’ve done for me and my family over the years.”

Gary’s sons Brandon, 24, Shawn, 32, Garren, 23, and Shane, 33, who formed Endeavour alongside friend Kieran Eassom, 26, gathered around their father, who had been wheeled downstairs from the ward on the third floor to the front of the hospital, to perform a number of songs including covers of Foo Fighters sons ‘Wheels’ and ‘Learn To Fly’.

Garren said: “Our dad has been our driver, our roadie, our engineer, our merchandise guy, our manager and our security, but as well as that he is our best mate.

“We know how much he loves music and how happy it makes him to watch us play, which is why it means the world to us that Royal Papworth Hospital allowed us to come and visit and perform some of his favourite songs.”

“Dad is the most amazing man and loves Foo Fighters too,” added Shawn. “Thank you so much to the wonderful staff at Royal Papworth Hospital for allowing us to do this.”