Cardioversion: Improving the quality of life for patients with irregular heart rhythms

Cardioversion is a low-risk, non-invasive procedure for people who have heart rhythm problems such as atrial fibrillation (AF). 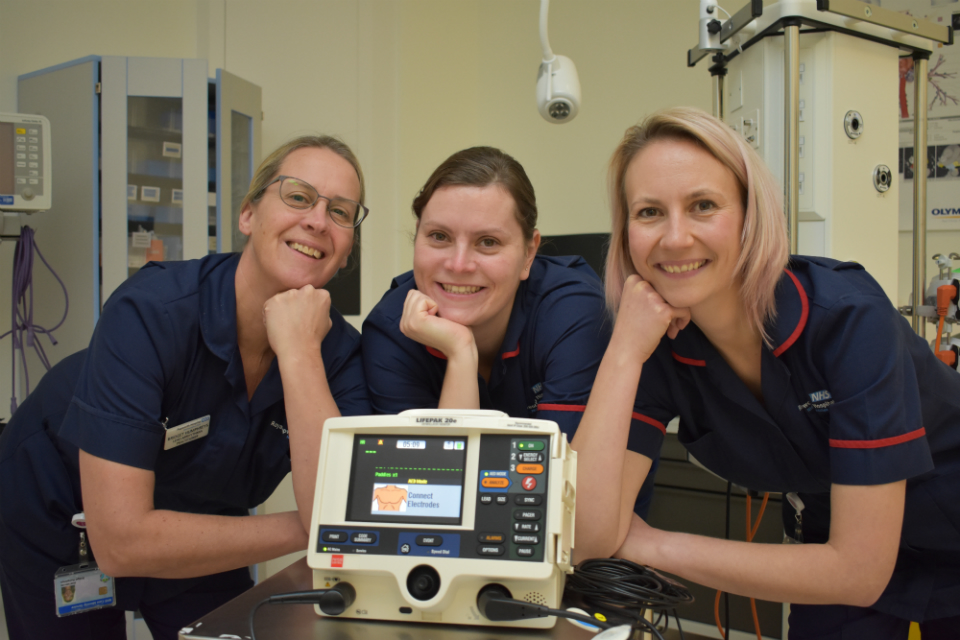 “I have to be honest, I was quite worried when I was told my heart would be stopped and restarted, but the team were excellent at putting me at ease and it went so well.”

Cardioversion is a low-risk, non-invasive procedure for people who have heart rhythm problems such as atrial fibrillation (AF).

For most patients – like Mr Gathercole quoted above - while their condition is not life threatening it can affect their quality of life. Symptoms include fatigue, palpitations, chest pain and limited exercise tolerance.

Managing that arrhythmia by administering an electric shock to the heart can restore normal rhythm, called sinus rhythm, thereby improving symptoms. This can also act as a bridge to the longer-term solution of ablation.

Led by a team of six specialist nurses, Royal Papworth Hospital treats about 150 patients each year through this pathway.

“We are essentially correcting the heart rhythm,” explains Nicole Rand, Lead Nurse for Cardioversion. “There’s no way of telling how long the correction via cardioversion will last but we do have a very high success rate of greater than 95%.

“A patient will come into day ward in the morning and have bloods taken, an ECG done and other checks, as preparation for the procedure.

“We will see eight patients during a day and one-by-one we take them into the treatment room, which is usually a bronchoscopy suite where a nurse, an anaesthetist and an operating department practitioner will be present.

“The patient will be attached to monitoring, sedated with general anaesthetic and then shocks will be delivered to the heart through two pads via a defibrillator. We administer up to three shocks, re-assessing the rhythm after each shock to see if we have restored the normal sinus rhythm. ”

The experienced arrhythmia specialist nurses make the decision as to whether a shock has been a success, with most patients needing only one or two.

The patient then continues their journey through to recovery for monitoring before returning to the day ward. An arrhythmia nurse then explains the outcome of the cardioversion with the ECG results before the patient is discharged a couple of hours later.

There is a less than one per cent chance of stroke with cardioversion, compared to the much higher risk for people living with untreated AF, and waiting lists are short.

Ian Gathercole, who is 64 and from Godmanchester, underwent a cardioversion at Royal Papworth in July 2019 after initially presenting at A&E at Hinchingbrooke Hospital.

“I didn’t know I was in AF until I started to get pain in my chest and arms and thought ‘I’m having another heart attack’.

“I went to Hinchingbrooke and they picked up it was actually AF, so I was referred to Royal Papworth and booked in for a cardioversion.

“When you get told your heart is being restarted it is daunting but the entire team was just so friendly and efficient – I can’t speak highly enough of them.

“I had got to the stage before the cardioversion when I was lethargic and tired throughout the day but since the procedure I’m back to walking six miles a day with my two Jack Russells, Remy and Annie. They are crazy so keep me on my toes and now I am able to keep up with them again!”

If you want to be part of Royal Papworth Hospital's nursing team, come to our Nursing Recruitment Open Day on Saturday 15 February.