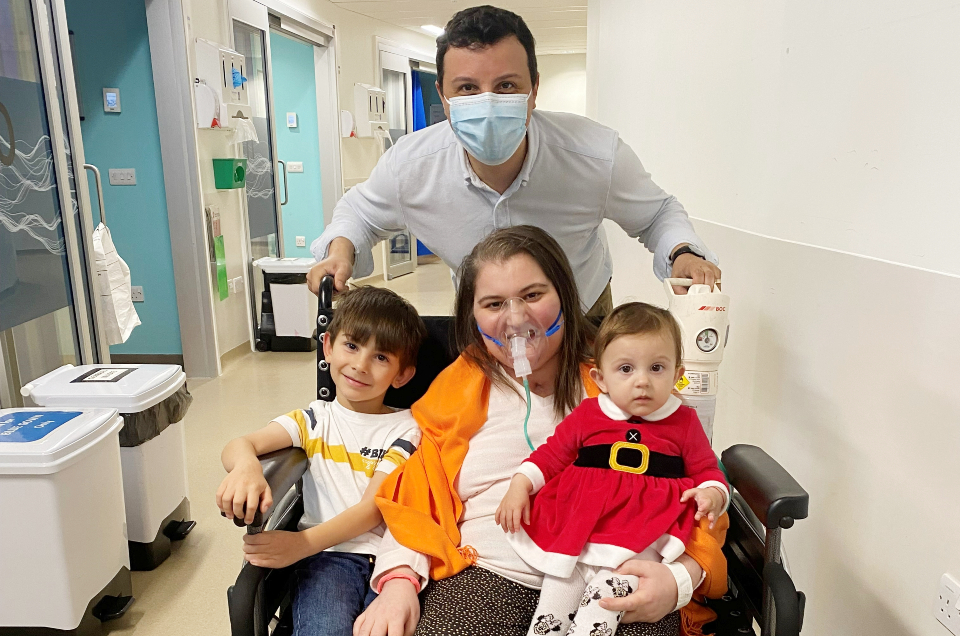 A postpartum patient from Colchester who contracted COVID-19 whilst 36 weeks pregnant has gone home to her baby daughter after more than a year in hospital.

Her condition quickly deteriorated and, following an emergency C-section, she was put into a coma before being transferred to Royal Papworth Hospital’s critical care unit for the most advanced form of mechanical respiratory support.

On Thursday (17 November), she was clapped from the ward by dozens of NHS staff who cared for her, joined by her husband Mike, son Eduard, 6, and daughter Thea, 1. 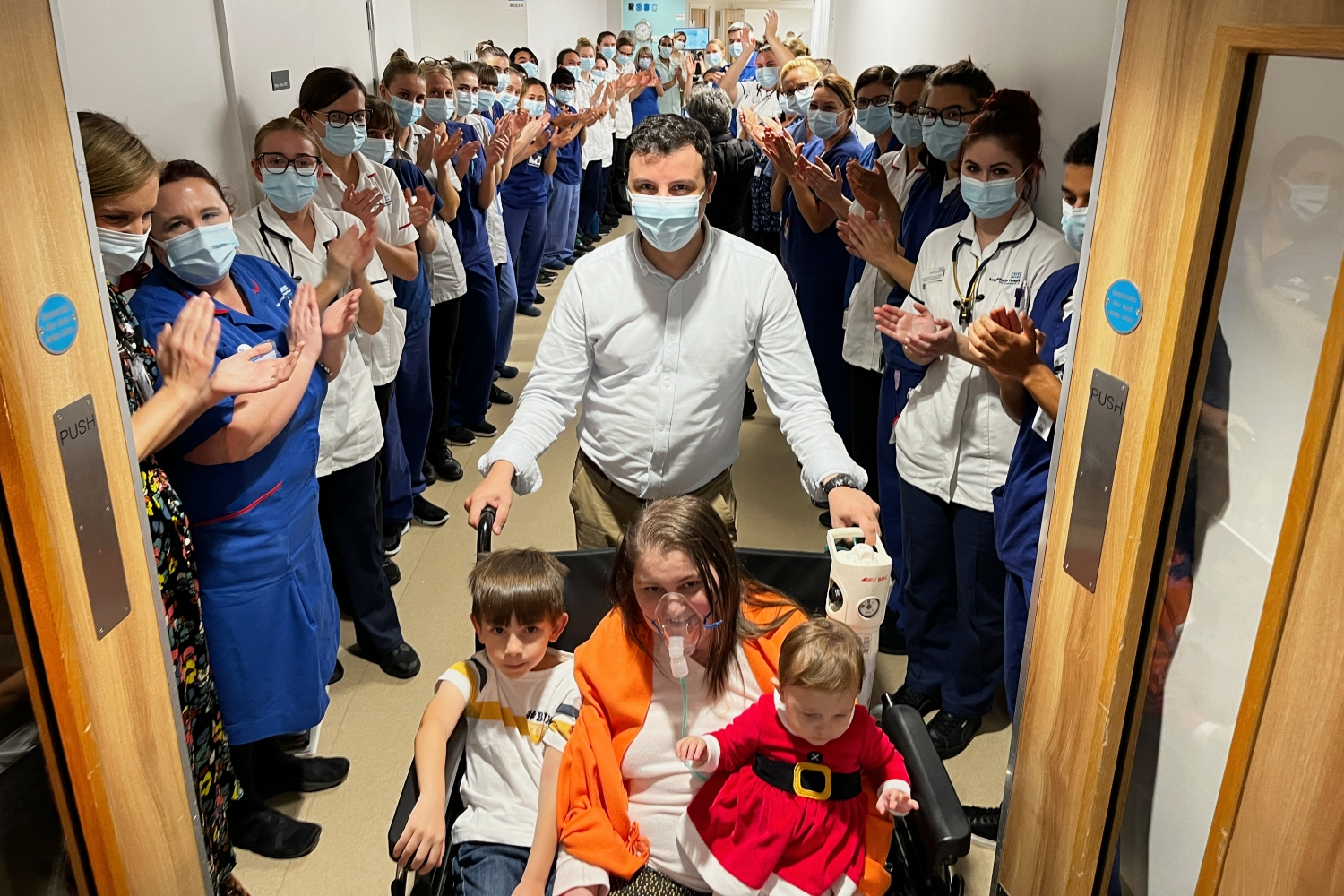 Nicole has been in hospital for almost 13 months

Nicoleta was unvaccinated and caught COVID-19 eight months into her pregnancy. Her breathing became difficult and her condition deteriorated quickly. After visiting her GP, she was sent to her local A&E at Colchester Hospital.

The team there quickly realised the dangers to her and her daughter, and delivered Thea by emergency caesarean section. Nicole was then immediately placed into a coma.

Around two weeks later, on 7 November, with her condition still not improving, Nicole was referred to experts at Royal Papworth Hospital for ECMO support.

ECMO (extracorporeal membrane oxygenation) is a machine that takes carbon dioxide out of the blood while adding oxygen in. It is essentially an ‘artificial lung’, allowing a patient’s lungs time to rest and recover while other treatments are applied.

She was woken from her coma in February 2022, by which point Thea was nearly four months old.

“After the C-section I remember nothing,” said Nicoleta.

“I woke up and was being nursed by Romanian healthcare support worker, and she spoke to me. I asked her ‘what day is it’ and she said ’22 February 2022’. I couldn’t believe it, it was too much.

“I was told my chances of survival were very small; nobody expected me to live. I was so, so poorly.” 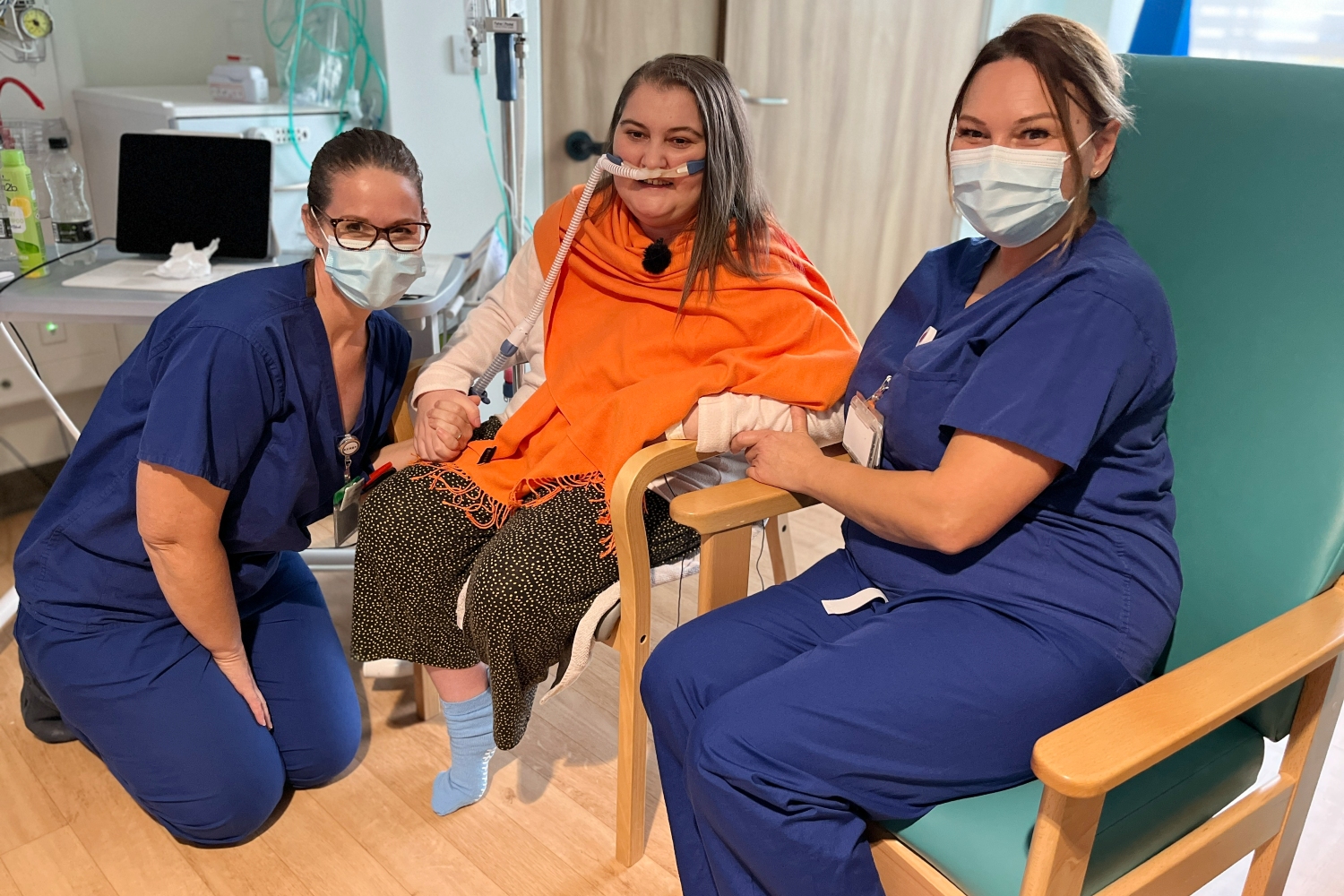 Romana (right) was the first nurse Nicole remembers. Kerry (left) is a sister in critical care.

When Thea was six months old, Nicoleta was strong enough to be able to hold her daughter for the first time.

Nicoleta remained on ECMO support in Royal Papworth’s critical care unit until 31 August; her run of 299 days on ECMO is the longest ever at the hospital.

In September, she was slowly taken off the ventilator and onto a high flow form of oxygen which she will continue to use at home.

After collaborative teamwork from nurses, healthcare support workers, doctors, physios, speech and language therapists, radiographers, anaesthetists, dieititans, pharmacists, perfusionists, occupational therapists and so many more, Nicole was transferred to the Respiratory Support and Sleep Centre (RSSC) in October to continue her recovery.

It was there that staff held a first birthday party for Thea to allow Nicoleta to be there.

In an emotional goodbye, Nicoleta was joined by her family to say goodbye to her ‘second family’.

“It has been very difficult as I have not been able to spend time with my daughter or my six year old son, but I can now spend the rest of my life with them and my husband thanks to all of the people at Royal Papworth.

“I didn’t speak any English when I was first admitted, but all of the staff here have helped me in many ways including helping me with my English as well as throwing that party for Thea which was just amazing.

“Whilst I was in critical care, the staff wrote well wishes in a notebook for me which I will treasure forever. They have all written beautiful words; they are now my second family.

“My wish is to live with my kids and see them grow up, something I didn’t think I would get the chance to do.” 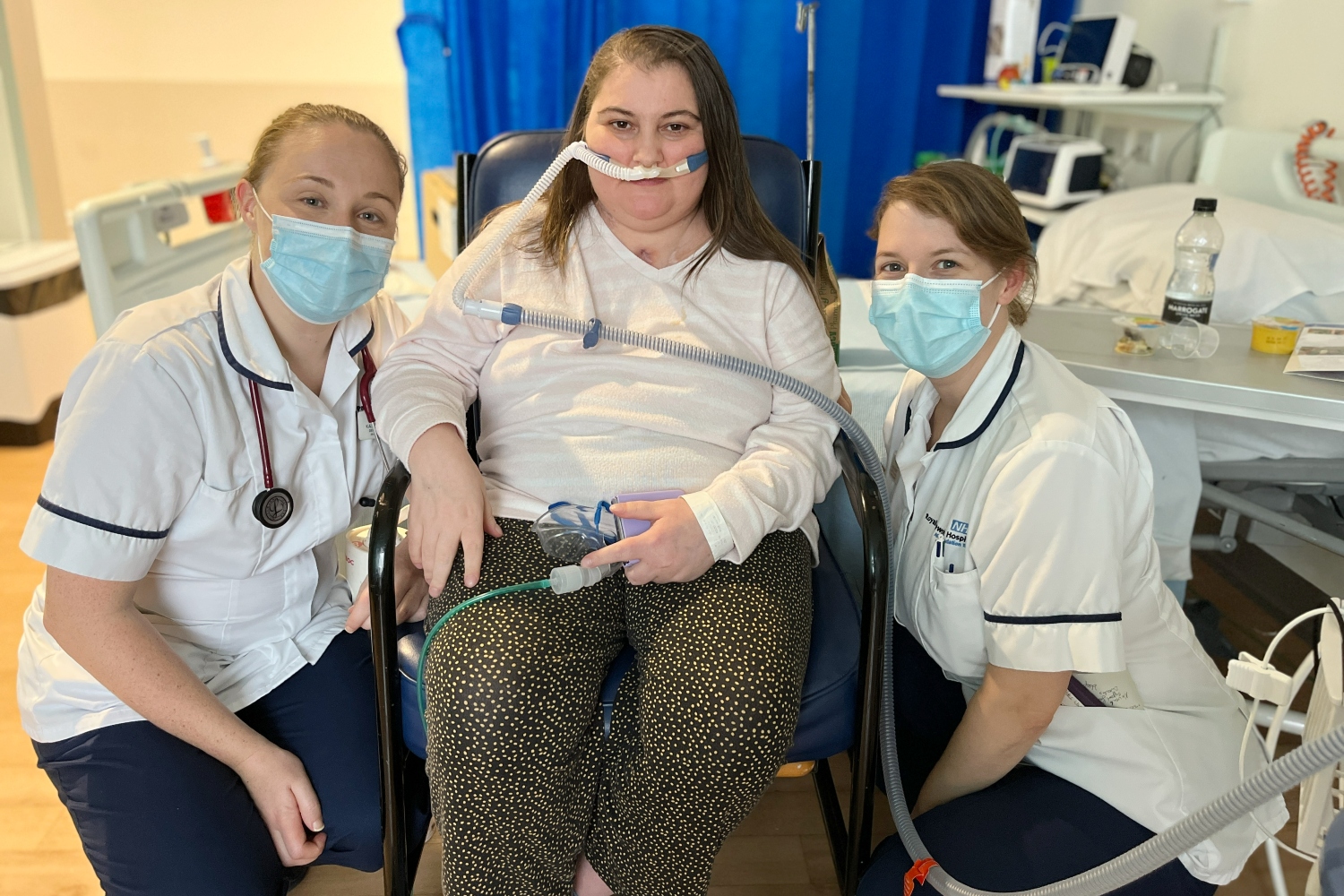 Kat (left) and Nikki (right) are physios in critical care and RSSC who cared for Nicoleta.

Other examples of personalised care given to Nicoleta include the supportive and palliative care team translating emotions from Romanian into English to help her express herself, and the occupational therapy team teaching her how to play the piano.

Nicoleta also paid tribute to her husband who made the three-hour round from Colchester to Cambridge to visit her every day.

“We are so thankful to everybody who helped my wife. You have been our family,” added Mike.

“I wish all the staff the best in the world and my wife is alive because of you.”

During her time at Royal Papworth, Nicoleta was cared for by a variety of teams and people. ECMO alone involves intensive care specialists, ECMO specialist nurses, ECMO trained nurses and clinical perfusion scientists.

When Nicoleta departed the hospital, she was sent off with applause and celebration from dozens of staff that had helped her fight COVID-19 and get her home to her young family, as well as those that had helped make her stay as comfortable as possible including housekeepers, cleaners and admin staff.

On her departure, Nicoleta concluded: “We are so happy. Thank you so much for your help and I want to give each of you a big hug. You are just the best.”

Nicole with Mike and son, Eduard, and daughter, Thea.