Cystic fibrosis and us: Luke Peters and Sammie Read

Luke and Sammie have been CF patients at Royal Papworth Hospital for a combined 50 years. For CF week, they talk treatment, transplants and trail blazing. 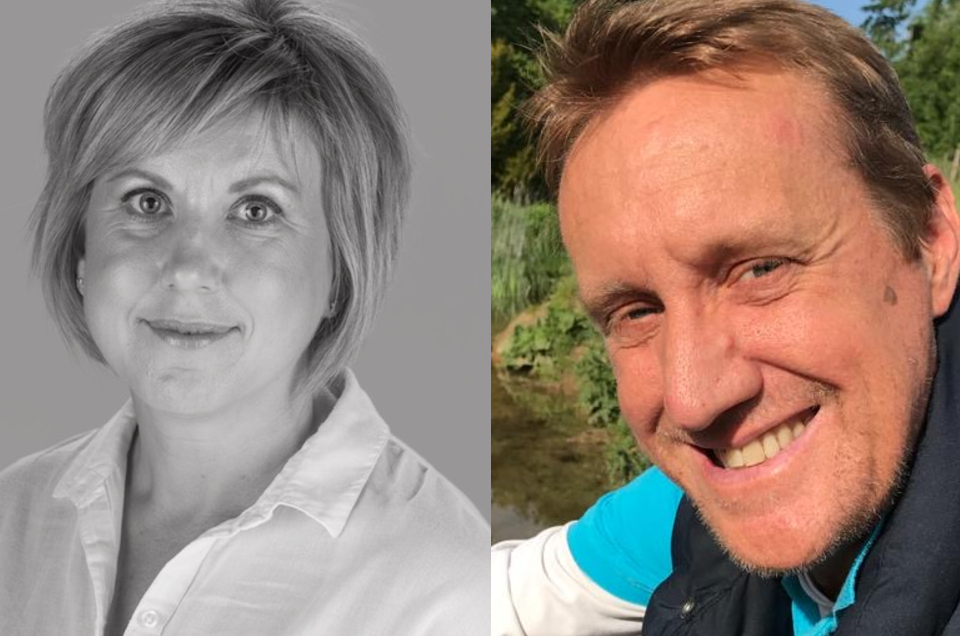 I am Luke and along with my good friend Sammie, both have the chronic condition, cystic fibrosis (CF). We are both longstanding patients at the Adult Cystic Fibrosis Centre at Royal Papworth Hospital. I am 48 years of age and Sammie is 40. I live near Newmarket with my wife and two children, whilst Sammie lives near Stowmarket with her husband Ewan, and her two dogs (Ozzy and Nelly).

CF is a genetic condition affecting more than 10,000 people in the UK. It is something you are born with and not something you can ‘catch’ and is identified through the heel prick test.

CF is caused by a faulty gene, which causes a build-up of thick mucus in the lungs. This creates a range of health issues that affects each CF patient differently, from digestive issues to other organs being affected. It makes infection more likely and means a daily routine of medication, nebulisers and physiotherapy to clear the mucus from the lungs. I have been a patient at Royal Papworth since 1994 and Sammie since 1996, giving us a total length of service of 50 years. Not bad for two people whose parents were told when we were born that we would be lucky to make it to our teenage years.

CF is caused by a faulty gene, which causes a build-up of thick mucus in the lungs

Yet here we both are, several decades on, defying the odds and both living fulfilling and enjoyable lives despite having CF. Rather than letting the course of our lives be dictated by the condition, through our determination, the excellent care by the whole CF team at Royal Papworth Hospital and not to mention a decent dose of good fortune, we are still able to live, breathe and lead rewarding lives.

Given that this week marks CF Week 2020, we thought that we would shed some light on what our lives with CF have involved, when not being consumed by hospital appointments and inpatient stays, multiple daily medications and physiotherapy sessions, and generally trying to remain as fit and as well as we possibly can.

I was in my mid-20s before CF really took hold of my health. I then started a steady decline in lung function over the next two decades. I became a regular inpatient over that time and in particular spent the first four months of 2003 at Papworth when I became the UK’s first CF patient to be diagnosed with an non-tuberculosis mycobacterium lung infection (or ‘NTM’ for short); a particularly resilient bacteria which sadly, has since become increasingly prevalent in the CF community. However, thanks largely to the work carried out by the team at Royal Papworth, NTM infections are now much more understood and treatable than they were back in 2003. 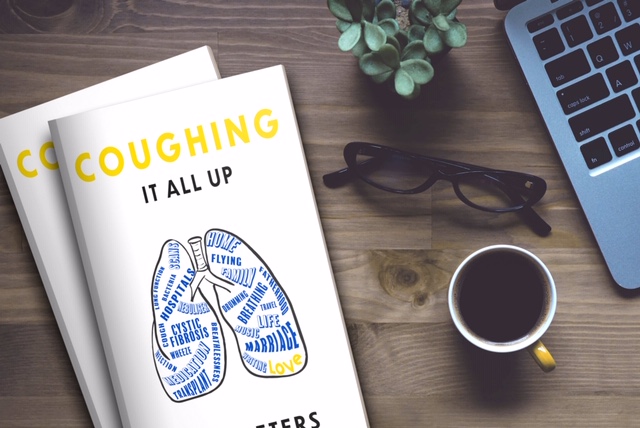 My lung function eventually decreased to the extent that in May 2019, I had a double lung transplant in order to save my life. Although the transplant itself was carried out at Harefield Hospital in northwest London, putting me on the waiting list for transplant was a decision taken by the incredible CF team at Royal Papworth, under the excellent guidance of Dr Charles Haworth and Dr Helen Barker. I have just passed the first anniversary of my transplant and although there have been bumps along my road to recovery, I am doing well and have starting to enjoy the amazing second chance that the transplant has given me.

During the 28 months that I waited for my transplant, I spent that time writing a book about my life with CF; partly as a form of therapy, but also so that my young children might learn something about my life should I not survive the wait or the operation to tell them myself.

Thankfully, my chance for transplant came and since then, I have finished the book and hope to have it published in September of this year. Entitled ‘Coughing It All Up – Chronicles of a Remarkable Life despite Cystic Fibrosis’, it is not simply a book about CF, transplant or being ill. It is a testament to what is possible despite a chronic condition like CF, by maintaining hope and a positive outlook on life, however hard that life might be at times. I have been fortunate to experience some amazing things in my life, enjoying careers in both commercial aviation and as a solicitor (before retiring on medical grounds) and amongst many other things, living in both in the USA and France, and obtaining a pilot’s licence.

I am currently running a crowdfunding campaign to assist with the publishing costs of ‘Coughing It All Up’, with a donation from the funds raised also going to the Cystic Fibrosis Trust, the UK’s leading charity for those with the condition and their families. Should I reach my target, then any surplus will be donated to the adult CF centre through Royal Papworth Hospital Charity. Details of the crowdfunding campaign can be found the foot of this article, where you will also be able to learn a little more about me and read a couple of exclusive extracts from the book itself.

Here we both are, several decades on, defying the odds

Sammie has become something of a CF ‘trail blazer’ in the last few years. She was one of the first CF patients at Royal Papworth to be selected for Project Breathe - a first-of-its-kind project which aims to use technology and home monitoring to reduce clinic appointments and inpatient stays through the early detection of health deterioration. In 2018, through her close association with the Cystic Fibrosis Trust (built up through her participation in Project Breathe), Sammie was selected to become the subject of a CF-based exhibit within the ‘History of Medicine’ Gallery at the Science Museum in London. This exhibit is due to remain in the museum for 25 years.

Sammie has most recently been prescribed a revolutionary, triple therapy medication for CF patients called Trikafta. This combination therapy has shown great promise during clinical trials and is now being rolled out to selected CF patients, of which Sammie is fortunate to be one. Sammie’s hope is that this medication will increase her lung function, reduce infections, improve her quality of life and ultimately delay the day that she might require a lung transplant herself, possibly by many years.

In recent weeks, with the COVID-19 pandemic confining those in high-risk groups, such as Sammie and I, to the boundaries of our homes, Sammie has been compiling a regular video diary which she has been posting on YouTube. Updated every few days, ‘Sammie’s CF Staycation’ videos have been enjoyed by her subscribers.

When not concentrating on manging her CF, Sammie enjoys going to the gym, taking her two dogs for long walks and a variety of arts, crafts and needlework - skills finely tuned during the copious time she has spent as an inpatient over the years. For her 40th birthday, she organised a charity ball, with the proceeds (totalling £20,000) being donated to the Cystic Fibrosis Trust. 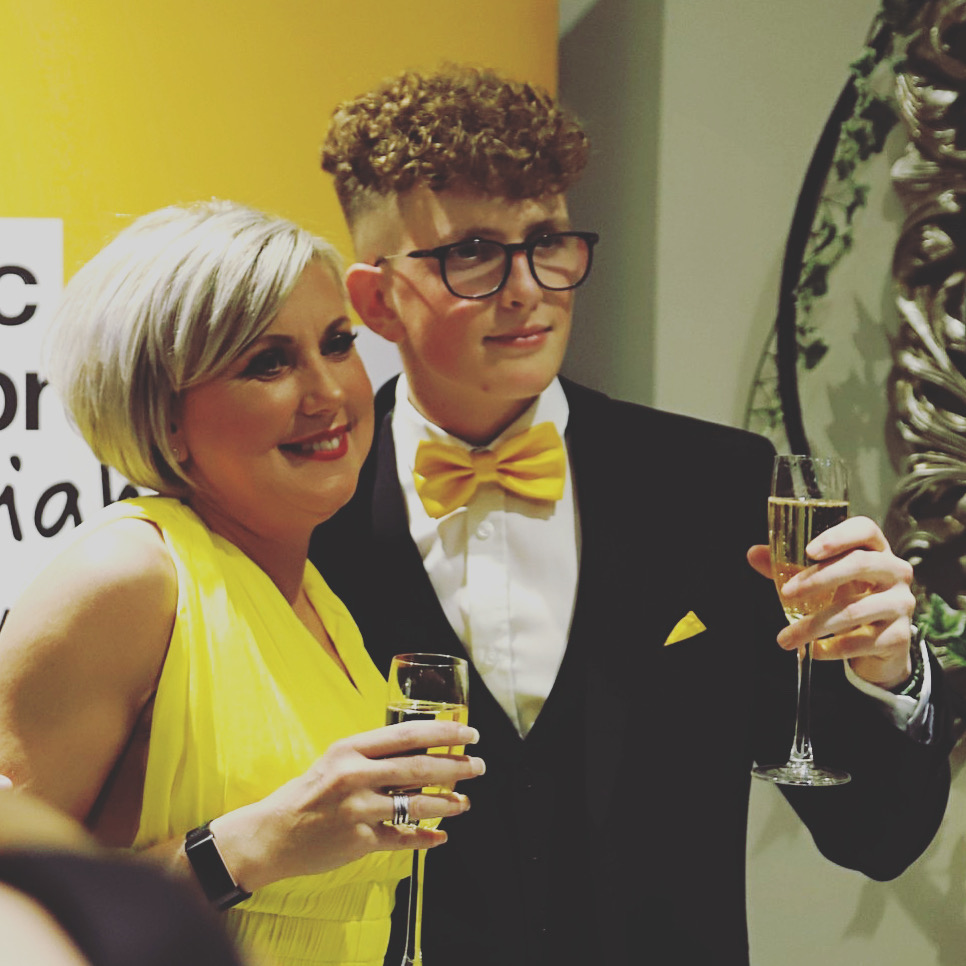 Sammie with her son at her 40th birthday fundraising ball

The two of us have been through some tough times together in the 24 years we have known each other. Yet we have come through those times and are still able to enjoy a deep friendship, initially formed at the old Royal Papworth Hospital site so many years ago, in the days before cross-infection rules which restrict CF patients from mingling with one another.

Our hope is that articles like this will raise awareness of CF and will additionally give hope to those with the condition that, even with CF, you can still live a remarkable life.

Both Sammie and I consider ourselves to be extremely lucky that despite having CF, we have managed to do so much with our lives. Following my transplant and with Sammie starting Trikafta, we have so much to look forward to.

A life with CF is hard; the condition is pervasive and there is no release from the afflictions it imposes. Yet, we believe that so long as our good days continue to outnumber the bad, and with the continued support from the truly exceptional team at the adult cystic fibrosis centre at Royal Papworth Hospital, we have so much for which to be thankful.

More details on Luke’s 'Coughing It All Up' crowdfunding campaign

Find out more about Project Breathe