Carole was discharged from hospital and reunited with her family last week after having an aortic valve replacement. 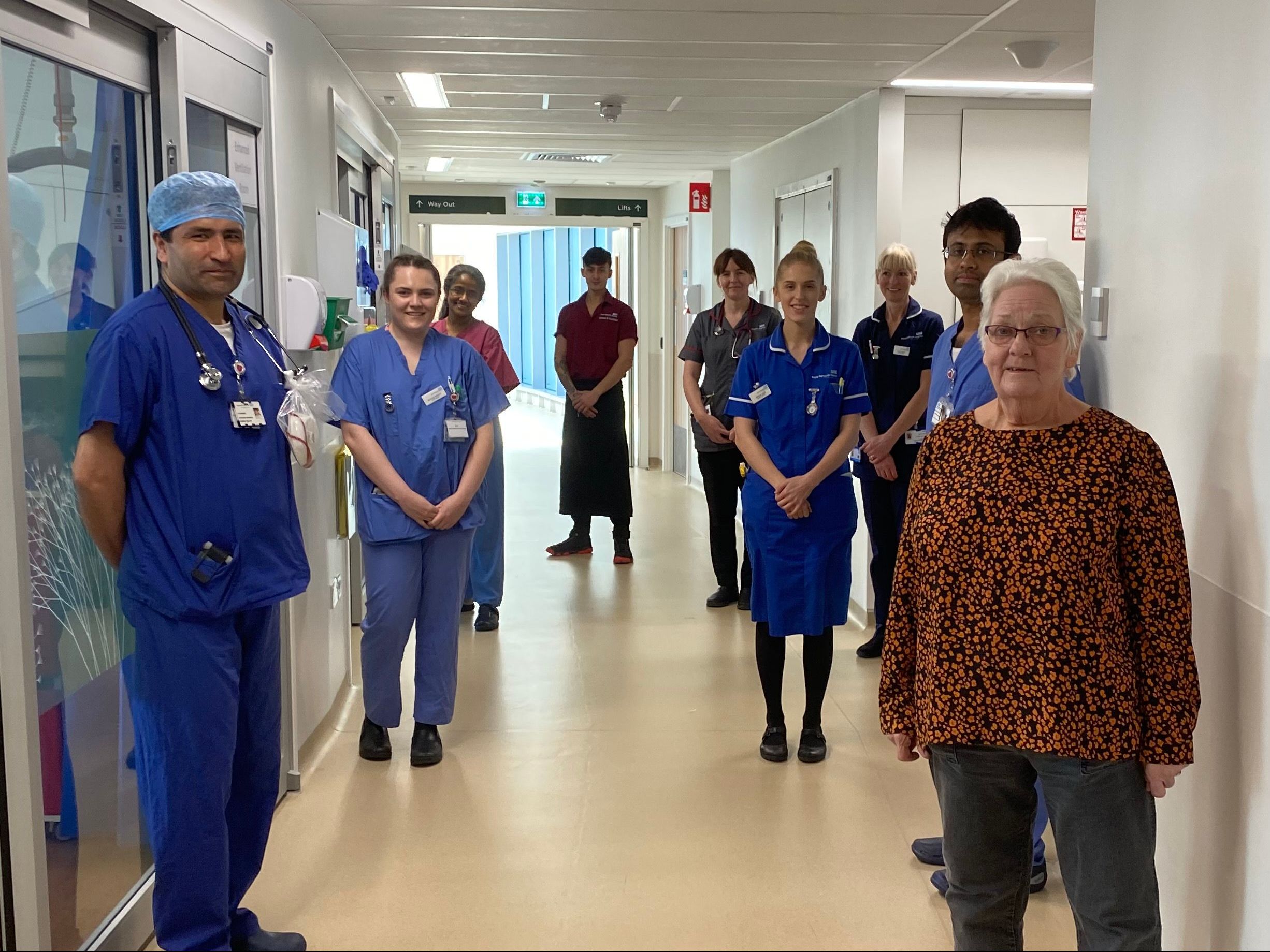 Carole Pankhurst was discharged from hospital and reunited with her family last week, having been the first patient to be operated on after recovering from COVID-19 at Royal Papworth.

The 68-year-old underwent an aortic valve replacement – a major operation used to treat problems with the heart’s aortic valve. In Carole’s case, the valve had become narrowed, obstructing the flow of blood out of the heart.

She also suffers from chronic obstructive pulmonary disease (COPD), a condition where airflow to the lungs is restricted, and had been transferred to Royal Papworth for some tests on her lungs before a date was set for her surgery.

However, shortly after arriving it was confirmed that she was COVID-19 positive.

“It was sometime in the middle of March when I was brought in,” recalled Carole. “I thought I would just have my lungs checked and then I could go, but I was told I would need to stay.

"I don't think I've ever been in a better hospital"

“I ended up being in the hospital for much longer than I expected. My husband wasn’t allowed to come in the ambulance with me, so it felt like a really long time not seeing him in person.”

The surgery was delayed several times while waiting for Carole to recover from the virus, although she recalls her symptoms were actually very minor, especially considering her lung condition meant she was at increased risk.

“I had a bad tickly cough but other than that I felt OK. I was more scared after waking up from my operation, but my brother-in-law has had the same surgery so I kind of knew what to expect beforehand.”

Just over a week after her operation on Tuesday 7 April, Carole returned to her daughter’s house, where she and her husband stay for part of the year, to continue her recovery.

“I’m so pleased and grateful to be back with my family. It’s been hard not being able to see them but we’ve been keeping in touch over the phone and I’ve spoken to my grandson on FaceTime pretty much every day.

“Staff at the hospital have also been keeping me company. I don’t think I’ve ever been in a better hospital – everyone is up for a laugh, which is all you need really.”

Carole previously worked as a carer, which she said has made her appreciate what the staff at the hospital do: “To do this kind of job, you’ve got to know how people want to be cared for and what they need. My family and I are very grateful to them.”

"We can never say thank you enough"

“This was a worrying time for us all, which was only exacerbated by the current COVID-19 situation,“ added Carole’s husband, Kevin. “We could not have asked for better care and we are so thankful for the NHS, and each and every staff member who made Carole's stay more comfortable. We can never say thank you enough.”

Mrs Catherine Sudarshan, Consultant Surgeon at Royal Papworth, performed Carole's surgery: "I am pleased that Mrs Pankhurst has done very well following her aortic valve replacement. The credit goes to her determination, her positive attitude as well as all the staff, especially on Ward 5 North, who did a sterling job (as always!) in looking after her following her surgery."