Meet the nurses who are updating their knowledge - and bringing new skills back to the hospital. 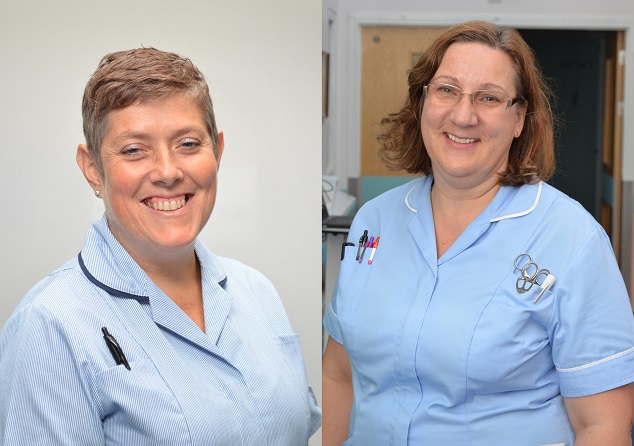 Former nurses are re-entering the profession at Royal Papworth Hospital - thanks to a special collaboration between the hospital and Anglia Ruskin University (ARU).

The Return to Practice programme offers them the chance to get up to date with the latest nursing skills and knowledge and make the most of the experience they already have.

Mum-of-three Jane Brass has been back at the hospital as a registered nurse since May this year, when she completed the three-month refresher course. As part of the programme she spent time on the wards and attended ARU one day a week.

“I’d been out of the profession for 17 years,” she said. “I left Papworth in 2000 because I had young children and because my husband’s job meant he travelled a lot – it made things difficult when it came to childcare. Not long after that we moved to California for eight years.”

The family returned to the UK and when the children began to leave home for university last year, Jane - who qualified as a nurse in London in 1986 – began to look for a job. She saw an advert for Royal Papworth’s Return to Practice programme and decided to find out more.

“I hadn’t intended to come back – because previously it would have meant having to retrain again, but Return to Practice made it a lot easier,” she said.

“I think I was the one who’d been away the longest out of everyone on my course. The biggest difference now is the use of technology – the last time I was here it was all paper forms. We covered all of the main changes. On the whole the care is the same, but the turnover of care is faster.”

Raych Clay, who has six children, is currently on the course and expects to become reregistered at Royal Papworth in early 2019.

After graduating from Birmingham University in 1996, Raych worked at John Radcliffe Hospital in Oxford for four years before relocating to Uganda with her husband to work at a children’s centre for orphans.

They moved back to the UK 10 years ago. Like Jane, Raych saw an opportunity she didn’t want to miss now her children are older. She heard about Return to Practice during a chance encounter at a Jazzercise class near Cambridge earlier this year.

“I got speaking to two women who it turned out were senior nurses from Royal Papworth’s Alert Team. They told me about the programme and it just made sense to explore it. The hospital has good connections at ARU - I attended a selection day and started in September.

“I’ve spent time on the wards shadowing people, getting involved, meeting patients; I’ve been there absorbing and learning every single moment. Things have moved forward and changed a little bit, but at the same time I’ve picked up transferrable skills during my time away that I’ve been able to bring back with me.

“The major change is the use of technology. Twenty years ago we had one computer on the ward – most of the nurses didn’t touch it. Now we use hand-held tablets and there are more responsibilities.

“I would recommend anyone in a similar position to me finds out more about the scheme – we have so much fun and it’s a lovely team.”

For more information about Return to Practice nursing - click here.