Speaking up during Black History Month 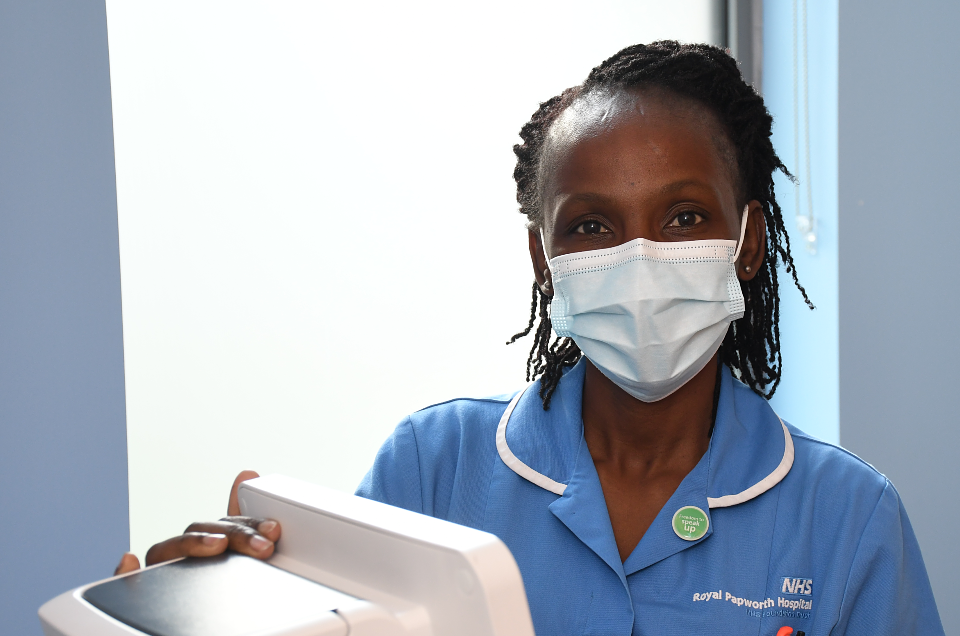 Berin Krenek is a staff nurse at Royal Papworth Hospital, working in day ward. Alongside her nursing duties, she is also a Freedom to Speak Up (FTSU) champion and a student co-ordinator, roles in which she acts as a voice for others and helps to bring about positive change.

She shares her story for Black History Month and Freedom to Speak Up Month, which both take place every October.

I made several applications which were unsuccessful and attended so many interviews. The feedback always was that I had no UK experience. This made me question myself because I had made it clear I had only worked abroad. Was it my name that got me through or my race that got me out of the door? I was clearly good enough for an interview but not a job.

So I decided to give care work a try.

I started as a community carer where I faced some challenges, often being met with derogatory language. I remember breaking into tears when I went into a service user’s house and the relatives said something very upsetting. I called my manager and she told me not to get all wound up for no reason, this is how these people normally talk. 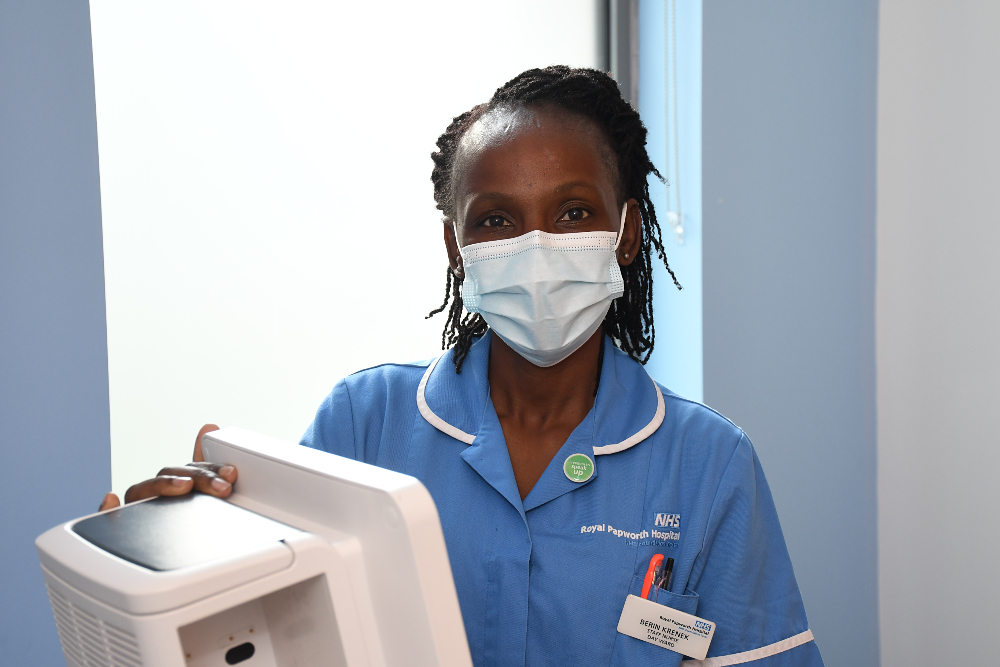 Berin started working in our day ward in 2018.

So I was encouraged to ignore what had happened and to carry on with my job.

Eventually I started working in hospitals, where the issues were similar. I would have patients say ‘is there no white nurse I can talk to?’

Even staff were wanting to hand over to colleagues who looked like them because perhaps they thought they couldn’t understand me as I had an accent.

But I loved nursing and in 2015 I finally enrolled in a course after finding it difficult to get somewhere to accept me.

Doing a nursing degree feels like doing it twice, because you have your coursework and your placement and you have to pass both.

After three years I graduated with a first class honours and I am so proud of that. My father was able to travel to attend the graduation, where I also got an outstanding achievement by the university for all my hard work.

During my placements I found that I really enjoyed cardiology and because of that I wanted to work for one of the best hospitals. I was so pleased to be able to get a place here at Royal Papworth.

I’ve been on the day ward for about three years now where I mainly look after cardiology and thoracic patients. We see about 25 patients each day, some are for diagnostic tests like angiograms or interventions like angioplasty. We also have those who come for surgery like a coronary bypass graft.

During the pandemic I was re-deployed, where I worked as part of the family liaison team for patients in critical care. We would be in daily contact with patients’ relatives and keep them up-to-date with how their loved one was doing in hospital. It was so rewarding. 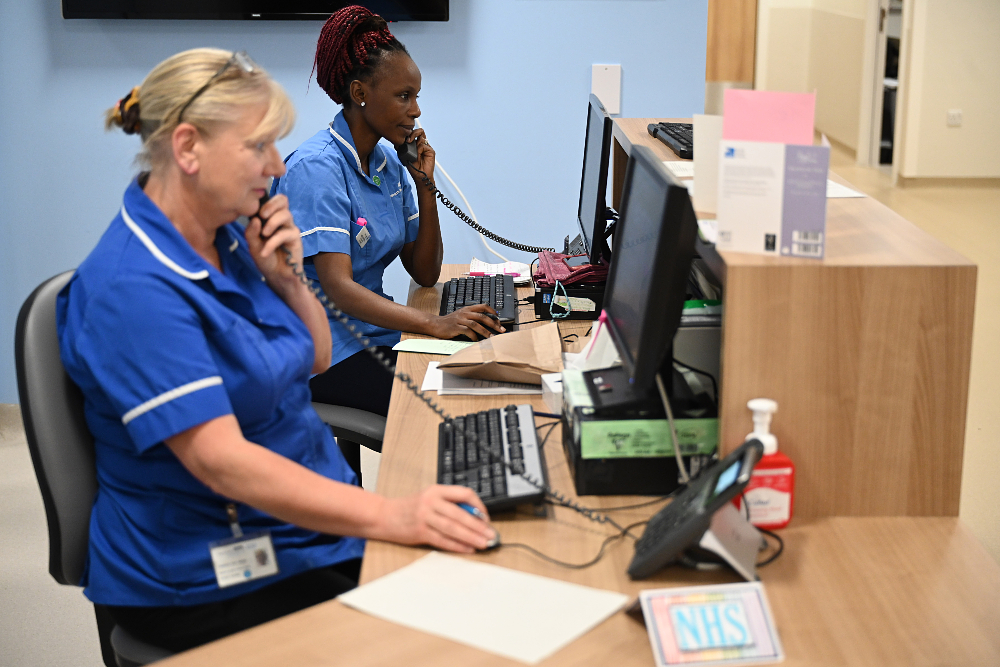 As part of the family liaison team during the first coronavirus surge.

Black History Month really reminds me to celebrate my achievements and gives me the courage to be proud of being me and who I am.

It is an opportunity for people to tell their stories; stories that may have been forgotten, stories of people who have courageously and sacrificially paved the way for us, especially in the NHS.

I am also a student co-ordinator, which means I liaise with the education team and students to ensure students feel included and as part of the team. As a Black student I felt I had to work twice as hard. I can understand the challenges people are facing today, so I can relate to those struggles and be a voice to them.

As a Freedom to Speak Up champion I attend training and learn of the issues we face in the NHS. There is a lot of very important work going on but we still have more to do.

Black History Month is the same as FTSU month for me because I feel that change starts with a conversation. 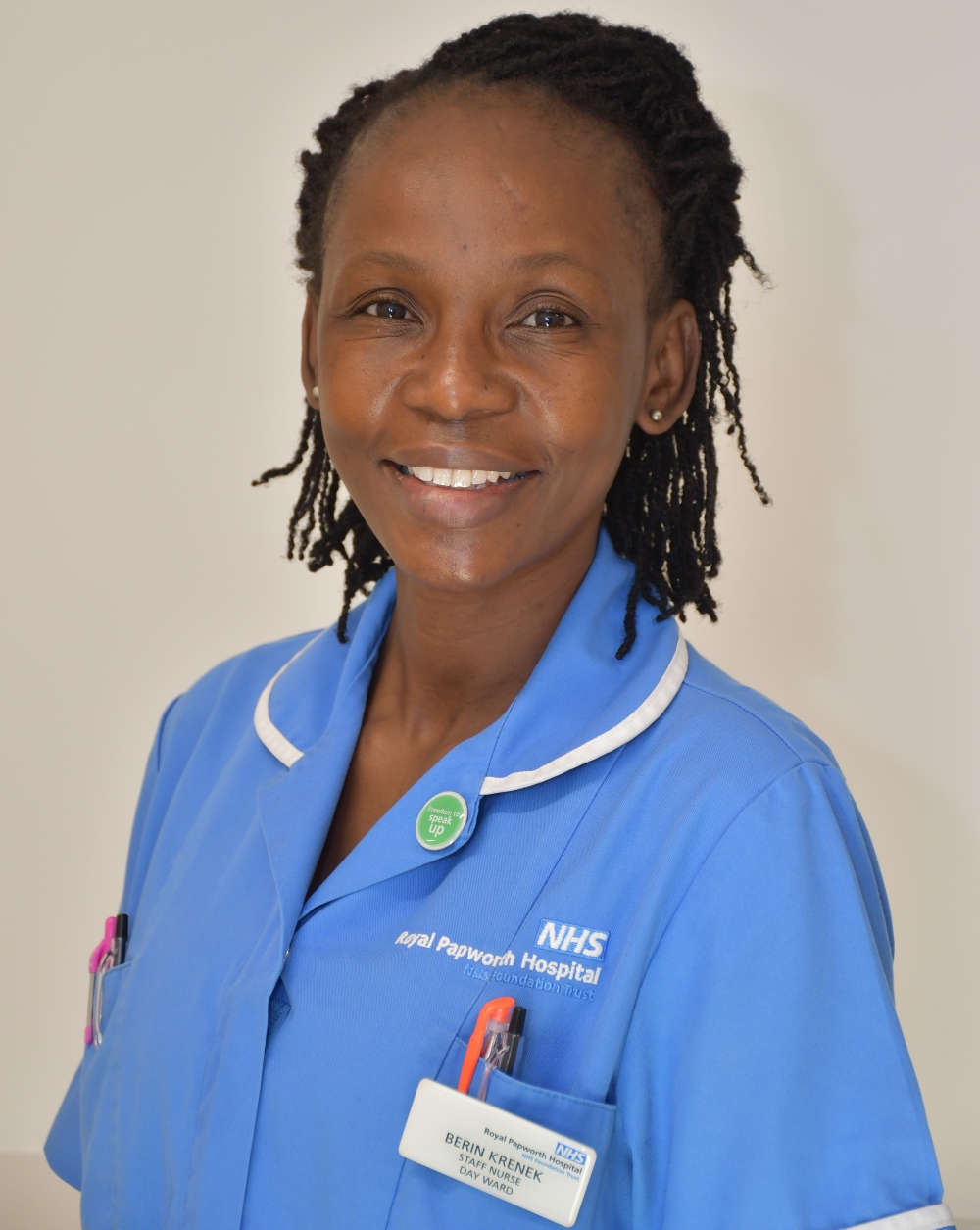 Freedom to Speak Up in the NHS