For Organ Donation Week 2020, Sandeep shares his story in the hope it encourages others to talk about organ donation. 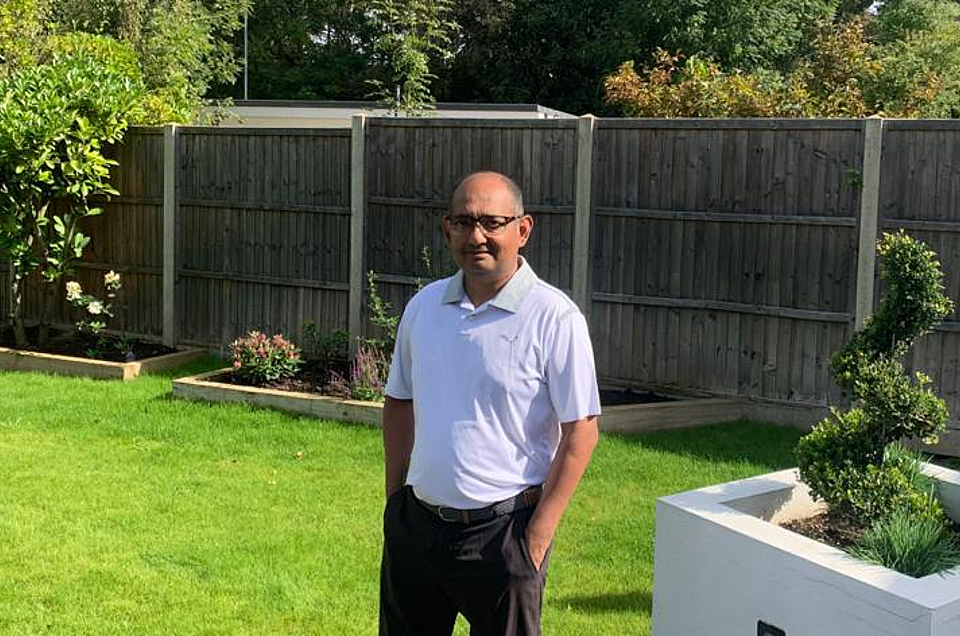 For more than 20 years, Sandeep Shah lived with arrhythmogenic cardiomyopathy – a rare, genetic condition affecting the heart muscle. His disease was managed by an ICD (implantable cardioverter defibrillator) to treat his dangerously abnormal heart rhythm.

But at the start of 2019 his world came crashing down around him.

His condition deteriorated to the extent that he was in end-stage heart failure and was placed on the heart transplant waiting list last May.

Being listed for a transplant was scary

“Having been able to manage and get about, doing everything that I possibly could for all those years, and then suddenly to be in a position where I couldn’t even walk, sit or sleep, it was difficult,” Sandeep reflected.

“Being listed for a heart transplant was scary. I’d very quickly gone from a position of familiarity to suddenly having a lot of unknowns in my life and that was hard to come to terms with.”

During the next few months, Sandeep’s transplant journey was far from straightforward; he had three false alarms in a short space of time, each one being called off at a different stage.

Once a potential match has been made, organs go through multiple checks - at the donor hospital, in transit and when arriving back at the recipient’s hospital – to ensure they are in the best possible condition for transplant.

If at any stage the surgeons, physicians or nurses decide an organ is deteriorating and unsuitable for transplant, then the operation will not go ahead. 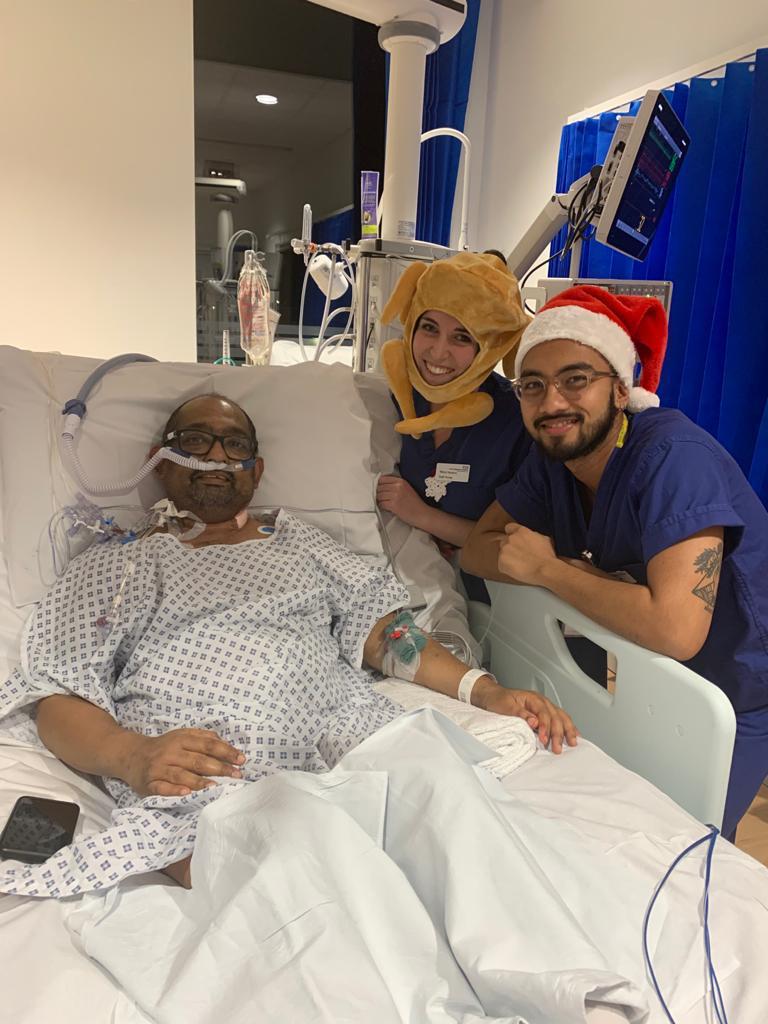 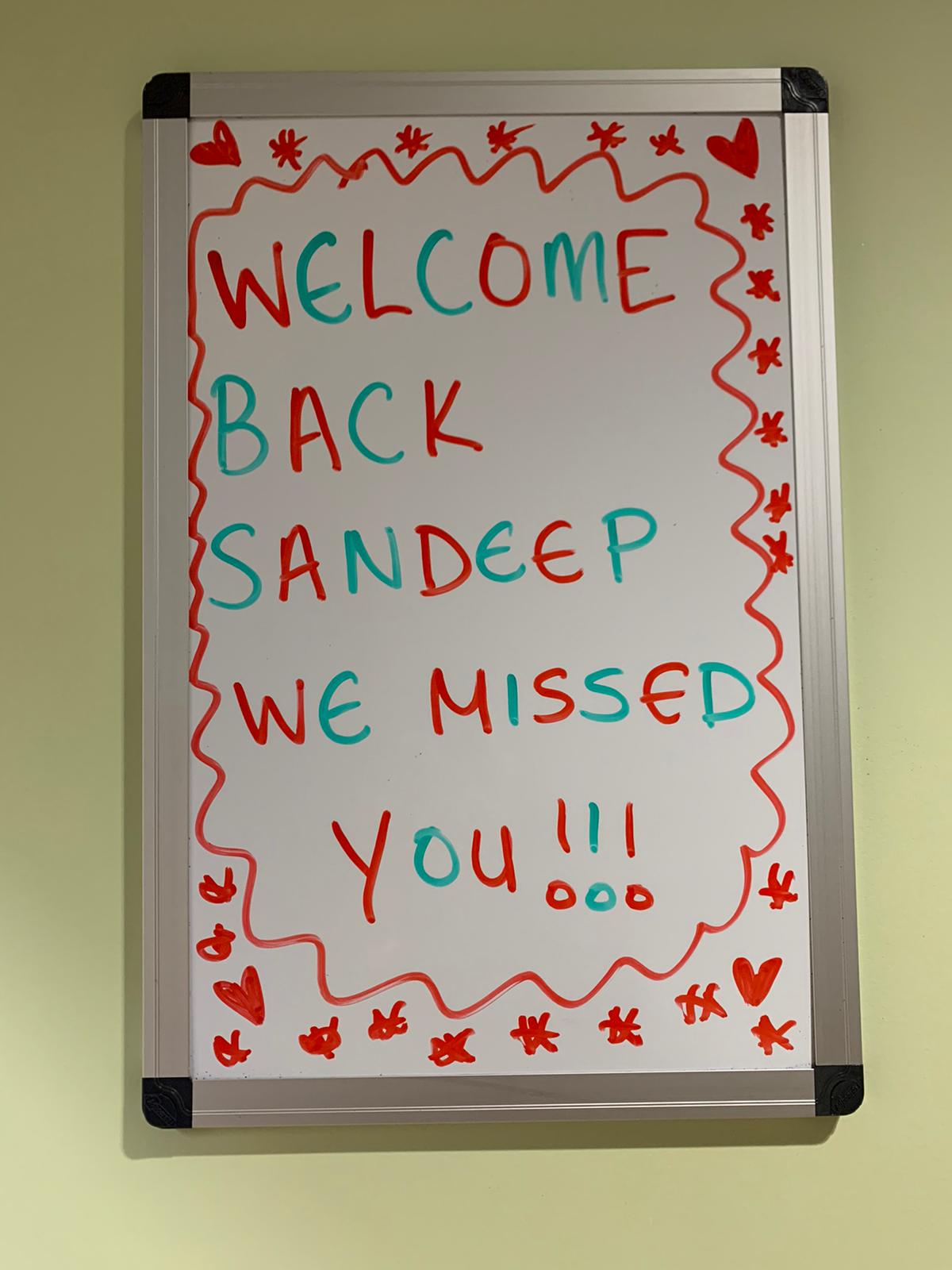 “The first time I was playing golf with friends and just about to tee off when I got the call that a potential donor heart had become available”, Sandeep said with a laugh on his face.

“I got blue lighted to Royal Papworth, it was about four o’clock in the afternoon, and was kept regularly updated by the transplant nurses as to what was happening at the donor hospital. In the end, about five or six hours later, the operation was called off because the heart wasn’t suitable.

“It was scary because – if it did go ahead – these operations carry a risk and so I wasn’t sure if I would see my family again after surgery or not, so there were loads of things going through my mind.

“The second time was just as daunting. I was en route to hospital and got turned around 20 minutes away from Royal Papworth, so while that was disappointing it wasn’t too stressful.

Sandeep had three false alarms before his transplant

“The third false alarm was when I had been admitted to hospital and I honestly thought it was going to happen. We were a long way down the path and it was quite late in the day, I think when the heart had arrived at Royal Papworth, that the surgeons weren’t completely happy with its condition.”

It was fourth time lucky for Sandeep, now aged 49, who was discharged back home to Harrow in London a few weeks after his successful transplant.

Approaching the first anniversary of his transplant, he is back playing golf following months of rehabilitation following a period of shielding owing to coronavirus (COVID-19), and says that he thinks of his donor every single day for giving him a second chance at life.

A Jain by religion, Sandeep says that not a day goes by where he doesn’t think of his donor for giving him a second chance at life and is hoping that his story of survival can encourage other people from black, Asian and minority ethnic people to become organ donors.

Data from NHS Blood and Transplant shows that more black, Asian and minority ethnic people are giving the gift of life through organ donation and receiving lifesaving transplants than ever before, but too many donation opportunities are being missed because families are not discussing the subject and making their decisions clear. 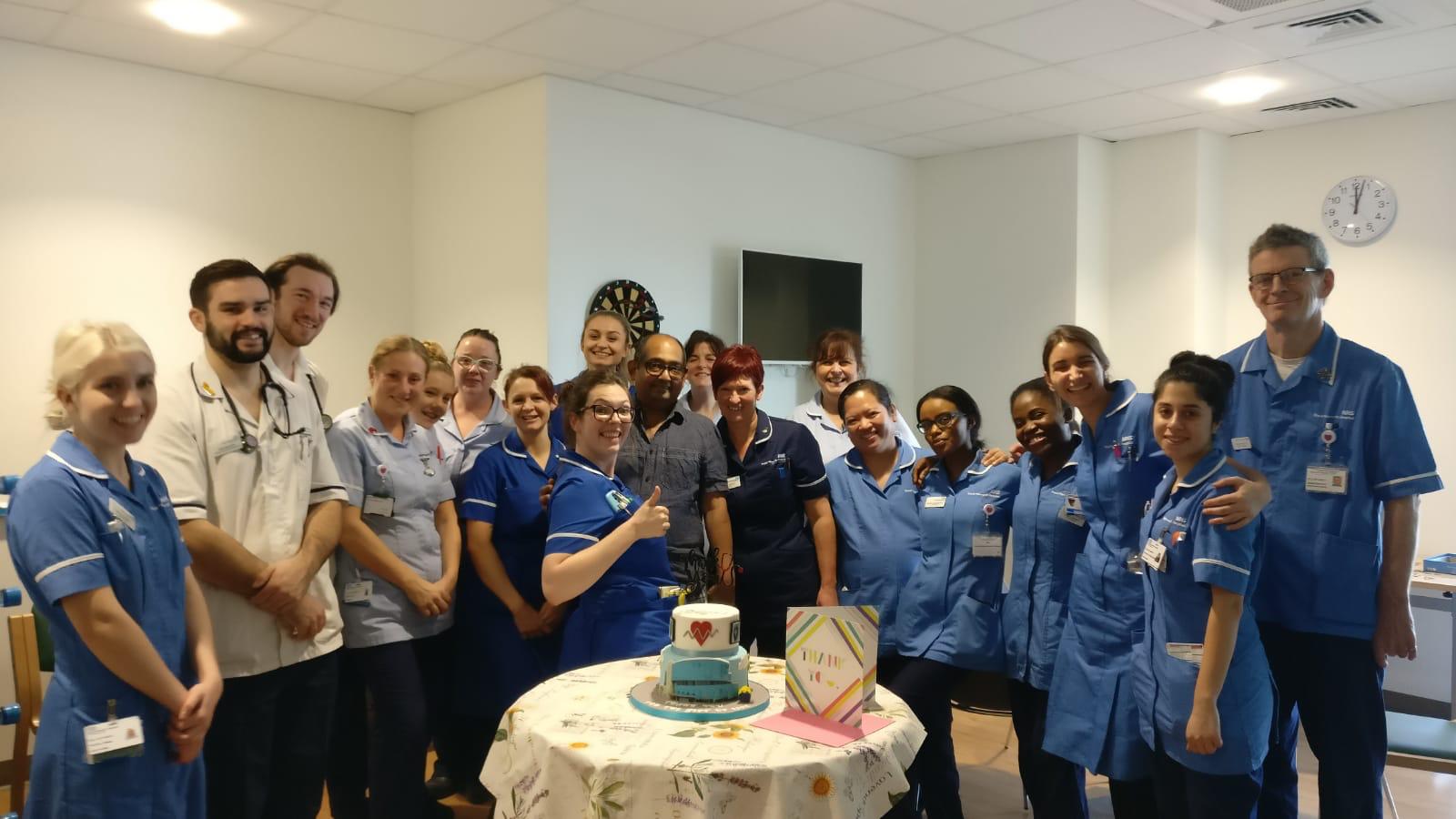 Sandeep celebrated with nurses, healthcare assistants and physios on the day of his discharge from Royal Papworth Hospital in January

“When I left hospital, I gained two new families that day: the staff at Royal Papworth Hospital and my donor. If it were not for the clinical, nursing and non-clinical teams that looked after me and my family so well I would not have had such a marvellous transplant journey and recovery.

“Not a day goes by where I don’t think of and pray for my donor and their family for what they have done for me and their generosity. The decision they made that day means that I am still here, and is quite overwhelming to think they would do that for somebody they don’t know.

“From the research I have done, people from BAME backgrounds like myself are net recipients of organ donation*. Over the last couple of years there has been a lot of investment in outreach programmes to target harder-to-reach areas, but half of opt-outs are from the Asian community so there is still work to be done.

“The organ donation law also changed in May which will hopefully also make a difference, but I just want to urge everyone to please talk about organ donation with your family so you can make your decision clear and they can respect your wishes.” 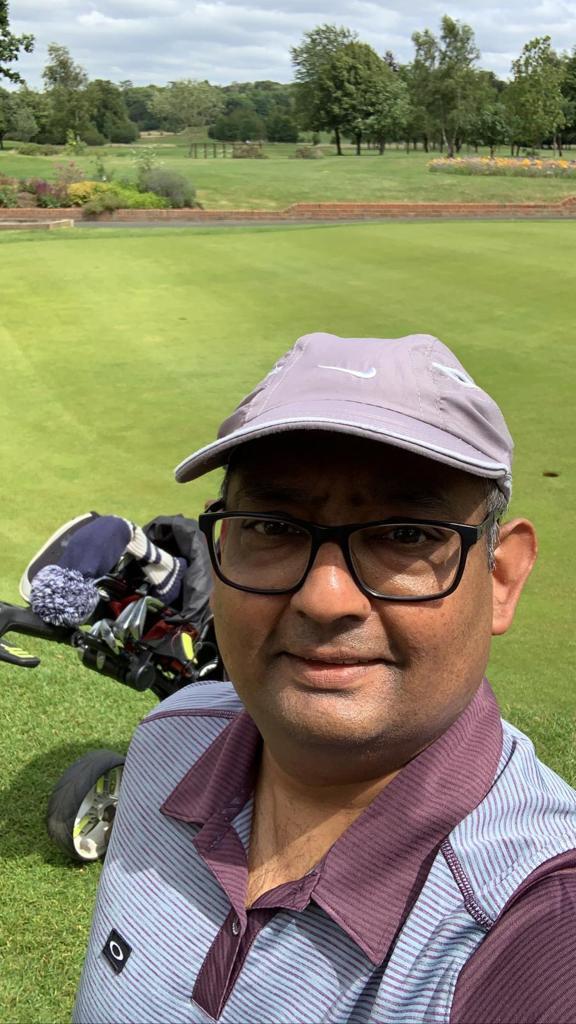 After months of shielding owing to coronavirus (COVID-19), Sandeep returned to the golf course in July

*NHSBT data shows that transplants in BAME recipients are 80% from white donors. Only around half as many black, Asian and minority ethnic families support donation compared with families from a white background.