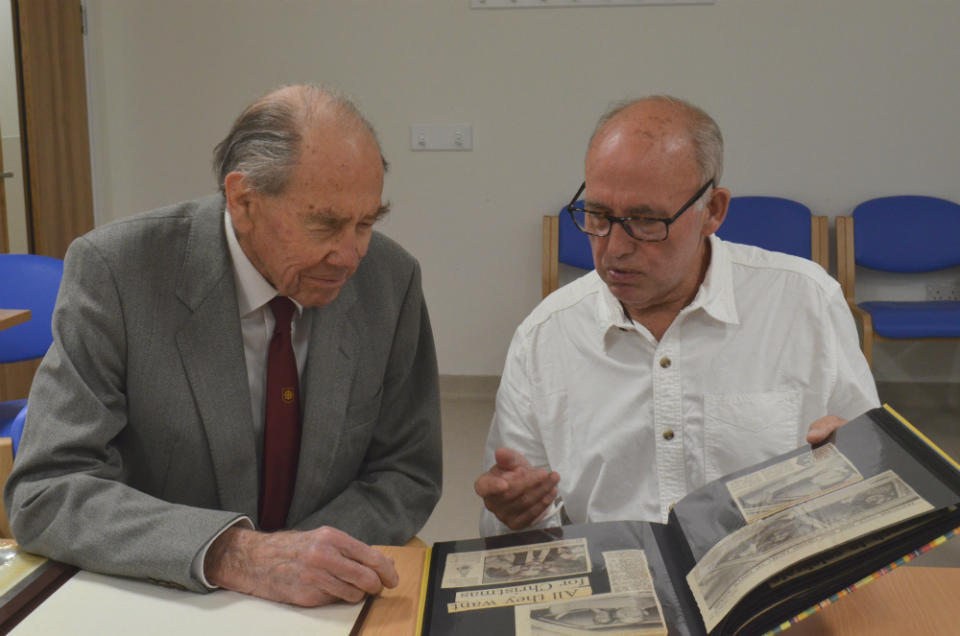 “I recall that phrase being repeated a lot in the stories and reports at the time and my father certainly was a huge Fulham fan, so I see no reason for it not to be true.”

Keith Castle quickly became a celebrity in the UK following his heart transplant in August 1979; his wit, zest for life and willingness to raise the profile of organ donation quickly captured the hearts of the British public.

But the spring-in-his-step attitude he displayed post-transplant, was, according to his son, something that never faded even in the days prior to the operation.

“It was quite simple, really. Without the transplant, dad would have died.

“I think that might have been one of the reasons why he was the ideal patient; he was enthusiastic about the transplant, optimistic about the potential outcome and determined that it would be a success.”

Every newspaper editor, radio broadcaster and TV station wanted a piece of Keith Castle, the patient from the UK’s first successful heart transplant, with no shortage of column inches and photograph opportunities.

It started one week after the transplant with photos emerging of Keith in his hospital bed – ‘After seven days, it’s thumbs up from heart man’ ran the headline on the front page of the Daily Mail, reporting from the hospital ‘as he [Keith] faced the world for the first time since his operation’.

That was followed by ‘Keith comes rolling home’ on his return to London a few months later, with each subsequent milestone providing another endorsement for heart transplantation in the UK.

“Afterwards, dad had so many people phoning him up,” Keith Jr reflects when speaking of the family’s life 40 years ago. “He became a celebrity almost overnight and would go to so many events, open a lot of fetes. He never asked for money for those appearances, but would always insist that any funds went instead to the transplant programme at Papworth.

“The press were understandably really keen on him. He even got a trip to France funded by a newspaper who took him to meet the longest-surviving French heart transplant patient.

“But it wasn’t just the press, either. So many people would stop him and want to chat. I remember one of the first days that he had back at home and we went for a couple of drinks in the local pub. Almost everyone would come up and talk to him.

“This even continued a few years after he died. I’ve always been told that I have quite a strong resemblance to my dad, so I’d often get members of the public saying ‘hey, aren’t you Keith Castle’s son?’”

Keith lived for five years after his transplant – a significant improvement on the outcomes experienced by heart transplant patients in the UK who came before him.

For those who came after him, Keith would personally try to meet as many as possible in the early days, offering his unique insight in the hope it would help with each recipient’s convalescence. Some of them are still living healthy, active lives today.

And what of Fulham?

“Up until about three years ago I would go to almost every game,” says Keith Jr. “I think at that point I’d missed about four or five games in the previous 10 years.

“We’re still a Fulham-mad family. I brought up my sons to support the club too, so dad would be proud.”

His son’s names? Brian and, of course, Keith.