'We didn’t really think about the fact history had been made with the transplant – we were just delighted with the fact that it had kept dad alive.' 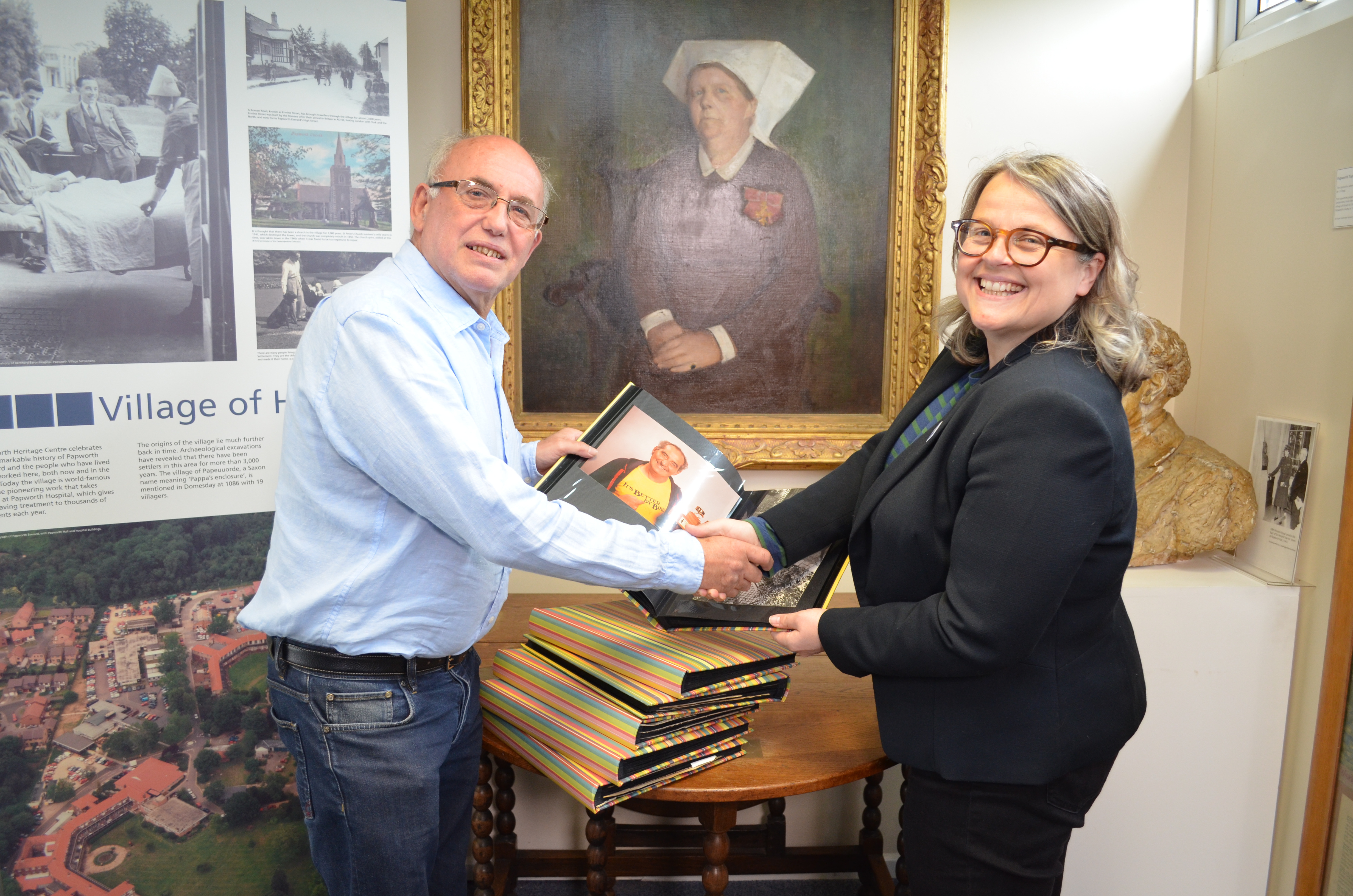 The son of one of Royal Papworth Hospital’s most famous patients has paid tribute to the NHS for helping the hospital build on its pioneering work in heart and lung transplantation after his father Keith Castle received the UK’s first successful heart transplant here in 1979.

Also called Keith, Mr Castle said his father would have been delighted to know that his operation – performed by Mr Terence English - had helped establish the NHS-funded treatment that is still saving lives today.

He said: “I think his operation, and the publicity around it, really helped pave the way for hundreds of people to have that incredible procedure – and long may that continue.”

Keith, who also spoke about his father’s experience during last month’s BBC documentary ‘How the NHS Changed Our World: Royal Papworth Hospital’, recently presented the hospital’s Heritage Centre with a very special gift – an archive of photographs and cuttings that his family started collecting around the time of the transplant almost 40 years ago.

“Our family has had all these cuttings and photographs for decades, and although I like to look at them every so often, I’d been thinking about making this donation for a number of years. Dad was very popular with the press, and I think it helped him to speak about what he had gone through.”

Included in the collection are several newspaper stories documenting the friendship that blossomed between Keith’s father and comedian Eric Morecambe.

Keith said: “Eric had heart problems too around that time, and I think some of the newspapers thought getting them together would make a good story. The pair of them got on very well and they met up a few times after that.”

Speaking about his memories of the time, Keith said: “We got on really well with Mr English, and it was really good that we had that connection. We didn’t really think about the fact history had been made with the transplant – we were just delighted with the fact that it had kept dad alive.”