Kickboxing her way to a fantastic fundraising total 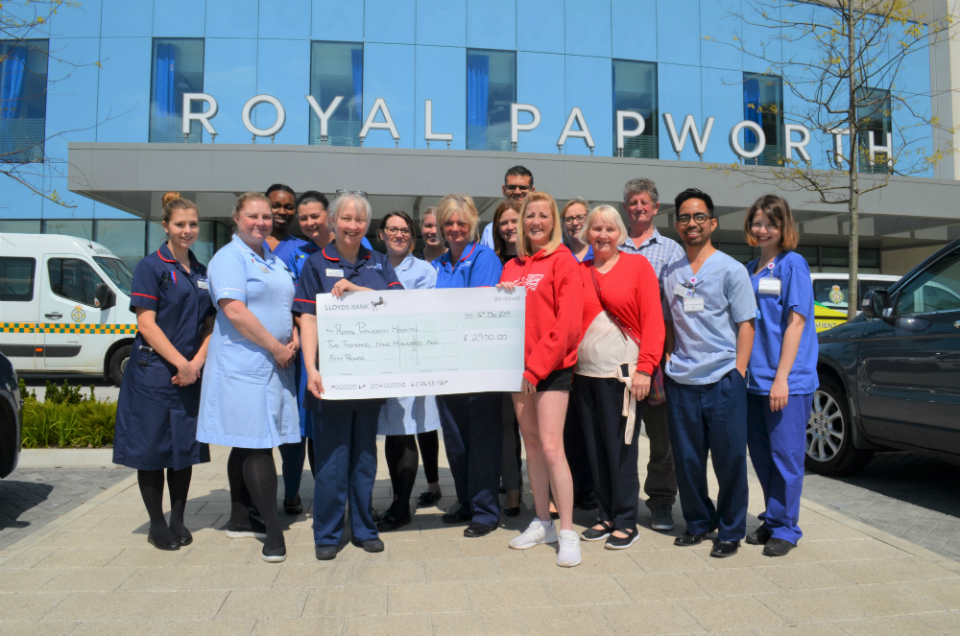 Becoming a black belt in any martial art requires years of training, dedication and skill.

Now imagine achieving that feat while being attached to an oxygen tank.

That situation was reality for Helen Sharp.

Having become a black belt kickboxer in 2011, Helen was determined to still do the things she loved despite living with cystic fibrosis, a condition that meant her lung function had reduced to just 28 per cent by 2017.

“I’d been kickboxing for 12 years but it had got to the point where I would do a few kicks and then have to stop,” Helen reminisced. “Attempting to run with an oxygen tank attached to me wasn’t easy.

“I also worked as a PE teacher, so being fit and active underpinned my entire life. I had to dramatically cut my hours down at work, too.”

After being on the transplant waiting list for four months, Helen received a double lung transplant at Royal Papworth Hospital Charity in May 2018.

Having celebrated her one-year anniversary, Helen came back to the hospital visit staff from the Transplant Unit who were involved in her care and present Royal Papworth Hospital Charity with a cheque for £3,000.

In total, Helen has raised about £3,500 through events in her local community in Leicestershire and at her kickboxing club.

“I feel absolutely brilliant. My lung function is now up at 113 per cent and I’m back to work, so life is very different from 12 months ago.

“I wanted to raise money for Royal Papworth because it’s vital that they can continue with life-saving operations, treatments and fund research that can give someone, and their family, a whole new lease of life.

“I felt the decision to hold the event on my anniversary was also a fitting tribute to my donor, to whom I will be forever grateful. It was wonderful to have a look round the new hospital and see the same friendly faces.”