Tissue donated to Royal Papworth Hospital has been used to grow ‘mini-lungs’, which was then infected with the virus that causes COVID-19, to see how the human body responds in the early stages following infection. 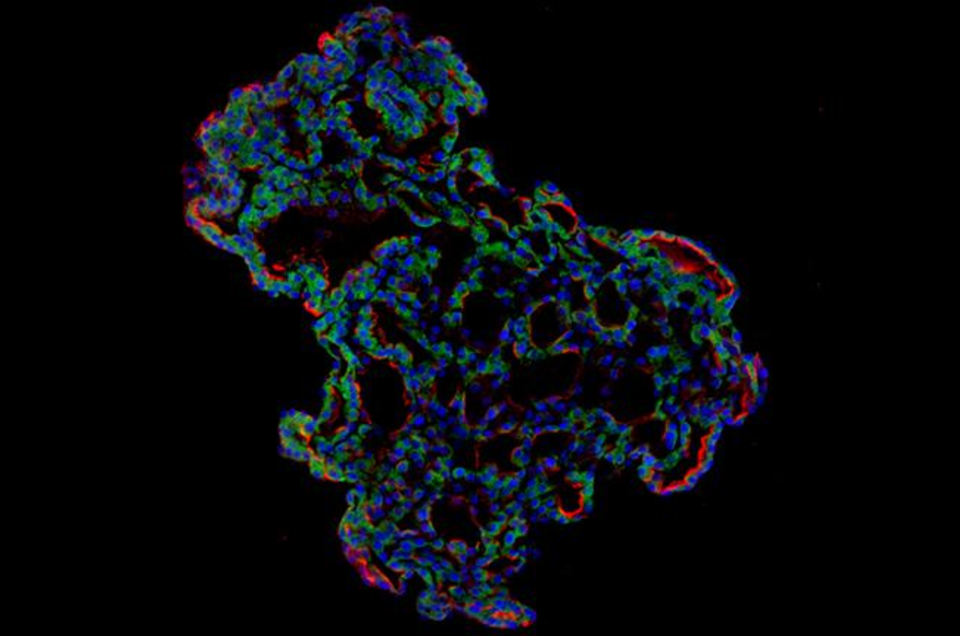 ‘Mini-lungs’ grown from tissue donated to Royal Papworth Hospital NHS Foundation Trust has provided a team of scientists from South Korea and the UK with important insights into how COVID-19 damages the lungs.

Writing in the journal Cell Stem Cell, the researchers detail the mechanisms underlying SARS-CoV-2 infection and the early innate immune response in the lungs.

To date, there have been more than 40 million cases of COVID-19 and 1.13 million deaths worldwide.

The main target tissues of SARS-CoV-2, the virus that causes COVID-19, especially in patients that develop pneumonia, appear to be alveoli – tiny air sacs in the lungs that take up the oxygen we breathe and exchange it with carbon dioxide to exhale.

To better understand how SARS-CoV-2 infects the lungs and causes disease, a team of scientists from the UK and South Korea turned to organoids – ‘mini-organs’ grown in three dimensions to mimic the behaviour of tissue and organs.

By reprogramming these cells back to their earlier ‘stem cell’ stage, they were able to grow self-organising alveolar-like 3D structures that mimic the behaviour of key lung tissue.

Dr Joo-Hyeon Lee, co-senior author, and a Group Leader at the Wellcome-MRC Cambridge Stem Cell Institute, University of Cambridge, said: “We still know surprisingly little about how SARS-CoV-2 infects the lungs and causes disease. Our approach has allowed us to grow 3D models of key lung tissue – in a sense, ‘mini-lungs’ – in the lab and study what happens when they become infected.”

The team infected the organoids, which had been grown from tissue donated to Royal Papworth Hospital, with a strain of SARS-CoV-2 taken from a patient in South Korea who was diagnosed with COVID-19 in January.

They then studied how the cells responded to the virus. When the 3D models were exposed to SARS-CoV-2, the virus began to replicate rapidly:

Although the researchers observed changes to the lung cells within three days of infection, clinical symptoms of COVID-19 rarely occur so quickly and can sometimes take more than 10 days after exposure to appear.

The team say there are several possible reasons for this delay before a patient displays symptoms: it may take several days from the virus first infiltrating the upper respiratory tract to it reaching the alveoli; it may also require a substantial proportion of alveolar cells to be infected; or it may need further interactions with immune cells resulting in inflammation.