The Institute will create the largest cardiothoracic centre for research, education, industry collaboration and clinical care in Europe. 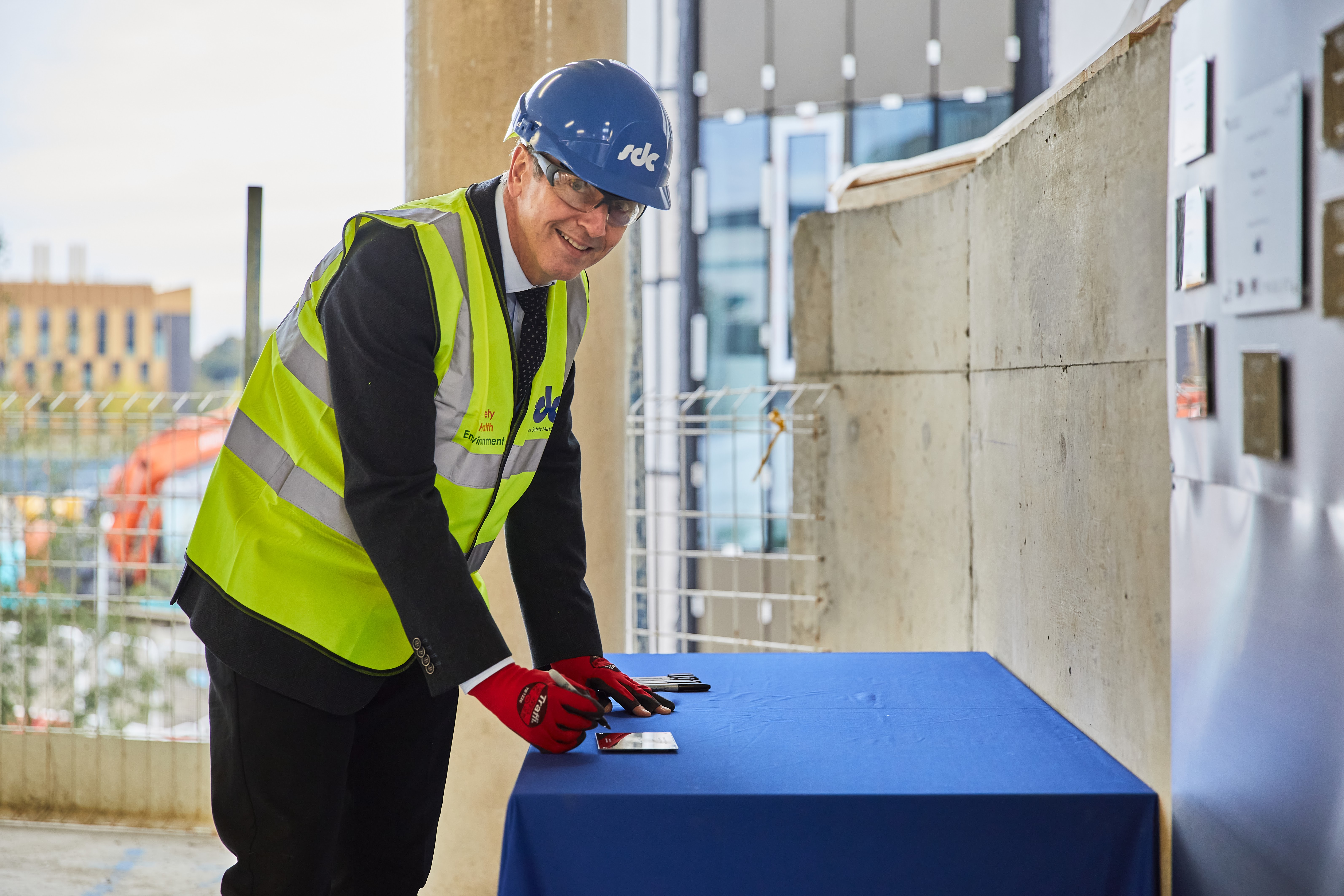 The University of Cambridge and Royal Papworth Hospital held a small topping-out ceremony at the new Heart and Lung Research Institute (HLRI) in Cambridge on Monday 19 October to mark the building reaching the highest point of construction.

The Institute is based on the Cambridge Biomedical Campus and will create the largest cardiothoracic centre for research, education, industry collaboration and clinical care in Europe.

The HLRI aims to bring together physicians and scientists to develop world-class medicine to treat patients for chronic cardiovascular and respiratory diseases such as heart attacks, cystic fibrosis, atrial fibrillation and pulmonary hypertension.

In the UK, one in every four premature deaths  is caused by cardiovascular disease and 20% of deaths by respiratory disease. Despite a growing awareness of risk factors, such as smoking and poor diet, the prevalence of such diseases is increasing.

According to the World Health Organization, cardiovascular disease is the number one cause of death globally accounting for nearly 18 million deaths per year; 85% of these are due to heart attacks and stroke, with respiratory disease just behind.

The combined worldwide cost of this is more than £840 billion each year, which will only have increased due to the current coronavirus (COVID-19) pandemic.

The HLRI is a joint venture between the University of Cambridge and Royal Papworth Hospital NHS Foundation Trust.

Funding is being provided by the UK Research Partnership Investment Fund, which has contributed £30m, the University of Cambridge and the Wolfson Foundation. The British Heart Foundation has donated £10m towards the project and Royal Papworth Hospital Charity has launched its largest-ever appeal to raise £5m.

“Building work on the HLRI has continued safely and, combined with good weather over the summer months, means that it has shot up from a hole in the ground in January when construction began,” said Professor Nick Morrell from the University of Cambridge, who is Director of the Institute.

“Heart and lung diseases affect many millions of people worldwide and the numbers are growing. Institutes such as the HLRI which will focus on these big health challenges are urgently needed. The discoveries made by our researchers will deliver major benefits to the public through improvements in public health, new approaches to diagnosing and treating disease, and new medicines.” 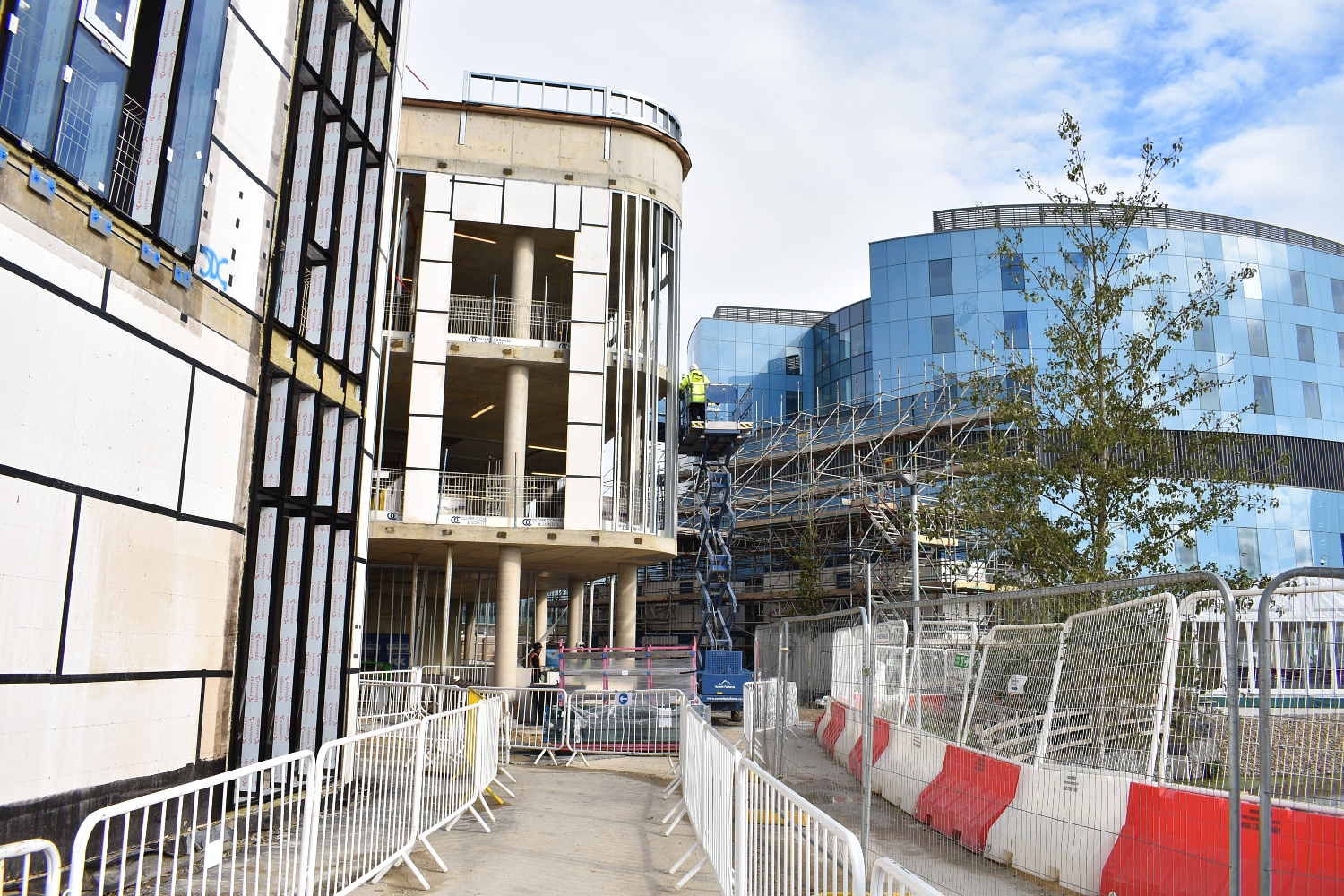 HLRI is situated adjacent to Royal Papworth Hopsital. The two buildings are linked together with an underground tunnel.

Professor John Wallwork CBE, Chairman of Royal Papworth Hospital NHS Foundation Trust, added: “The Heart and Lung Research Institute will mean new treatments will be created, tested and delivered to tackle the biggest causes of premature death in the world all on one site. It will also allow us to provide much more education and training to clinicians tackling heart and lung disease worldwide.

“This will be a huge step forward and demonstrates the role of the Cambridge Biomedical Campus to foster close collaboration between the NHS, industry and research and help save lives. Through the Heart and Lung Research Institute, we will be able to make even quicker progress in bringing tomorrow’s treatments to today’s patients.”

Dr Charmaine Griffiths, Chief Executive at the British Heart Foundation said: "The Cambridge Heart and Lung Research Institute promises immense benefit to so many. It will bring new diagnostics and therapeutics from the laboratory to the clinic which will be of huge benefit to patients. This world-leading initiative would not be possible without our generous supporters whose investment in future treatments ultimately saves and improves lives in the UK and globally."

Features of the Institute include: a new laboratory space; a clinical research facility; a collaboration space for link-ups between academia, healthcare providers and industry; and education facilities such as seminar rooms and a lecture theatre.

It will also include a special 10-bed facility where the first inpatient studies of new treatments can be conducted.
Groundwork began back in October 2019 with construction starting in January 2020. The building work will include the formation of an underground tunnel, which will link the HLRI to neighbouring Royal Papworth Hospital.

The project, which is being delivered by SDC, is due for completion in early 2022.

Find out more about HLRI