The Papworth Haemostasis Checklist has improved patient care and saved money, and now it's also been nominated for a national award. 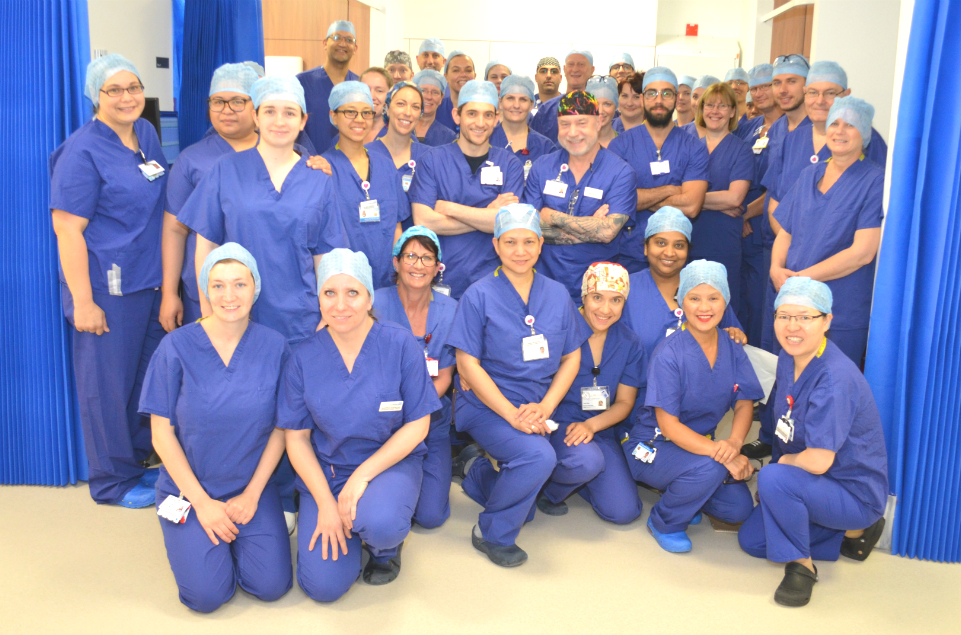 Royal Papworth Hospital’s surgical team has been nominated for a national patient safety award, thanks to the impact of the Papworth Haemostasis Checklist.

The 21-bullet point list outlines a number of checks to be performed at the end of cardiac surgery. The whole process, if everything is ok, takes only a couple of minutes.

It was designed to reduce the amount of bleeding and the number of patients who need to return to theatre after surgery, in turn reducing a patient’s length of stay in hospital and improving their outcomes.

“We know that patients who return to theatre stay in Critical Care for longer, stay in hospital overall for longer and have poorer outcomes,” said Dr Jason Ali, Specialist Registrar in Cardiothoracic Surgery at Royal Papworth Hospital NHS Foundation Trust.

“We introduced the checklist at Royal Papworth two years ago and the impact has been far bigger than we ever thought it would. Our return to theatre rate has almost halved, there has been a significant reduction in blood transfusion and that has all contributed to better outcomes for patients, as well as financial savings for the Trust.”

Before the checklist was introduced, the rate of patients who returned to theatre following cardiac surgery at Royal Papworth was 3.5 per cent, just below the national average of 3.75.

Additionally, 207 patients have not received a blood transfusion who otherwise would have, which represents a 6.5 per cent reduction.

All of that means that 1,497 fewer units of red blood cells have been used in that time, contributing to a saving of more than £280,000 on all blood products.

The one-year results of the checklist’s impact were published in the European Journal of Cardiothoracic Surgery and the process has since been adopted by another NHS Trust.

And now, the checklist has been nominated for a Health Service Journal Patient Safety Award, in the Perioperative and Surgical Care category.

Mr Narain Moorjani, Clinical Lead for Cardiac Surgery, praised “the entire theatre team” for contributing to the initial roll-out and subsequent development and success of the project.

“When devising the checklist, we sought the opinion of everyone involved in the peri-operative care of patients undergoing cardiac surgery, including; surgeons, anaesthetists, theatre nurses, operating theatre practitioners, perfusionists, surgical care practitioners, haematologists and intensivists.

“And when using the checklist, it again involves the whole theatre team’s contribution, so this simply would not have been possible to introduce and implement without everyone working together, as we do each and every day here at Royal Papworth.

“We are naturally delighted that the hard work of the surgical team has been recognised with this nomination for the HSJ Patient Safety Awards 2019.”

The awards cereomy will take place on Tuesday 2 July in Manchester.

Congratulations to the team who were highly commended in their category.