A research study being led by Royal Papworth Hospital and the University of Cambridge is aiming to use artificial intelligence to help screen for and diagnose heart valve diseases. 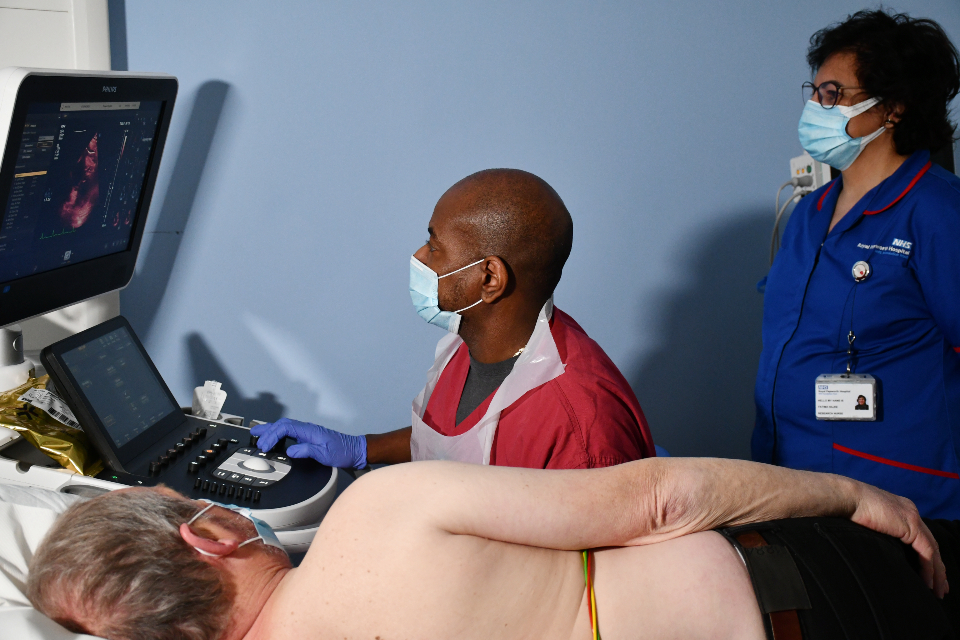 A research study being led by Royal Papworth Hospital and the University of Cambridge is hoping to use artificial intelligence to help diagnose heart valve diseases earlier.

Valvular heart disease (VHD) affects nearly two million people in the UK with this number expected to double by 2040. About half of those affected by VHD are unaware of their condition, because symptoms often do not develop until the disease has become severe.

Cardiovascular Acoustics and an Intelligent Stethoscope (CAIS) is a clinical study aimed at creating a first-of-its-kind screening tool which could be used to diagnose valve disease before symptoms emerge.

Almost 1,200 patients with suspected heart valve disease or congenital heart disease have so far signed up to the study across five NHS hospital sites.

Patients who have been referred for an echocardiogram have four heart recordings collected via a Bluetooth stethoscope and the echo test.

Cardiac physiologist Ivan performing an echocardiogram on Colin, a patient recruited to the study.

These thousands of sound recordings will then by uploaded to a machine-learning programme, from which a team at the University of Cambridge will be able to build-up an audio database of the noises of heart valve diseases.

This will then create an ‘artificially intelligent’ stethoscope capable of analysing heart murmurs and providing an instant diagnosis, or recommending whether or not someone needs further investigation.

This AI tool could then be used by GPs and healthcare professionals in the community as part of a screening programme for at-risk patients, helping to provide an earlier diagnosis, in-turn reducing severe disease progression or mortality.

“Currently, heart murmurs are picked up as part of a physical exam by GPs using a stethoscope. However, VHD can often become severe before symptoms develop, meaning many patients may only be picked up when they have already developed irreversible complications such as heart failure,” said Andrew McDonald, Research Associate at the University of Cambridge’s engineering department. 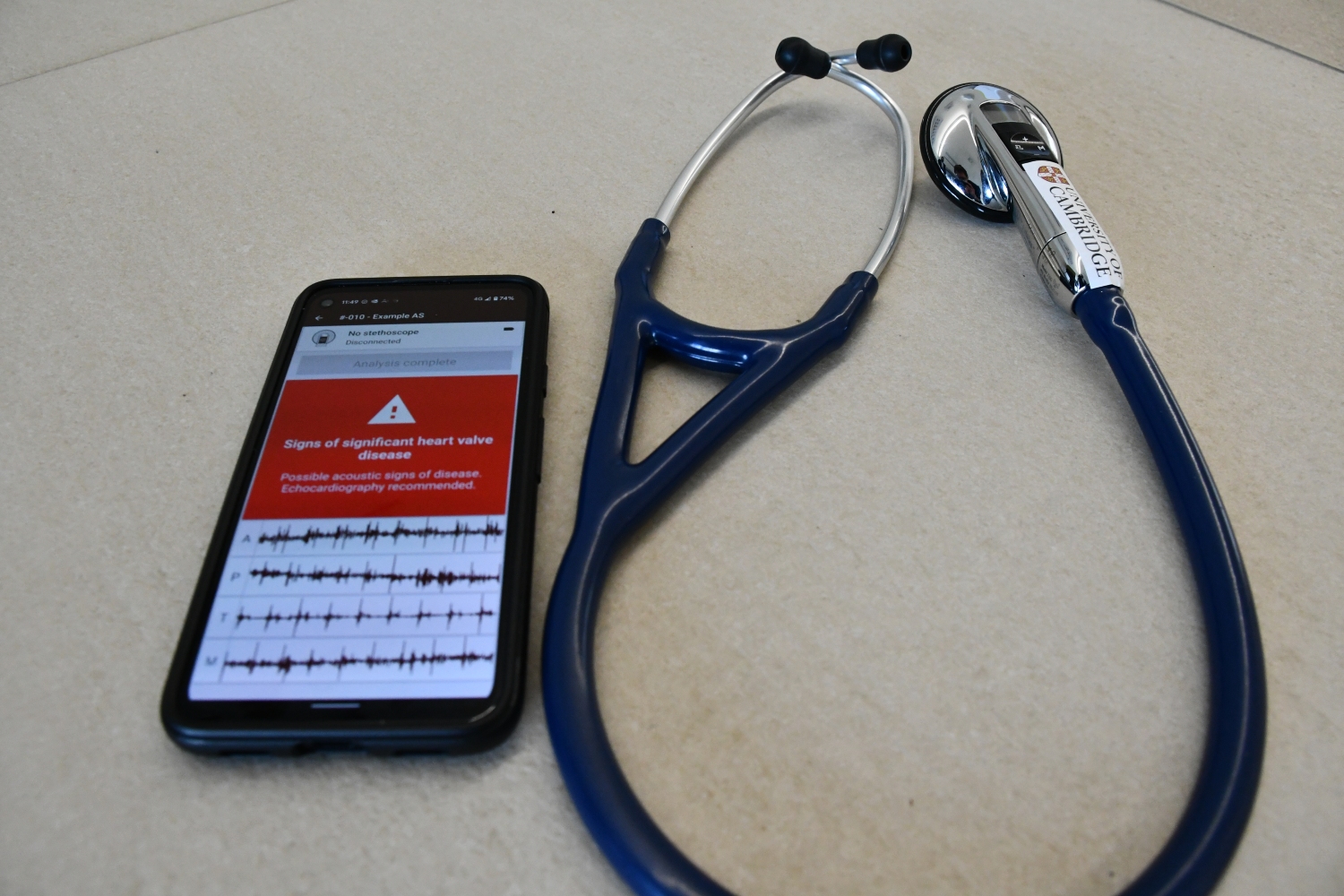 Using a bluetooth stethoscope and app, the AI software could help screen for heart valve disease.

“We are excited by the potential impact this study can have, using the AI machine learning of the sound recordings and an app to provide an instant diagnosis of whether or not someone has, or is likely to have, valve disease.

“This can help to diagnose heart disease that might otherwise have gone undetected or been picked up too late, hopefully reducing the number of patients who then develop end-stage heart failure, improving outcomes and reducing the demand on GPs and the health service.

“And this technology could have a big impact not just in the UK, but around the world where valve disease prevalence is high.”

Fatima Hajee is a senior research nurse in cardiology at Royal Papworth Hospital who is leading on the study. She recruited the first patient to CAIS back in July 2020. 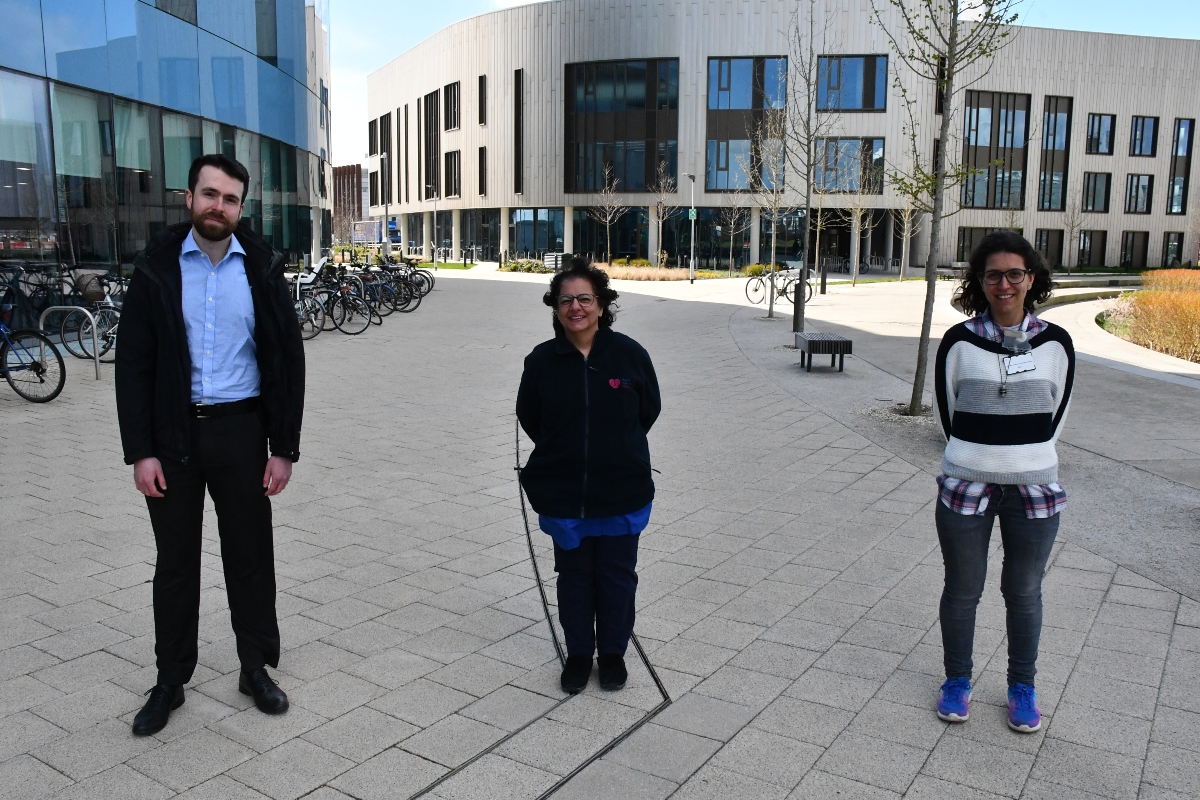 Despite redeployment of some research staff during the COVID-19 pandemic, recruitment has continued at pace with 273 Royal Papworth Hospital patients currently recruited to the Medical Research Council-sponsored study.

"This is such a huge potential step forward for the diagnosis and treatment of heart valve disease patients,” Fatima said.

“I am delighted that we have managed to recruit so many patients here already, and a special mention also to my research colleague Miriam Soares Vaz who has also helped recruit patients and managed the huge data input process.

“The teamwork on this study has been extensive: the cardiac physiologists who perform the echocardiograms; the staff on Ward 4 North West and Day Ward for helping direct us to eligible patients; the outpatient receptionists who were very patient and outstanding with their help as well as everyone in research and development for their support; and all the patients who have signed-up - without them the study would not have been this successful.

“Our thanks also go to Andrew and principal investigator Anurag Agarwal from Cambridge University for collaborating with us on this study, which will hopefully improve outcomes for future patients with heart valve diseases.”

Colin Wadsworth is a patient at Royal Papworth Hospital and one of the 1,200 people already signed up to the study.

"A lot of people will be able to benefit from this. It is just a further enhancement of what can be done with technology. It is brilliant.

"I am delighted to participate in this research study by adding my heart recordings to the database to improve care and outcomes for people with heart valve disease in the future." 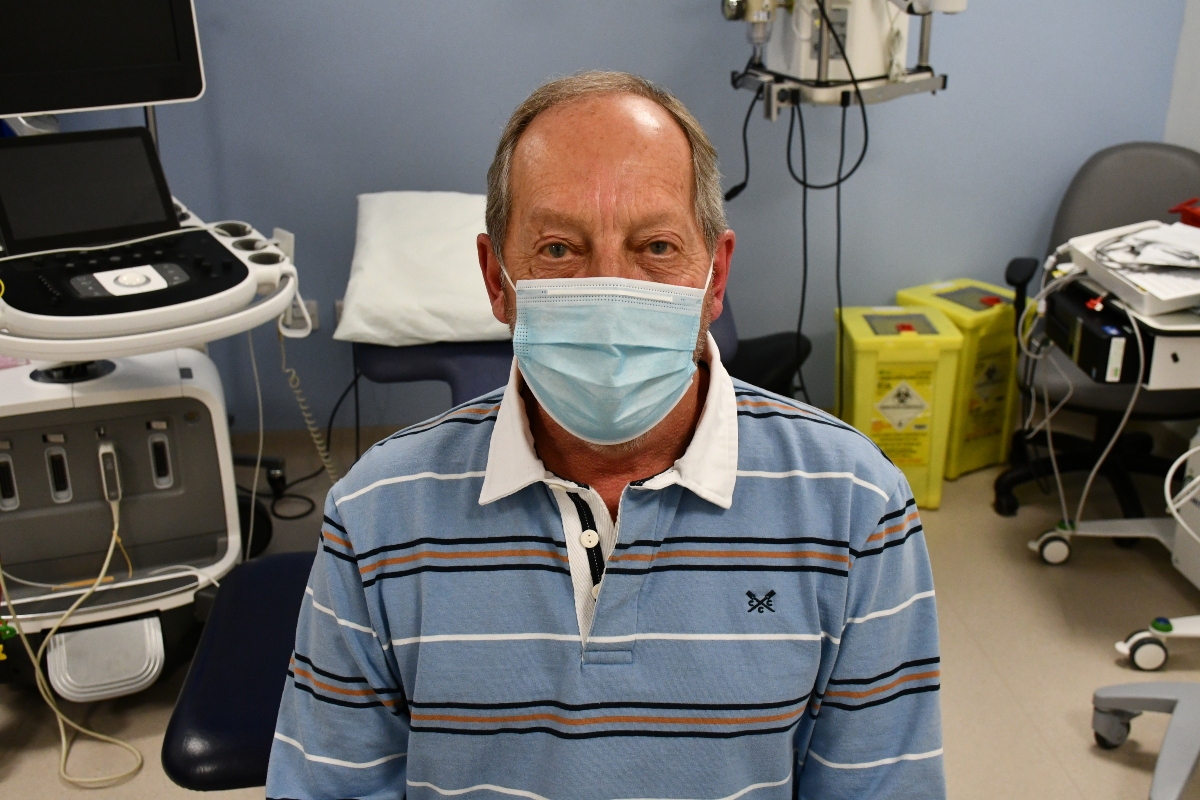 Colin is one of the 1,200 patients signed up to the study across five hospital sites

Cardiovasular Acoustics and an Intelligent Stethoscope (UK Research and Innovation)