The procedure also enables higher-risk patients who would be unsuitable for open-heart surgery to receive treatment and experience a significant improvement in symptoms and quality of life. 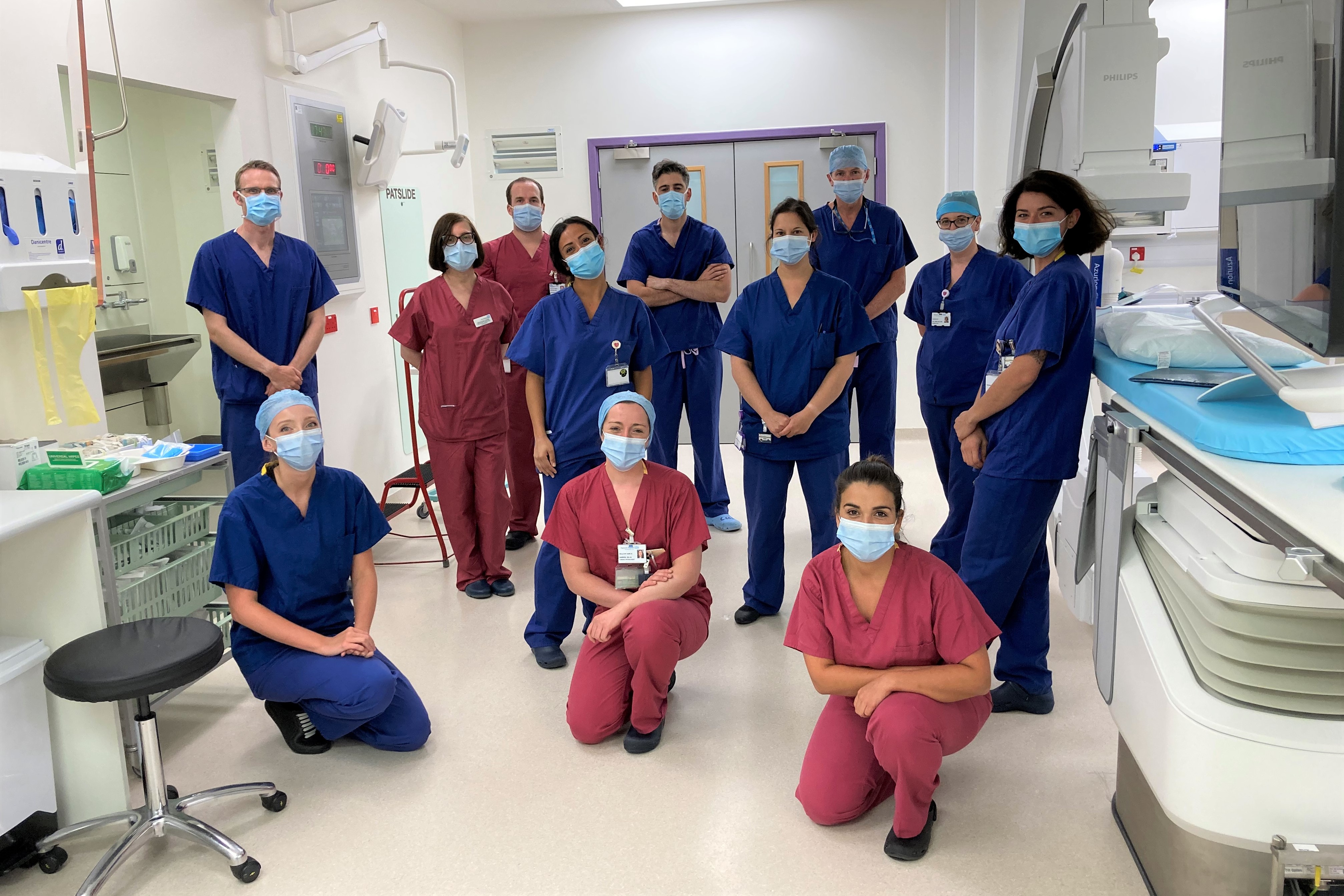 Mitral regurgitation (MR) is a condition in which the mitral valve in the heart doesn’t close completely, causing blood to leak backward each time the left ventricle contracts. This means that blood cannot move through the heart and out to the rest of the body as efficiently as it should, which can result in symptoms such as fatigue or breathlessness.

If regurgitation is severe and left untreated it can lead to serious complications, including heart failure, pulmonary hypertension (high blood pressure affecting the vessels in the lungs) and, in very severe cases, even death.

Previously mitral valve surgery was the only option for treating MR, but this involves opening the chest and temporarily stopping the heart which is considered too risky for some patients.

Instead, during a MitraClip procedure the mitral valve is reached using a catheter - a thin, flexible tube that is guided through a vein in the leg up to the heart. The MitraClip device, which is a small clip, is fed through the catheter and attached to the valve to help it close, restoring normal blood flow through the heart as a result.

The device is guided into position using a transoesophageal echocardiogram, or ‘echo’, which is a type of ultrasound scan used to look at the heart.

The potential benefits include a much shorter recovery time, often just one or two days in hospital after the device is inserted. The procedure also enables higher-risk patients with severe MR or who are older in age to receive treatment and experience a significant improvement in symptoms and quality of life.

Dr Charis Costopoulos, Consultant Interventional Cardiologist and Clinical Lead for Non-Coronary Intervention, was part of the team that performed the first procedures at Royal Papworth. He said: “It was truly amazing and inspiring to see everyone work so well together as we successfully performed our first MitraClip cases. This is not down to one person – the entire team made this happen.

“In both cases we achieved significant reduction in mitral regurgitation without any immediate complications.”

Audrey, 86 and from Bedfordshire, was the first of the two patients to undergo the procedure. She said she had begun to feel breathless, so, after discussing it with her husband and brother, decided she wanted to go ahead.

“I don’t think I’ll know the full effect it’s had until I’m back at home,” she said, just 48 hours after having the device inserted. “But so far I’m pleased – I can’t see how I would have felt better otherwise.

“It’s less stressful than proper surgery. I’m due to go home just three days after the procedure and if it helps people then it’s definitely worth it.”

“As such this represents an exciting new development in our Valve Disease Programme at Royal Papworth to treat patients across the East of England.”

The team also included Dr Lynne Williams and Dr Madalina Garbi who undertook the transoesophageal echo guidance, which is a key component of the procedure.