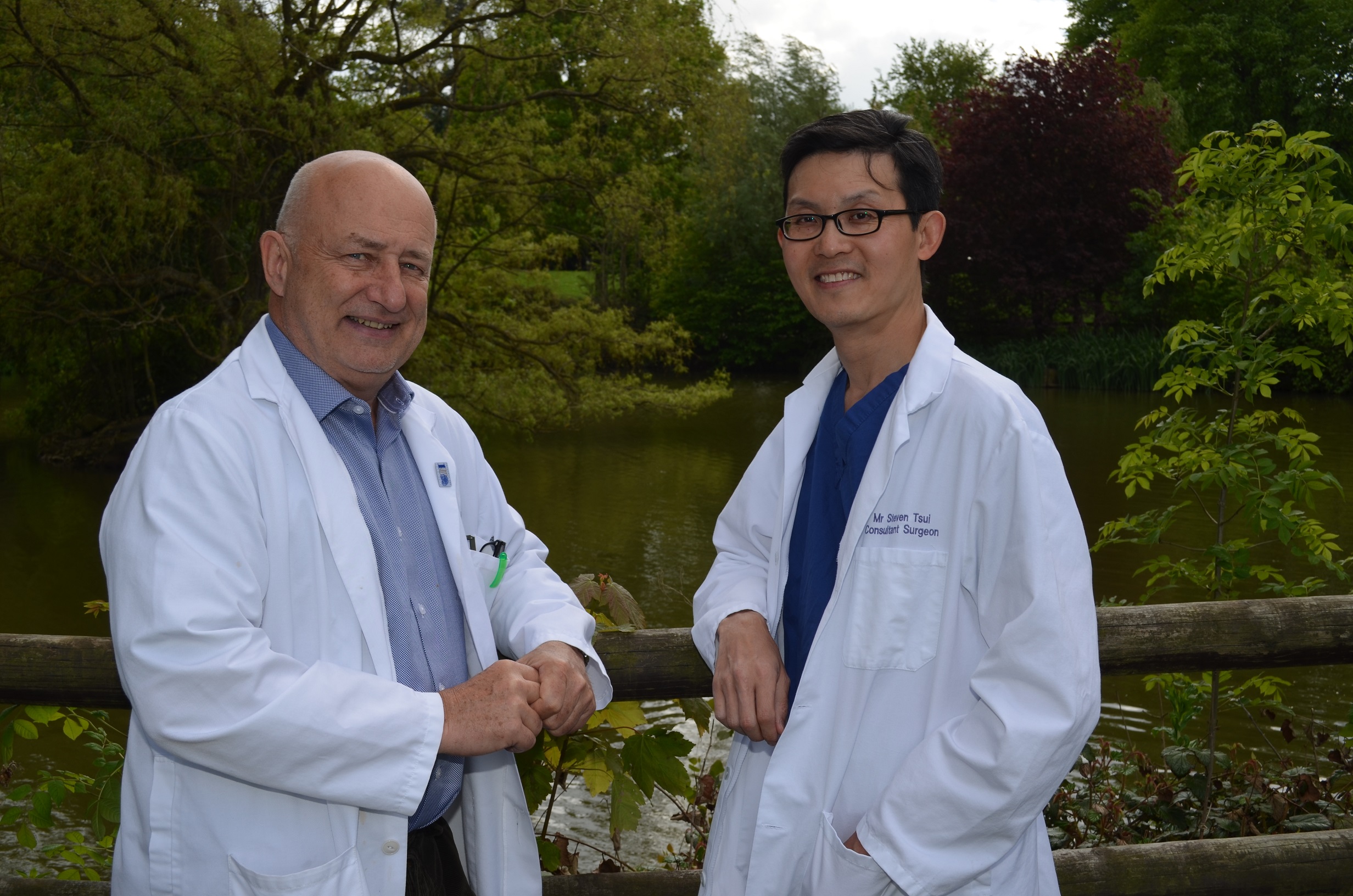 Two surgeons from Royal Papworth Hospital are set to win the 'Pioneering Hero' award at the ITV NHS Heroes Awards, a special event to celebrate the 70th anniversary of the NHS.

Mr Stephen Large and Mr Steven Tsui will receive the award tonight (Monday 14 May) in recognition of their work to establish a new type of heart transplantation at Royal Papworth Hospital.

The ceremony, which will take place at London's Hilton on Park Lane, will see high-profile figures including Her Royal Highness The Duchess of Cornwall, Sir Michael Sheen, Sir Tom Jones, Gordon Ramsay and Jamie Oliver paying tribute to the inspirational people who make the NHS such a special institution. Hosted by Paul O'Grady, the event will be broadcast on ITV on Monday 21 May.

Mr Large and Mr Tsui, both surgeons at Royal Papworth Hospital, spent many years researching the possibility of using donor hearts from a new group of donors – known as non-beating heart donors – to significantly increase the number of people able to benefit from a life-saving transplant. Previously surgeons were only able to transplant beating hearts from donors once they were certified brain dead.

In 2015, thanks to funding from Royal Papworth Hospital Charity, the team successfully performed Europe's first heart transplant using a DCD (Donation after Circulatory Death) donor heart, and the procedure has since helped to increase heart transplantation at the hospital by more than a third.

According to a recent study, outcomes for patients receiving a DCD heart transplant, which involves resuming partial circulation to the donor heart up to 30-40 minutes after death, are comparable to those receiving a DBD (Donation after Brain Death) organ.

Mr Stephen Large, Consultant Surgeon at Royal Papworth Hospital, said: "It is a huge honour to win this award in recognition of our work to establish DCD heart transplantation at Royal Papworth Hospital. After many years of research, I am incredibly proud of the results we have achieved so far. It is wonderful to see more than 40 people getting a second chance at life following a successful DCD transplant."

Mr Steven Tsui, Consultant Surgeon at Royal Papworth Hospital NHS Foundation Trust, added: "It is a real honour to receive the NHS Pioneering Hero Award.  Full credit has to go to my colleague, Mr Stephen Large, for bringing this programme to fruition. He has spearheaded the effort to develop this technique for over a decade and has now brought it from 'bench to bedside'.

"However, this is just the beginning. We have much to do to establish a DCD heart transplant programme across the whole of the UK and across the world. Our goal is to make sure that as many patients as possible are given the chance to have this life-saving treatment."

Other winners drawn from the full range of frontline NHS services include the UK's first ever female professor of surgery, a 70-year-old midwife who has delivered babies in extreme and remote conditions for 50 years, and a mother who has raised more than £2 million to fund cancer research after losing her son to the disease.

In a special message to be played at this evening’s event, guests will hear HRH The Duke of Cambridge say: "The National Health Service is one of our country's greatest treasures, and something we should all be immensely proud of.

"Perhaps the most wonderful thing about the NHS is its people. The skill, care, and dedication that they provide every day is truly inspirational.

"I would like to pay tribute to every member of NHS staff, and the wonderful volunteers who do so much to support them - we owe you all a huge thank you."