It was his last chance to prove that heart transplantation in the UK could work. Here, Sir Terence recalls the opposition, hostility and triumph involved in one of the most major medical breakthroughs of the 20th century. 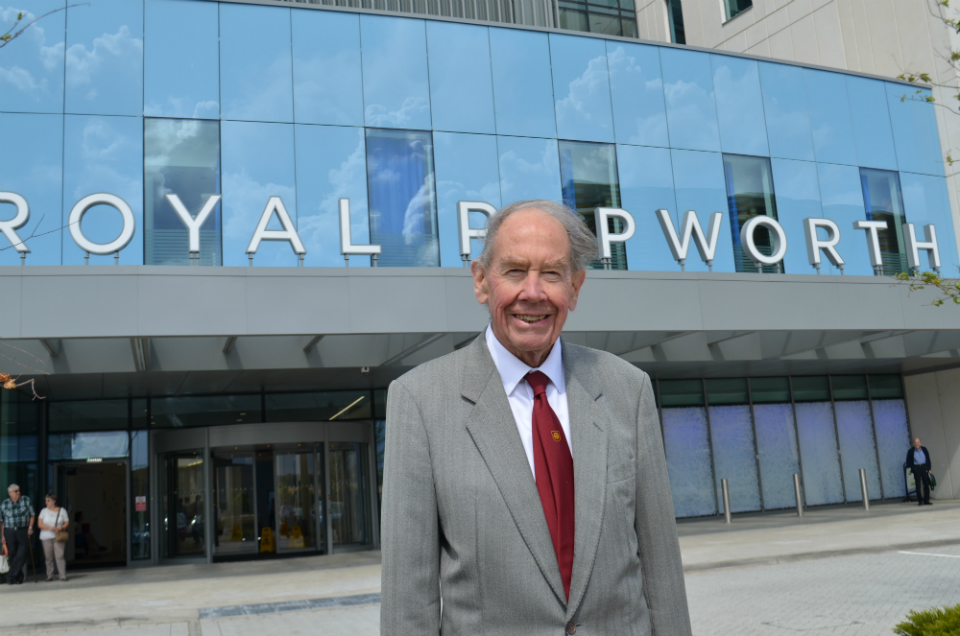 He had one final shot, one final opportunity. If it didn’t work, that was it. There would be no funding and heart transplantation in the UK.

It was 18 August 1979 and a donor heart had been offered. Sir Terence was preparing to go to the operating theatre at Papworth Hospital (as it was then called), steadfastly determined to prove that heart transplantation was an effective way of treating terminally ill patients with heart failure.

The pressure was on and this operation simply had to work. “I’d been turned down by various transplant bodies and had met with an awful lot of criticism, so we knew this was likely to be the last chance”, Sir Terence reflects of 40 years ago. “I very much had my back to the wall.”

The following year, heart transplantation made its journey to the UK. Surgeon Donald Ross carried out three transplants at the National Heart Hospital in London in 1968 and 1969. However they lived for just 45, two, and 107 days respectively.

With survival rates generally showing little sign of improving, a moratorium was placed on heart transplantation in the UK.

That didn’t deter Sir Terence, who during the 1970s made regular visits to Dr Shumway’s heart transplant programme at Stanford University in California where better results were being achieved than anywhere else.

In 1976, the Medical Royal Colleges confirmed that brainstem death could be considered as death of the patient. Writing at the time, Sir Terence appreciated that this was very important, because it meant that “I could feel confident about taking a beating heart out of a brain-dead donor if that diagnosis had been made by two responsible physicians.”

In 1978, Sir Terence presented his work to the Transplant Advisory Panel of the Department of Health illustrating the benefits of heart transplantation where he received, in his words, “a positive response on the day”. However, much to his dismay, a few weeks later he received a letter from the Chief Medical Officer stating that there would be no funding for a programme at Papworth and that he did not want to see any “one-off” transplants.

“I might be a risk taker, but in this case I didn’t feel I was facing risk,” Sir Terence, now 86, said. “I was facing obstructions.”

With the closing of that door, another opened.

As an almost last resort he sought permission from the Chair of the Cambridge Area Health Authority, Pauline Burnet, to use his facilities at Papworth for two heart transplants. If they didn’t succeed, he would then try and raise his own funding or stop.

The New Year arrived and on 14 January 1979 Sir Terence went ahead with his first transplant at Papworth. It wasn’t a success.

While Sir Terence was retrieving the donor heart, the recipient had a cardiac arrest. He was quickly resuscitated and the subsequent operation went well, but the patient never recovered proper consciousness and died 17 days later. However, the dramatic effect of providing a patient in terminal heart failure with a normal functioning heart had been shown.

Fast forward to seven months and by mid-August another donor was found.

“Unbeknown to many, I had this second shot, and I was going to take it. We had faced criticism and hostility from the public and sections of the medical profession and we’d been under a decade-long moratorium, but I wasn’t going to let this last attempt pass me by.

“Our recipient was Keith Castle, a 52-year-old builder from London. He was a smoker with peripheral vascular disease and a duodenal ulcer. Not the best of candidates you might think, but what always struck me about Keith was that he was a survivor.”

And survive he did. Sir Terence had cracked it.

Keith lived for more than five years post-transplant, becoming a household name in the UK overnight. He was the recipient of the UK’s first successful heart transplant, lived a vigorous life and helped to pave the way for the programme’s future.

Early help came from the National Heart Research Fund in Leeds, which provided money for the next six transplants, as well as a substantial grant from the Cambridge millionaire David Robinson. That was supplemented by small grants from the previously reluctant Department of Health before it finally funded heart transplantation in the UK on a secure basis from 1985 onwards.

Forty years later and the legacy is clear to see.

There have also been artificial hearts, ventricular assist devices and more recently donation after circulatory death to add to the pool of available hearts.

While it remains that there are not enough donor organs to meet demand, with 309 adults on the heart transplant waiting list at the start of August, for those who are lucky enough to get the call and receive a donated heart, outcomes have dramatically improved.

The hospital’s one and five-year risk adjusted survival rates for heart transplantation as reported by the NHS Blood and Transplant annual report 2018/19 were 88.4% and 79.3% respectively, both the best in the UK, with some patients now surviving more than 35 years – years during which they have found a partner, got married, had kids and had a career.

Here’s to another 40 years.