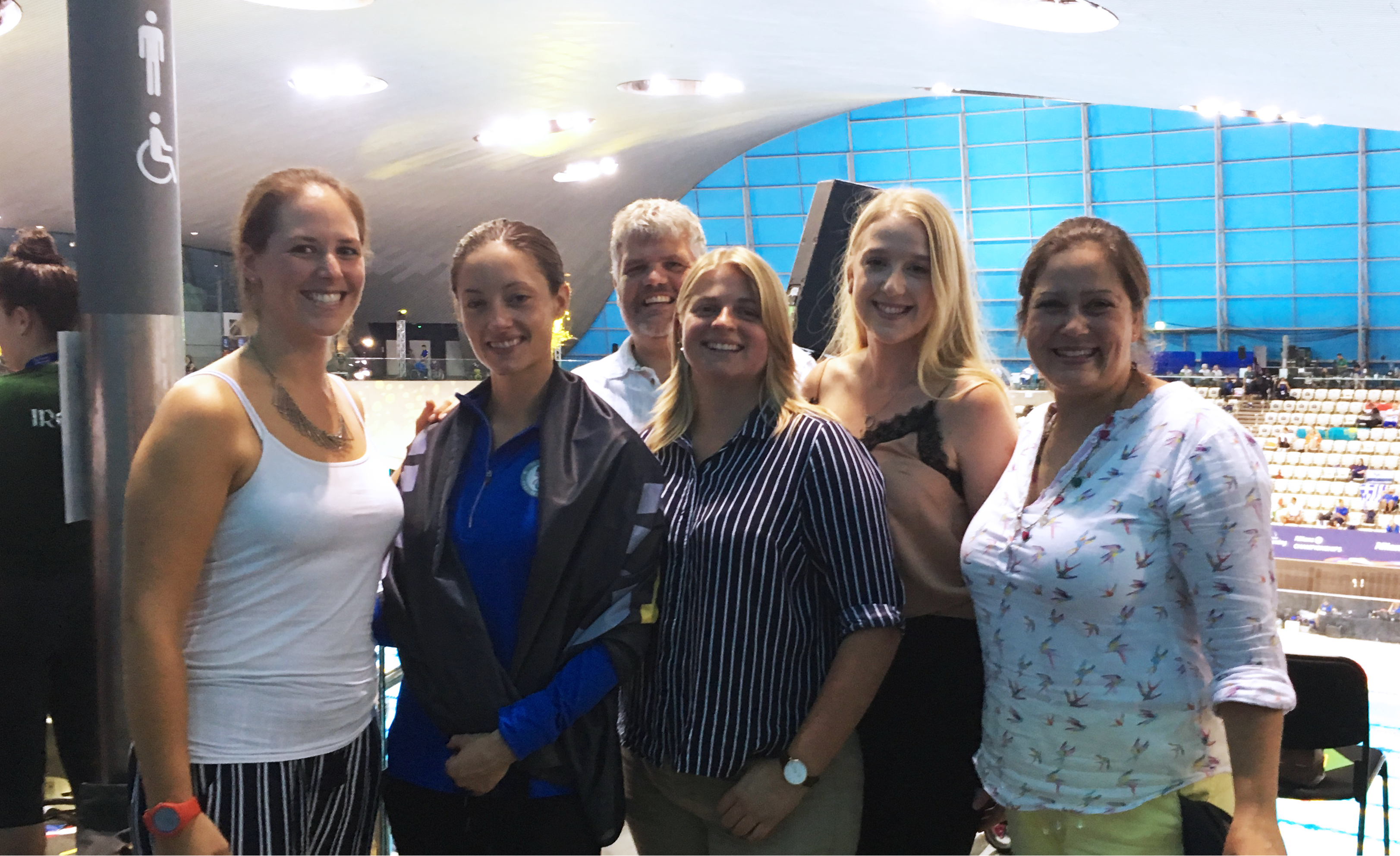 Some of the Critical Care team that looked after Paralympic swimmer Sgt. Elizabeth Marks at Royal Papworth Hospital in 2014 were invited to surprise her and cheer her on at the London 2019 World Para Swimming Championships yesterday, where she won gold in the S7 100m backstroke.

The US athlete was admitted to Royal Papworth in September 2014, after she became critically ill at the first Invictus Games.

She spent several days in critical care being supported by an advanced medical system called extra-corporeal membrane oxygenation (ECMO) – a form of life support provided to patients with the most severe forms of heart and lung failure.

Following her recovery, Sgt. Marks competed in the 2016 Invictus Games and won four gold medals, one of which she dedicated to the team at Royal Papworth as a mark of her gratitude for the care she received.

She asked HRH Prince Harry – who launched the games and remains a patron of the Invictus Games Foundation – to present the medal to the team.

Laura Bowden, ECMO Specialist Nurse and ECMO Retrieval Nurse, who retrieved Sgt Marks from Royal London and was one of her ECMO specialist nurses during her admission, was one of the staff members in the audience: "It was a real privilege to be part of the team supporting Sgt. Marks yesterday.

"It was such a pleasure to watch her, knowing that we'd been able to help her, and then to meet and chat to her afterwards."

She was joined by Matt Petty, who was one of Sgt Marks' charge nurses; Abi Burrell, who was one of her bedside nurses; Katie Green, who is part of our current ECMO Retrieval team; and Terri-Louise Smith was there representing Cambridge Perfusion Services, who were involved with her care whilst on ECMO support.