Phill Hardwell’s survival described as ‘miraculous’ after he needed eight trips to theatre before his life-saving transplant. 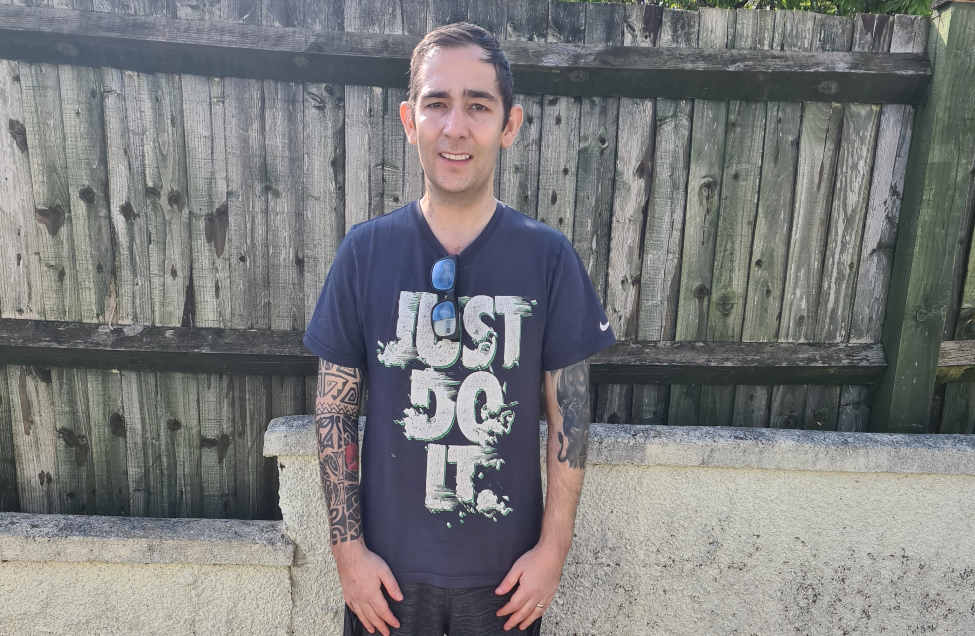 Five months ago, Phill Hardwell from Bristol was admitted to his local hospital for urgent treatment for his heart condition.

After almost half a year which has included spending weeks at a time away from his young children, the former army serviceman is now back home following a successful heart transplant at Royal Papworth Hospital.

It’s been a long road to recovery for the 32-year-old, who initially went to the Bristol Heart Institute due to a fluid build-up. Ten days later he was transferred to Royal Papworth where he was placed on a BiVAD, which supported his failing heart while he waited for the life-saving transplant.

'Will this ever happen?'

“I was here for Christmas, for New Year, I’ve been put on the transplant list, taken off it, and then put back on again. There are moments when you do wonder ‘will this ever happen?’” Phill reflected on his time spent at Royal Papworth.

“I just want to say thank you to my donor and their family for making this possible with their selfless act at the most difficult time.

“I’m already doing exercise on a static bike and step ups each day and feel better than I have in more than a year.”

The father of two served with 29 Commando Regiment, Royal Artillery, who are based in Plymouth, for 12 years until June 2018, but was medically discharged owing to poor health. 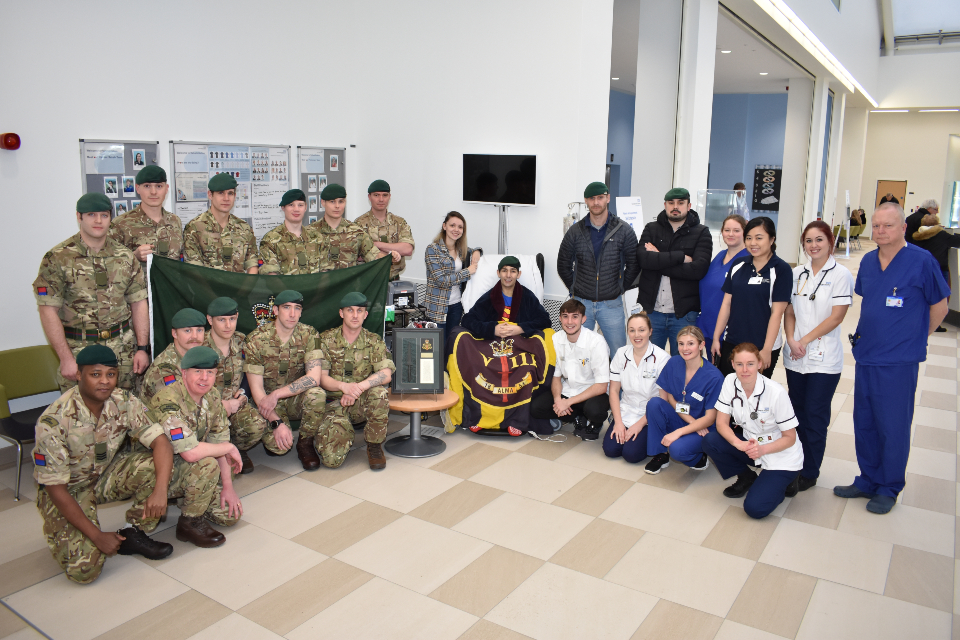 Phill was visited by his former army regiment back in February, while he was still waiting for his life-saving heart transplant.

Phill was placed on the heart transplant list in September 2019 before his condition worsened and he was admitted to hospital two months later. He was then escalated to the super urgent list for heart transplants towards the end of January, but had to be taken off again for two weeks in February due to a bleed on the brain.

February was also the last time that he saw his children, aged two and seven, with wife Roxy religiously staying by his side throughout his time in hospital as the couple relied on childcare back at home.

“She has been a godsend,” said Roxy. “It’s been so tough over the past five months and although our little one doesn’t understand what’s going on, our eldest boy is a lot more aware.

“We have had to use Iron Man as a metaphor to explain what has been happening to his dad. Marvel is always on in our house so it can be too much sometimes, but has been really useful on this occasion.

“It’s been extra tough over the past few weeks because I’ve not been able to visit due to the coronavirus outbreak, so I’ve been staying locally in Cambridge at Phill’s request and we’ve been able to keep in touch with video calls each day.” 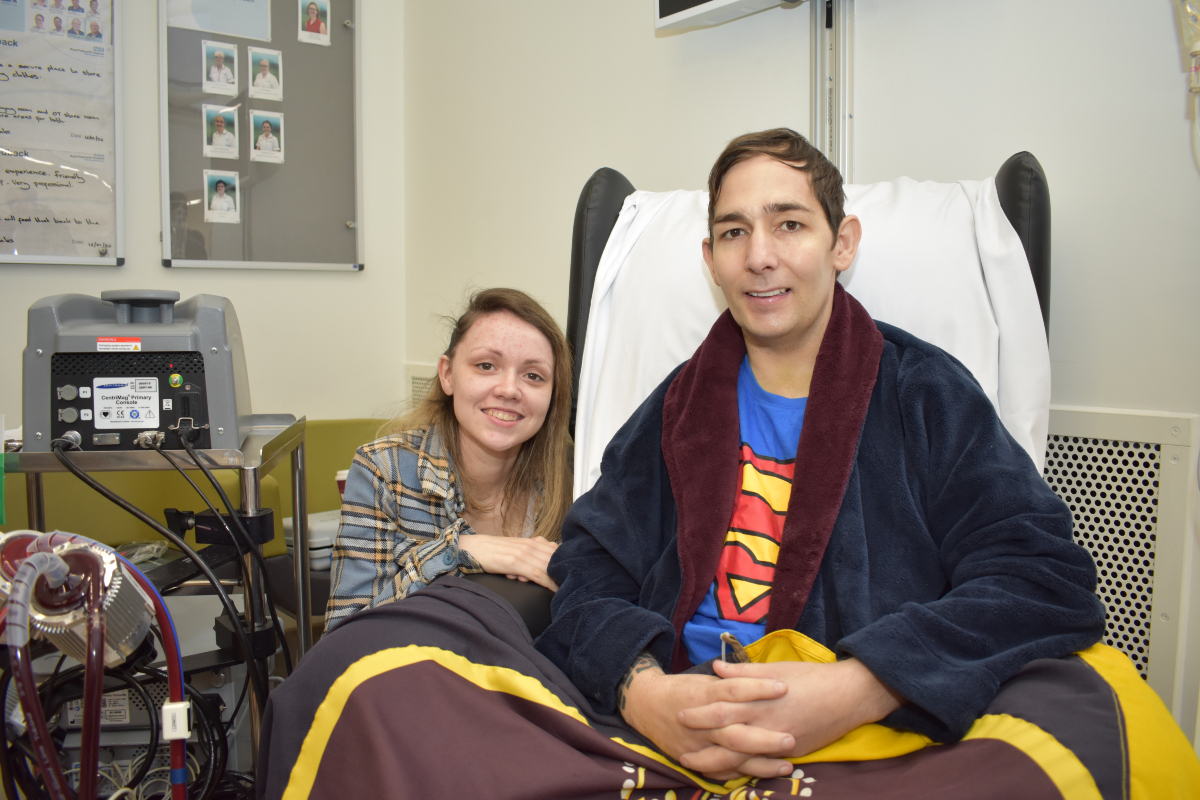 Phill and wife Roxy pictured before his heart transplant

The operation was performed by surgeon Mr Pedro Catarino, Clinical Lead for Transplant, who said, “Phill is an exceptionally tough man, physically and mentally. He has had eight different trips to theatre during the course of his care before being able to undergo his transplant.

“His family and especially his wife, Roxy, have been a great source of support.

“He had already waited for a donor organ for several months on an artificial heart support at Royal Papworth and then the COVID-19 crisis hit. We thought we might not get any donors during this time because intensive care units are so stretched in terms of staff and beds. It is a real tribute to the donor’s family, and to the hospital from where his donor came, that they had the capacity to think of organ donation while all that we see every day in the news was happening around them.”

'It's a miracle really'

“The sickest patients that require a transplant are placed on the super urgent waiting list,” said Richard Quigley, Lead Nurse for Transplant.

“Phill certainly fulfilled that criteria. Whilst on critical care he was one of the sickest patients being cared for by the transplant and critical care teams. It’s a miracle really and testament to him, his family and the combined efforts of Royal Papworth Hospital teams that we have this outcome. The generosity of the donor and the donor family has made all of this possible.”

John Forsythe, Medical Director for Organ Donation and Transplantation at NHS Blood and Transplant said; “I’m delighted to hear Phill is doing so well after his transplant and I wish him a safe and speedy recovery. He is testament to the hard work of the transplant teams who are still dedicated to maintaining some level of service to those most in need of a lifesaving transplant in the current climate.

“Ensuring the safety of organ donation and transplantation during this pandemic is creating substantial challenges. However, as Phill’s case shows, some transplants are still going ahead if it is safe and appropriate to do so, with transplant clinicians assessing individual cases and the current situation in their own hospital.

“Transplants cannot happen without donors, and it is thanks to the bravery and selflessness of those who agree to donate their loved ones organs in a time of such adversity that people can still receive their lifesaving organ transplant.”

“Once again we just want to say thank you to the donor and their family for giving us this fresh start and second chance,” Phill and Roxy added ahead of their long drive back home. “Thank you also to everyone who has looked after us during our time at Royal Papworth. 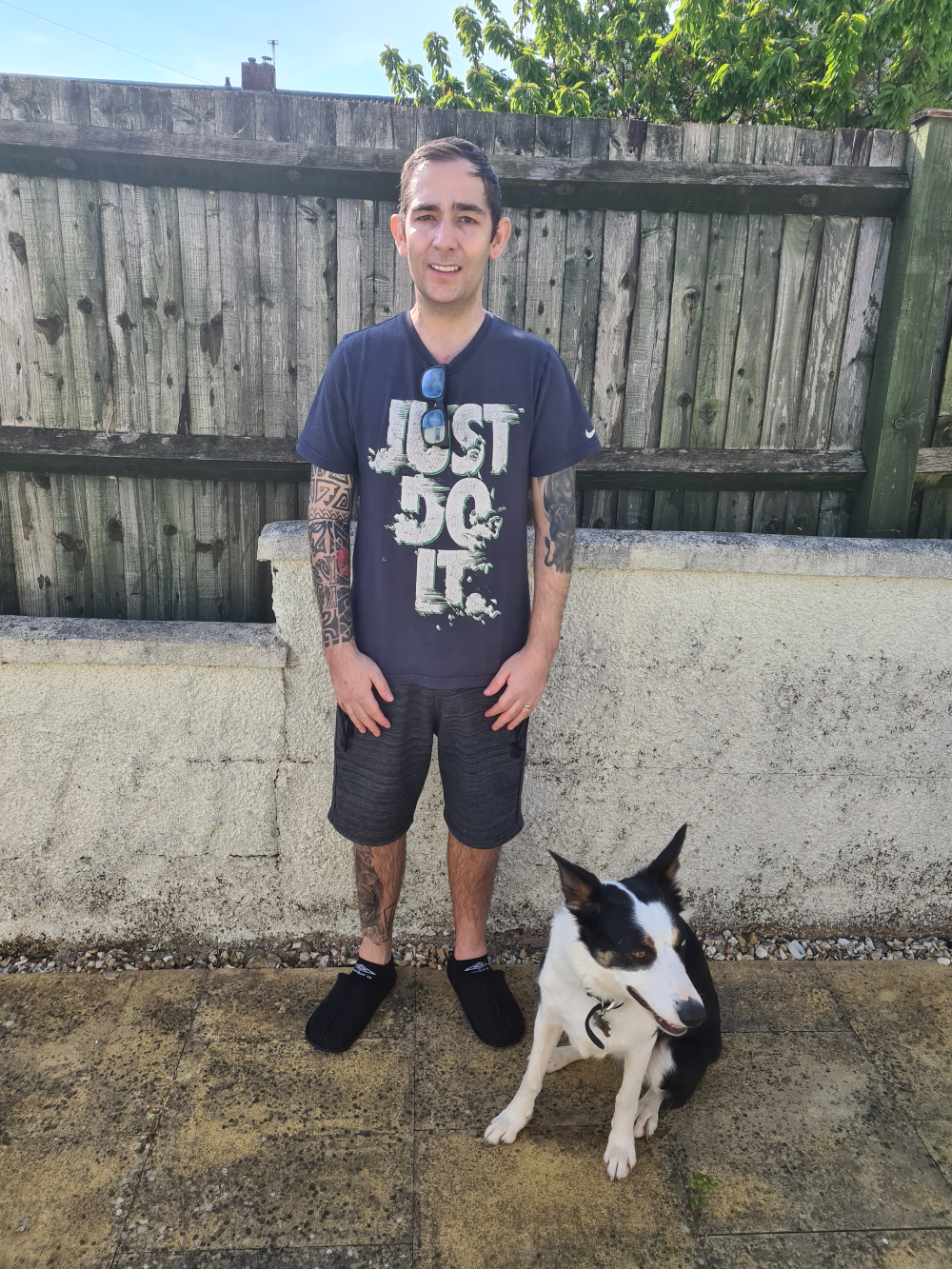 Phill is now back home and enjoying time with wife, Roxy and his border collie, Fly. He will have to wait a bit longer before seeing his two children.

“Phill now has to shield as he is in the high-risk category for COVID-19, so the boys will be spending two weeks away from home while we settle in and get re-adjusted to life at home. We can’t wait to see them, give them massive hugs and be a family of four again.”