Patients across the East of England are benefiting from a new catheter technology, using industrial-grade diamonds, which makes ablations safer and quicker. 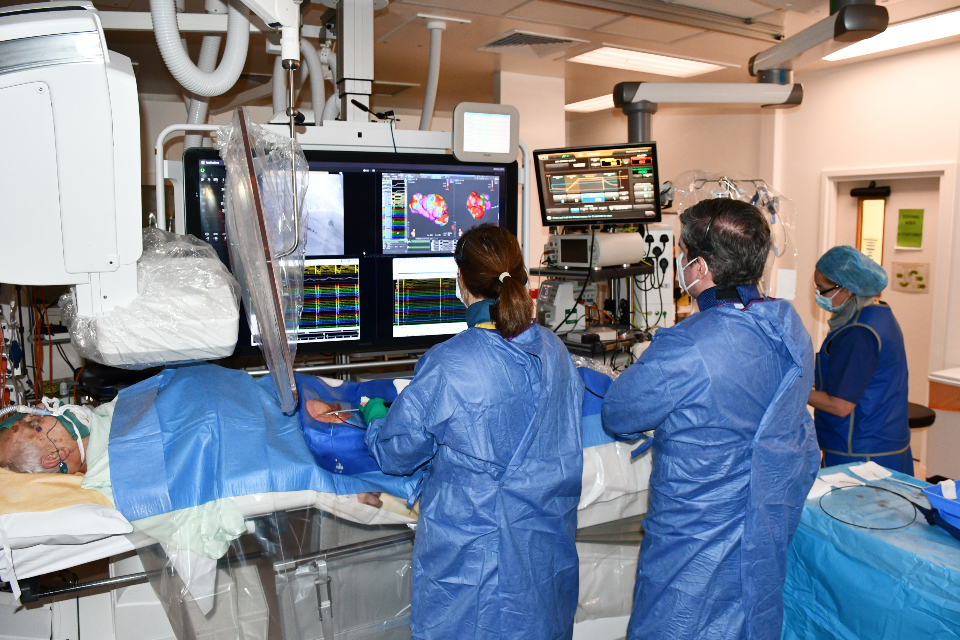 An ablation is a procedure which uses either heat (radiofrequency ablation) or freezing (cryoablation) on the problematic area of the heart that is triggering the dangerously fast rhythm.

This creates scar tissue which destroys the problematic heart tissue, breaking the faulty electrical circuit with the aim of restoring a normal heart beat.

The Medtronic DiamondTemp catheter is already in use at a handful of NHS trusts, but this represents its first use for the benefit of patients in the East of England.

“Cooling the cardiac tissue during an ablation is vital in order to be able to deliver sufficient energy to the tissue and to prevent char building up on the tip of the catheter”, said consultant cardiologist Dr Claire Martin. 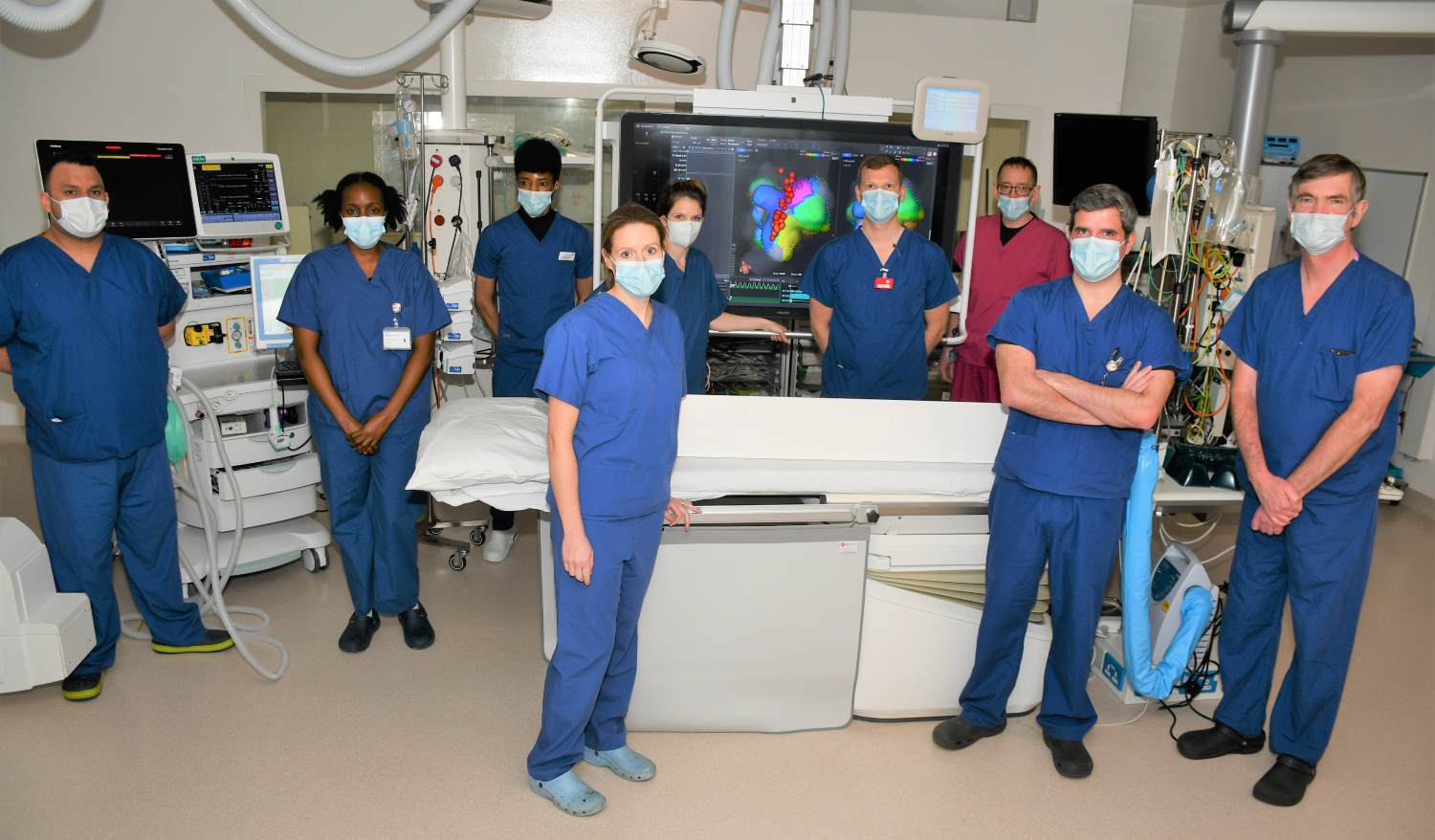 “This new technology makes the procedures safer because less saline infusion is needed to cool down a diamond catheter compared with platinum which is usually used. This is important in patients with heart failure because fluid can easily build up in the lungs, so we want to use as little fluid as possible. By using diamonds instead of platinum, we are able to use up to 50% less saline.

“It also provides quicker, more effective cooling, which helps to reduce procedure times and will in turn allow us to perform more ablations each day.”

One of the first patients to undergo an ablation using the new diamond catheter was 82 year-old Michael Lynas, from Holbeach in Lincolnshire.

Michael has a history of heart problems, including having had a cardiac arrest and heart attack, the latter of which occurred in 2019 and led to an implantable cardioverter defibrillator (ICD) being fitted.

He has a condition called ventricular tachycardia, which occurs when the lower chamber of the heart (ventricle) beats too fast to pump blood effectively, meaning the body does not receive enough oxygenated blood. 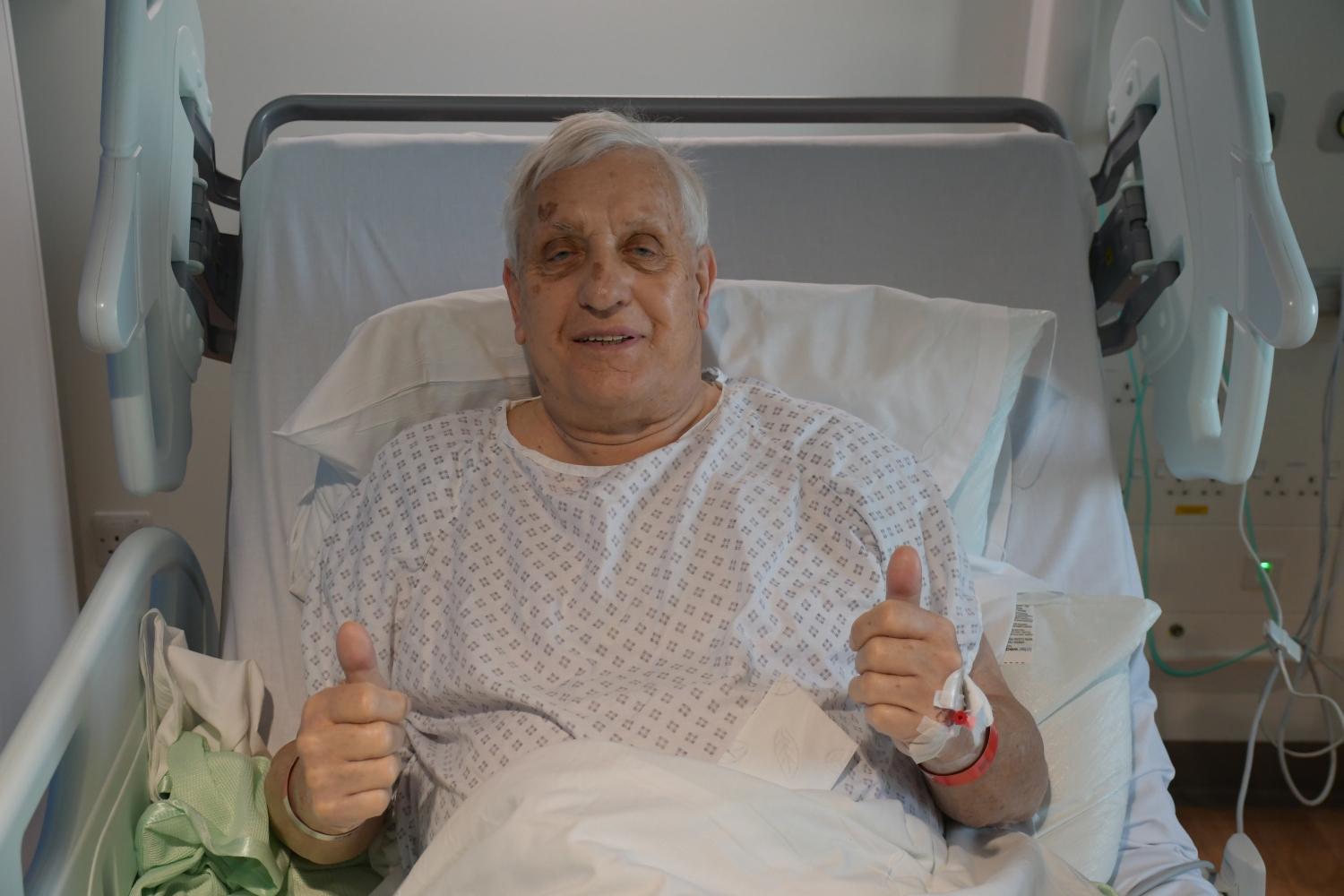 Michael Lynas, 82, was one of the first patients to benefit from the new technology.

“My ICD has gone off twice since it was fitted three years ago – it allows me to carry on with my life knowing that I have a device that will shock my heart back into life if needed,” said Mr Lynas from his hospital bed just a few hours after his ablation.

“However, day-to-day I still suffer with an abnormal and fast heart rate and that left me feeling dizzy quite a lot of the time, but since having the ablation performed by Dr Martin and her team my heart has been back in a normal rhythm.

“I can feel the difference inside myself and it gives me an inner confidence I did not have before. I may be 82, but I like to stay active and get out, so this makes such a huge difference to my quality of life.

“This is all thanks to this new technology, combined with the brilliant treatment I have received at Royal Papworth Hospital. I cannot speak highly enough of the care I have received from everyone at the hospital.

“I find it quite amazing that, at the age of 82, I can be given a general anaesthetic, undergo an ablation and then be walking and talking in my room within an hour or two.

“I hope that telling my story encourages and reassures other people who are due to come in for an ablation and gives them confidence that they too will be treated safely by an outstanding and compassionate team.” 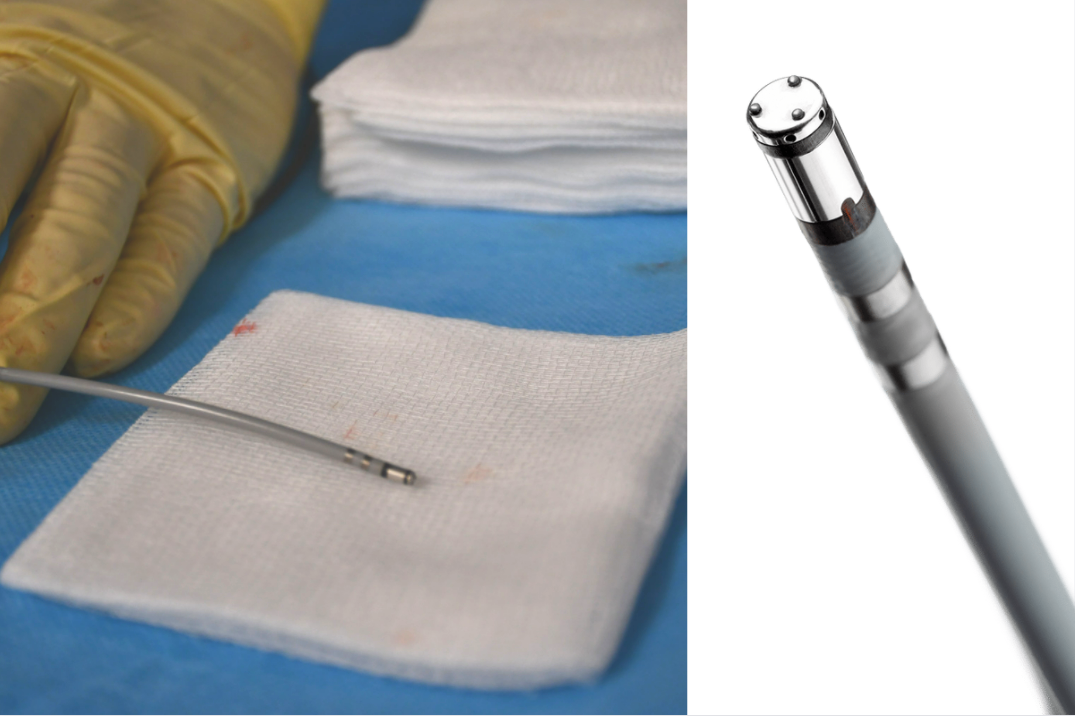 The black rings toward the end of the catheter contain the diamonds used for cooling.

“This is the first time in the UK that the Medtronic DiamondTemp catheter has been used in conjunction with the Boston Scientific Rhythmia 3D Mapping System to allow accurate catheter visualisation in the heart,” added Dr Martin.

“It is another example of Royal Papworth Hospital working with our industry partners to deliver the latest cutting edge technology to improve patient care.”

Ross Ward, Country Manager for Cardiac Ablations Systems at Medtronic, added: “We are delighted once again to work with the electrophysiology team at Royal Papworth on delivering cutting edge technology to help further advance the treatment of complex heart arrhythmias and restore patients’ normal rhythm.”