Callum had been working within the cystic fibrosis team but has changed roles in light of the coronavirus outbreak. 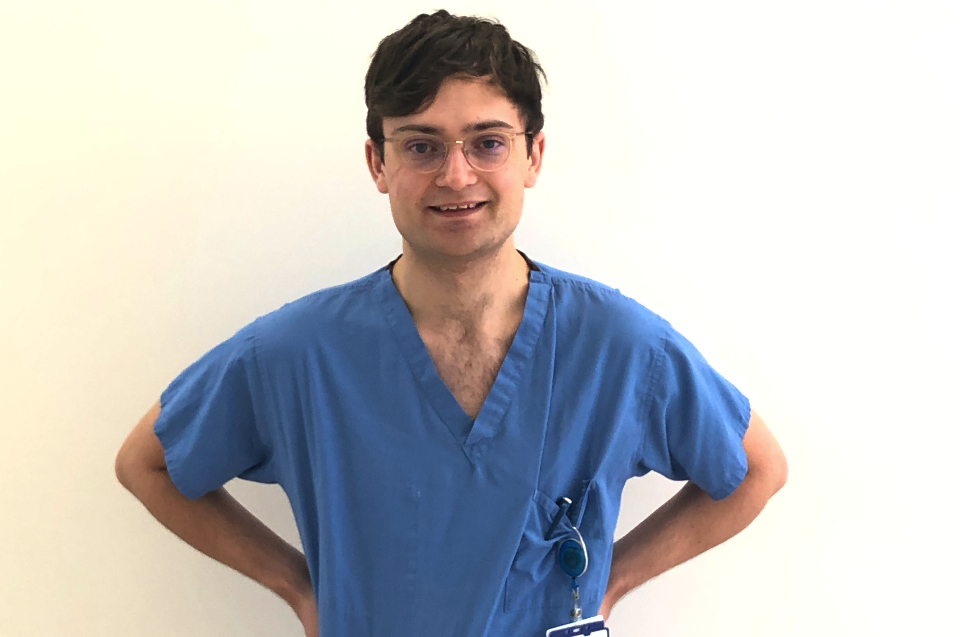 Throughout Royal Papworth Hospital and across the NHS, there are countless stories of individuals doing what is needed, regardless of their normal role.

One example of that dogged team spirit and camaraderie is Dr Callum Tipton, a second year junior doctor who normally works in respiratory medicine.

Callum joined Royal Papworth back in December and had been working within the cystic fibrosis team. However, now that most cystic fibrosis patients are ‘shielding’ at home due to COVID-19, he is one of the many staff members who have been re-deployed to areas in greater need of support.

"The staff in critical care made me feel so welcome"

“I have no medical experience in critical care so I was initially quite apprehensive about going into an unfamiliar role in an unfamiliar environment,” Callum admitted after his first shift on the unit – a 12-hour night shift.

“However, all the staff in critical care made me feel so welcome and were extremely patient and accommodating in what is an incredibly busy and stressful time for everyone.

“In particular I want to thank Valentina, a critical care nurse, and Anna who is a ward nurse who has also been re-deployed, both of whom gave me lots of support. I learned an enormous amount from them both in just one shift. Special thanks also to sister Berny for being so kind and supportive to all the staff during the shift.

“I’m basically helping out the nursing team, whether that is administering drugs and medication, doing observations and blood tests, or just generally assisting others on the unit. I’m happy to be able to support the critical care team in whatever way I can during this difficult time.”