A mum of three who had a tiny chance of receiving a new heart is recovering from her transplant. 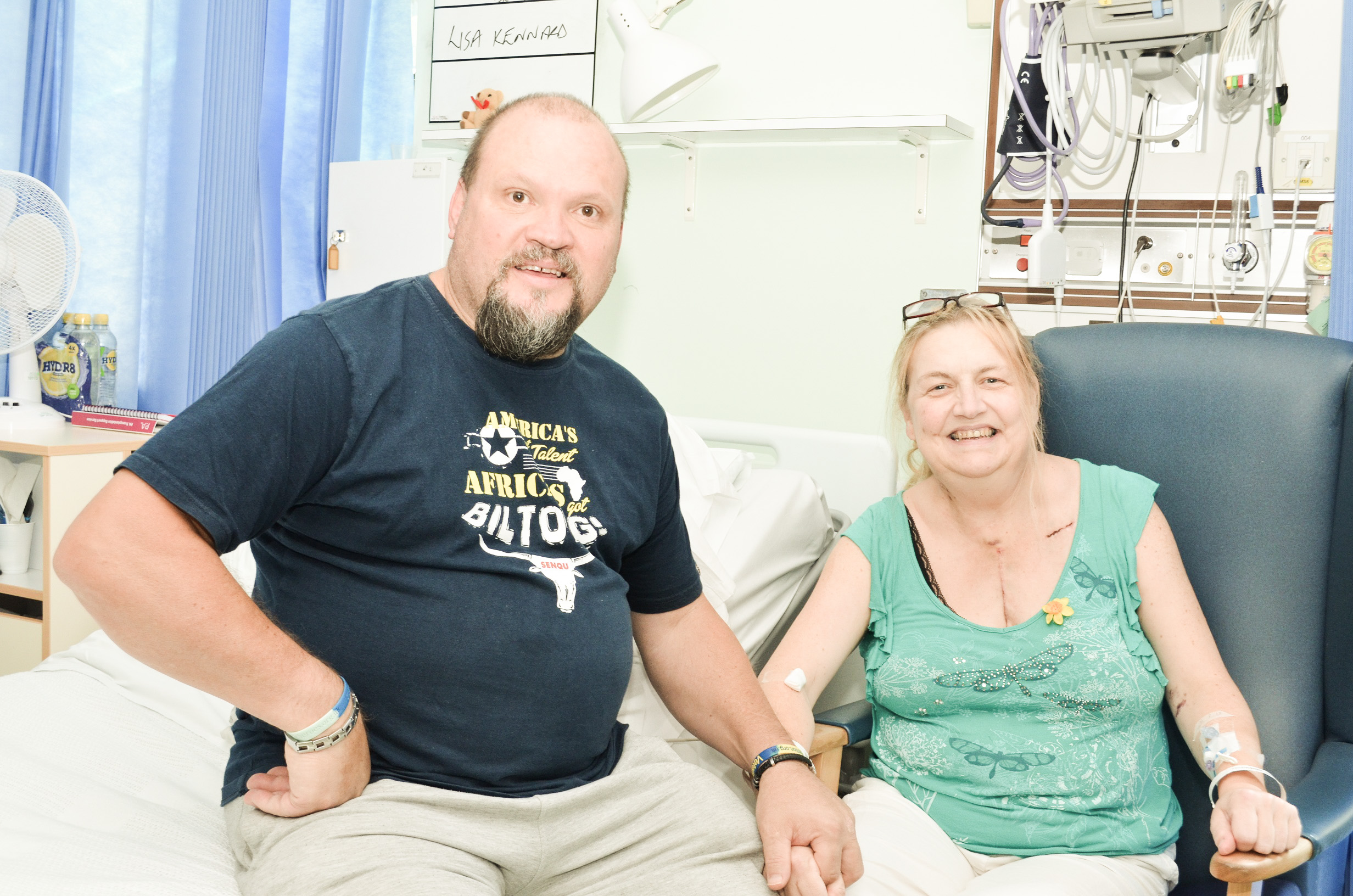 A gravely ill mum of three who had a less than one per cent chance of receiving the new heart she desperately needed is looking forward to a new future thanks to a transplant procedure pioneered at Royal Papworth Hospital.

Lisa Kennard, 48, was put on the Cambridgeshire hospital’s heart transplant waiting list 18 months ago, after the heart disease she had lived with since birth became untreatable with medicine.

As a result of hypertrophic cardiomyopathy - a thickening of the heart muscle - Lisa, who lives in Basingstoke with her husband Michael, was hospitalised with pneumonia and organ failure in 2017 and was told her only chance was a new heart at Royal Papworth.

However her particular tissue type meant she only had a 0.010 per cent chance of finding a compatible donor on the conventional DBD transplant list – which matches patients with beating hearts from donors who have been certified brain dead.

But against the odds, and thanks to Royal Papworth Hospital’s new DCD (Donation after Circulatory Death) heart transplant programme – which has identified a new source of non-beating donor hearts and has increased the number of heart transplants carried out at the hospital by more than a third – a match for Lisa was found.

Lisa, who received her heart transplant in August, said she owed her life to her donor and the DCD procedure.

“DCD has been a miracle for me,” she said. “I was running out of time fast, it’s as simple as that. I’d been told that without a transplant I was looking at two to three more years at the most. I was at the point where I didn’t know if I was going to wake up again in the morning.

“I’m quite a strong-willed person, so I wasn’t going to curl up in a corner, but at the same time I knew the chances of a future were very, very small.”

"That is in itself is a wonderful achievement for the team, however what stands out with Lisa’s case is that she also had the complexity of having an extremely rare tissue type. While she was on the waiting list we checked many dozens of potential donors for her but we always fell at the first hurdle, due to them not being compatible even before we assessed the organ for function.

“The DCD programme and the generosity of the DCD donor and the donor’s family have allowed us to give Lisa a future that she would probably otherwise not have had.”