Items from Royal Papworth's old site in Papworth Everard will be used by UK charities as well as a local school in Cambridgeshire. 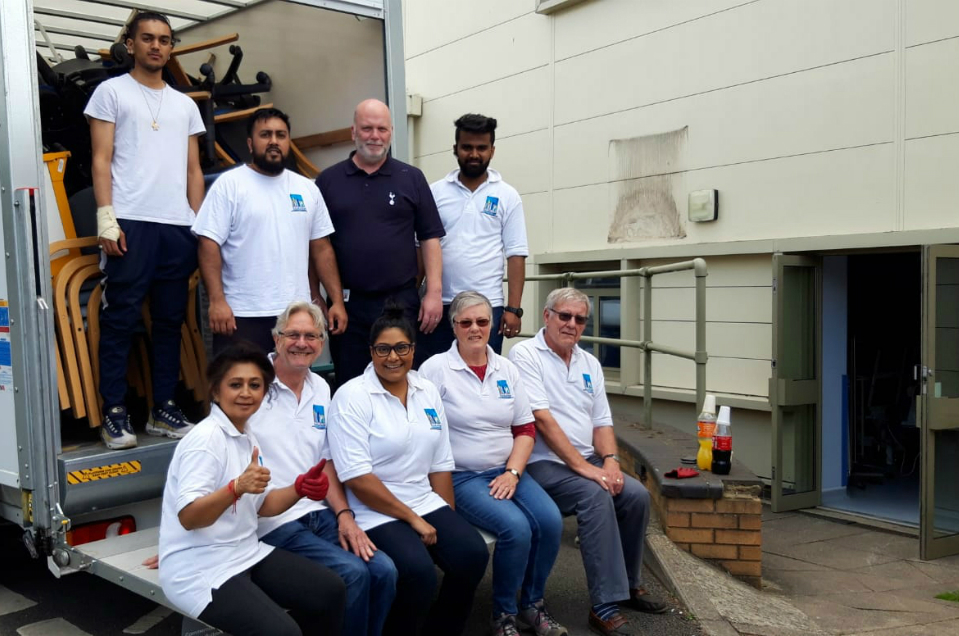 Royal Papworth Hospital has linked up with a number of UK-based charities to donate equipment and furniture from its old hospital site.

Items that were still useable and current were transferred to the new building on the Cambridge Biomedical Campus, but thousands of items did not meet the required criteria for the move and remain at the site in Papworth Everard.

Some of that equipment has been sold at auction, the proceeds of which will benefit the Trust, but the majority has been donated to a variety of charitable causes, including the British Heart Foundation and London-based Better Lives Foundation.

Volunteers at Better Lives Foundation have transported nine van loads of furniture from Papworth Everard to their storage site in London. The donated items will ultimately be sent to the Yonibana Sai Hospital in Sierra Leone.

Yonibana Sai Hospital was built by the Foundation and is the only free hospital in the West African country. It is due to become a teaching hospital training postgraduates.

Items that have been taken include drip stands, walking frames, wheelchairs, shelves, bedside tables and much more, and will help towards the hospital’s expansion plans which will include a neonatal and maternal building, radiology centre and pharmacy.

Phil Churchill, a cystic fibrosis patient at Royal Papworth Hospital, is responsible for putting the Trust in contact with the Better Lives Foundation.

“I was an inpatient at Royal Papworth earlier this year,” Phil recalled. “Whilst I was there, my friend, Ian Harvey, visited me. He is a biology teacher in Cambridge and often goes out to Sierra Leone to help train their teachers on how to develop practical biology lessons with hardly any equipment.

“When he was over there he went to Yonibana Sai Hospital and it was then that he encountered Better Lives Foundation. We started talking and it got me thinking about what was going to happen with the unwanted equipment at Royal Papworth’s old hospital. That’s when the link was formed and here we are today.”

Devi Patel, CEO of the Better Lives Foundation, said: “We have already taken nine van loads of furniture down to London – it’s been a busy couple of weeks but we are so excited about taking all of these items over to Sierra Leone.

“We can’t wait to see the look on the faces of our friends at Yonibana. This will mean so much to them and will be a big improvement on the conditions in which they currently work.

“We then need to ship this over to Sierra Leone, but we need to raise £16,000 to be able to hire four shipping containers for that journey.”

A number of items have also been donated to Witchford Village College near Ely, which is in the process of a refurbishment project.

“We had about six vans worth of stuff from Royal Papworth in total,” Jo Gordon, Marketing and Visual Improvements Manager at the College said. “There’s even been some fighting over the fridges!

“We’ve got a few projects on the go including; a new IT hub, which is where the chairs will be based; a new community library which will house some settees; and our staff room has been populated with waiting room chairs, transforming what was a tired area.

“To say thank you we will be making a donation to Royal Papworth Hospital Charity and will be making them one of our nominated charities for the next academic year.”

“Distributing the unwanted furniture and equipment to worthy causes has been an important project for us during decommissioning at our old hospital site,” Andrew Selby, Associate Director for Estates and Facilities at Royal Papworth Hospital NHS Foundation Trust, added.

“We wanted to try to ensure that all of these items weren’t just thoughtlessly thrown away. There have been almost 20 van loads that have been taken away from our site to be used by other organisations in the future, with hopefully more in the pipeline, so we are delighted that we have been able to help a variety of good causes in this way.”

Mike Taylor, Commercial Director at the British Heart Foundation, said: “In 1979, the first successful heart transplant in the UK was performed at the hospital by BHF Professor Sir Terence English. Forty years and hundreds of transplants later, our close link with Royal Papworth is as strong as ever.

“We’re grateful for the hospital’s generous donations, helping cut down on waste and turning furniture into funds for new life-saving breakthroughs in the years to come.”

We still have plenty of furniture, including filing cabinets, office desks and chairs, all of which would be ideal for small businesses starting up. Please get in touch if you would like to find out more.