Clare Braybrook was 31 weeks pregnant when she was admitted to Royal Papworth Hospital with a life-threatening aortic dissection. 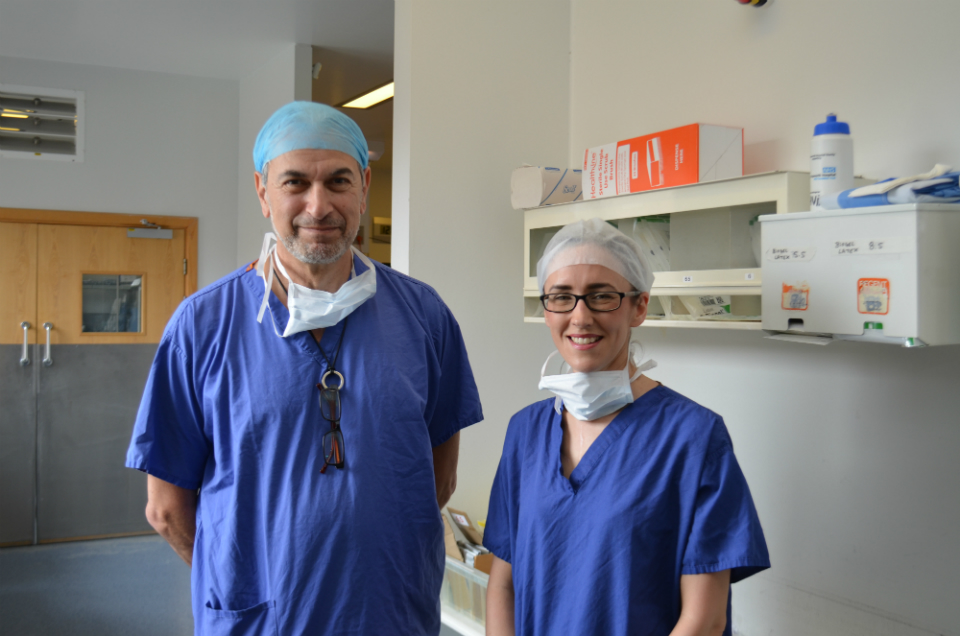 In January 2012, Clare Braybrook’s pregnancy was progressing as normal. A PE teacher at a local secondary school, she was fit and healthy.

But one Thursday night when 31 weeks pregnant she started suffering with chest pains. After phoning 111, Clare was advised to go to her local hospital, Addenbrooke’s, immediately.

The following day she was admitted to Royal Papworth Hospital after being diagnosed with aortic dissection - a potentially fatal condition in which there is a tear in the wall of the heart’s major artery, allowing blood to flow between the layers of the aorta causing them to separate.

That meant that just 25 minutes after giving birth to her daughter via a caesarean section, Clare underwent major open heart surgery.

“I’d been at a netball event and was on the bus back when I started to feel these pains in my chest”, Clare recalled of that night seven years ago.

“Within 24 hours I had been sent to Addenbrooke’s, assessed, diagnosed with aortic dissection, sent to Royal Papworth and was undergoing major heart surgery just minutes after giving birth to Emily. Believe it or not, this all happened on Friday the 13th, too!”

As a result of the anaesthetic and Emily being transferred to the Neonatal Intensive Care Unit (NICU) at the Rosie Hospital in Cambridge, Clare didn’t see her daughter for the first time until the Tuesday, four days later.

She also has no memory of the room in which her daughter was born. However, last month, the team at Royal Papworth Charity invited her back to our old hospital in Papworth Everard to see the theatre in which it all happened and meet her surgeon, Sam Nashef.

“The staff who were in theatre knew that, because of the nine-hour operation, I wouldn’t get to see Emily when she was born or for a few days afterwards so they took some pictures of her and got them printed out.

“When I came around after the anaesthetic had worn off I was greeted by several pictures which had been stuck to the walls in my room, which was an incredibly thoughtful gesture. That meant so much to me, being able to see my daughter.

“Before the hospital moved I wanted to come back and say thank you to Mr Nashef, who I haven’t seen since March 2012, his team, and be able to visualise the place where Emily was born – it completes the journey for me. Words can’t describe how amazing the experience was.”

Emily, now aged seven, is one of only a handful of people to have been born at Royal Papworth, with the most recent birth taking place earlier this year.

“The hospital in Papworth village will always be a special place for me and my family; it’s where my life was saved and my daughter was born.

“However, I’ve also been to the new hospital and to have been based next to Addenbrooke’s would have been massive for me.

“My condition was so threatening that every minute made a difference to my chances of survival, so to be based next door rather than a 15-mile journey away would have meant everything could happen quicker.

“My husband, Pat, could have had his wife and daughter close to each other rather than having to travel between the two and I could have been wheeled across to see her, too.

“There was also no daylight in the old Critical Care, so to have the floor to ceiling windows and light rooms in the new unit is a huge improvement, not to mention the extra privacy of single rooms and an en-suite on the wards. All of that will make such a massive difference for patients.”