Secretary arrived at the hospital straight from school in 1953. 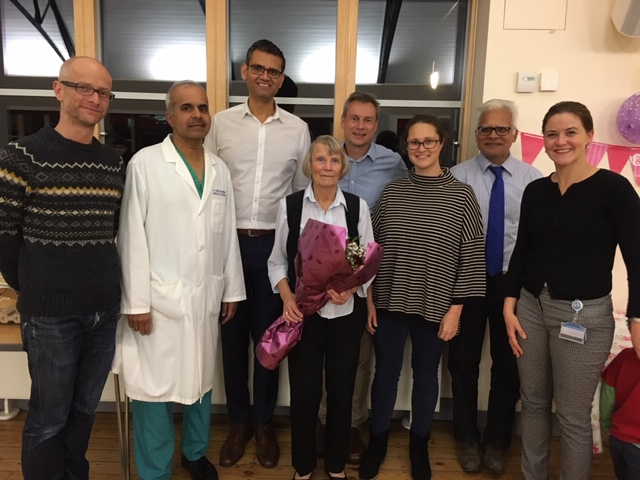 Royal Papworth Hospital this week (30 November 2018) says goodbye to a member of staff who began work here only five years after the NHS was born.

Yvonne Inglis, 80, arrived at the hospital straight from school in 1953 – at the age of 15. She initially worked as a clerk before training as a secretary.

“My father was one of the original Tuberculosis (TB) patients, in 1928/29, and I grew up in Papworth – it was a lovely place to spend your childhood.

“The hospital has changed so much. I remember when one of the car parks was a poultry farm and one of them was a fruit and vegetable garden that fed the hospital – there was a cinema in the village hall once a week.

“There have been a lot of royal visits – I’ve met the Duchess of Kent and seen Princess Diana and the Duchess of Gloucester. I remember Queen Mary coming to lay the stone for the Queen Mary’s Nurses Home.”

Yvonne left the hospital in 1967 when she had her son, and worked for a time at a GP practice. But in 1986 she returned and in recent years has been secretary to Dr Parameshwar, who was one of the many guests at her surprise retirement party this week. The village hall bash was organised by friends and colleagues – with a little help from Yvonne’s grandson Cameron, who works in the Health Records Department while he studies at university.

“I’ve had the most wonderful time here,” she said. “I’ve always worked for the NHS – it’s been quite special. I like helping patients.”

Yvonne plans to devote much of her retirement to gardening, but says she will be able to stay in contact with her friends and the hospital using the new laptop she was given as a leaving gift.