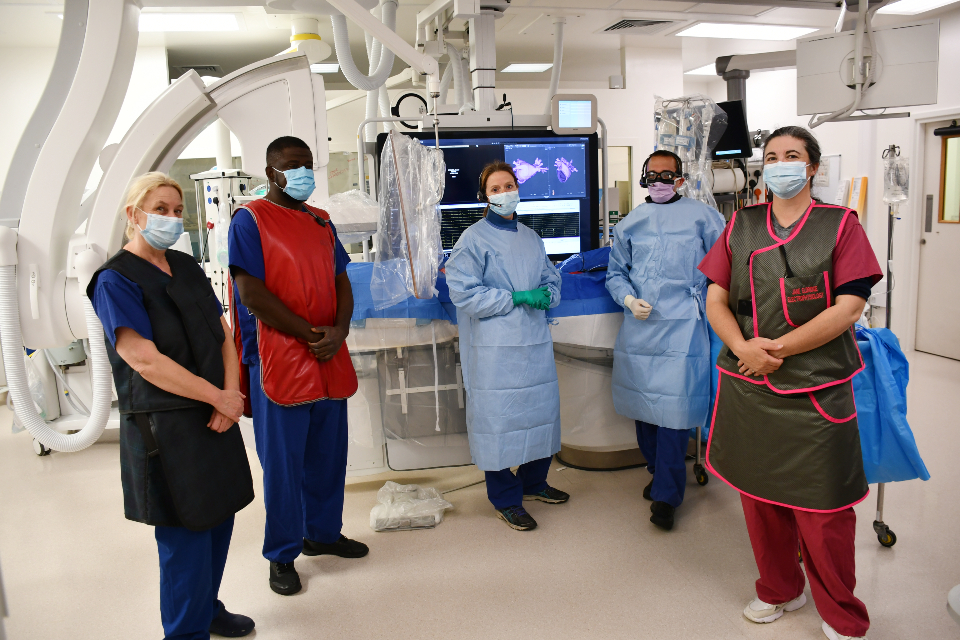 Atrial fibrillation (AF) is the most common heart rhythm disturbance, affecting around 1.4 million people in the UK. It causes debilitating and life limiting symptoms such as palpitations, breathlessness and fatigue.

Until now, catheter ablations to treat AF have mostly used thermal energy, by either burning or freezing problematic heart tissue.

However, this carries a risk of damaging neighbouring tissue such as the oesophagus or the phrenic nerve which controls the diaphragm. 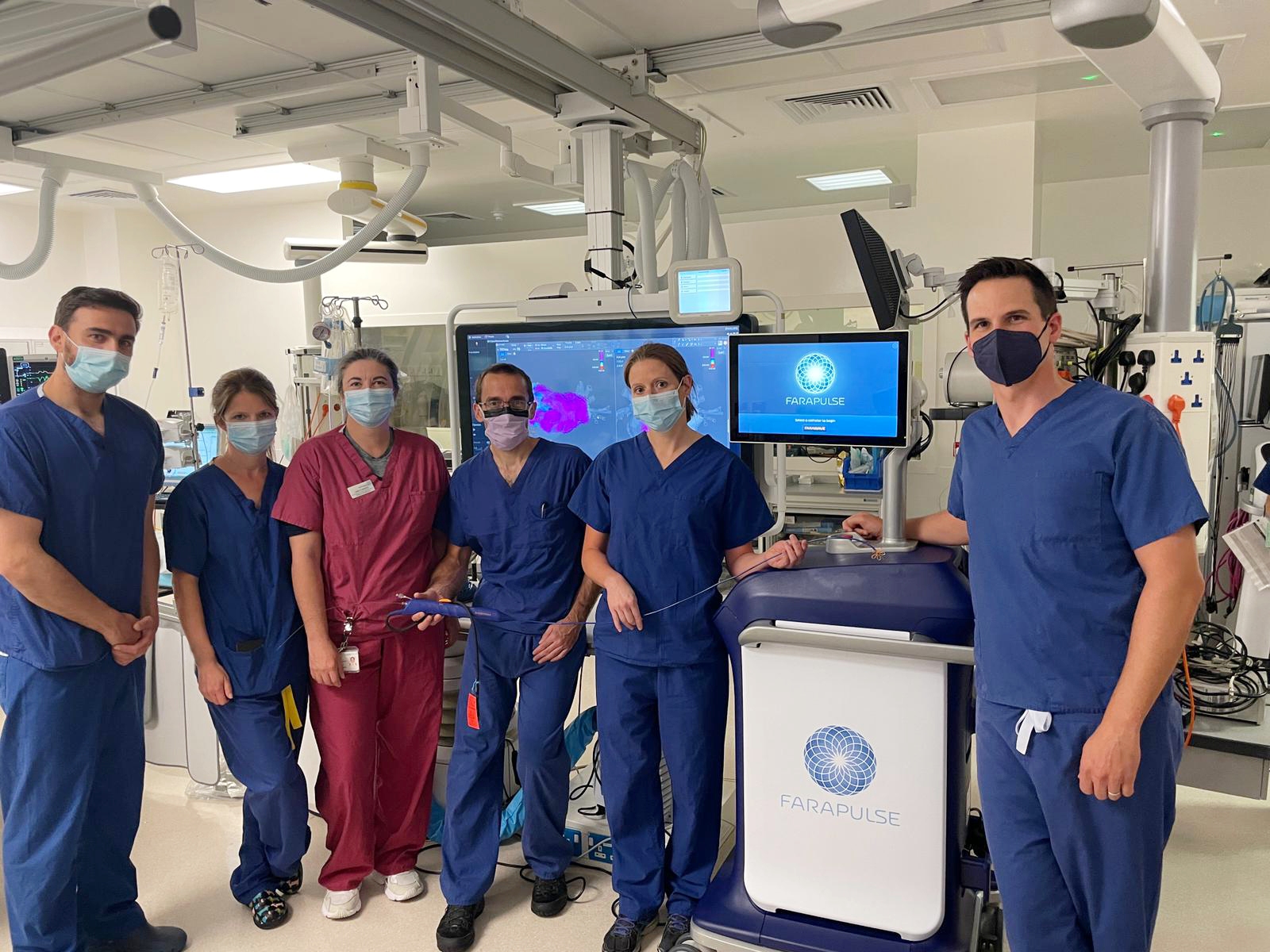 “This technology marks a step-change in electrophysiology and may well be the future of treating atrial fibrillation with catheter ablations,” said Dr Martin.

“I am very proud of the team for making Royal Papworth Hospital the first centre in the UK to offer this technology to benefit our AF patients from across the East of England, and would like to thank everyone involved for their hard work in making it happen.” 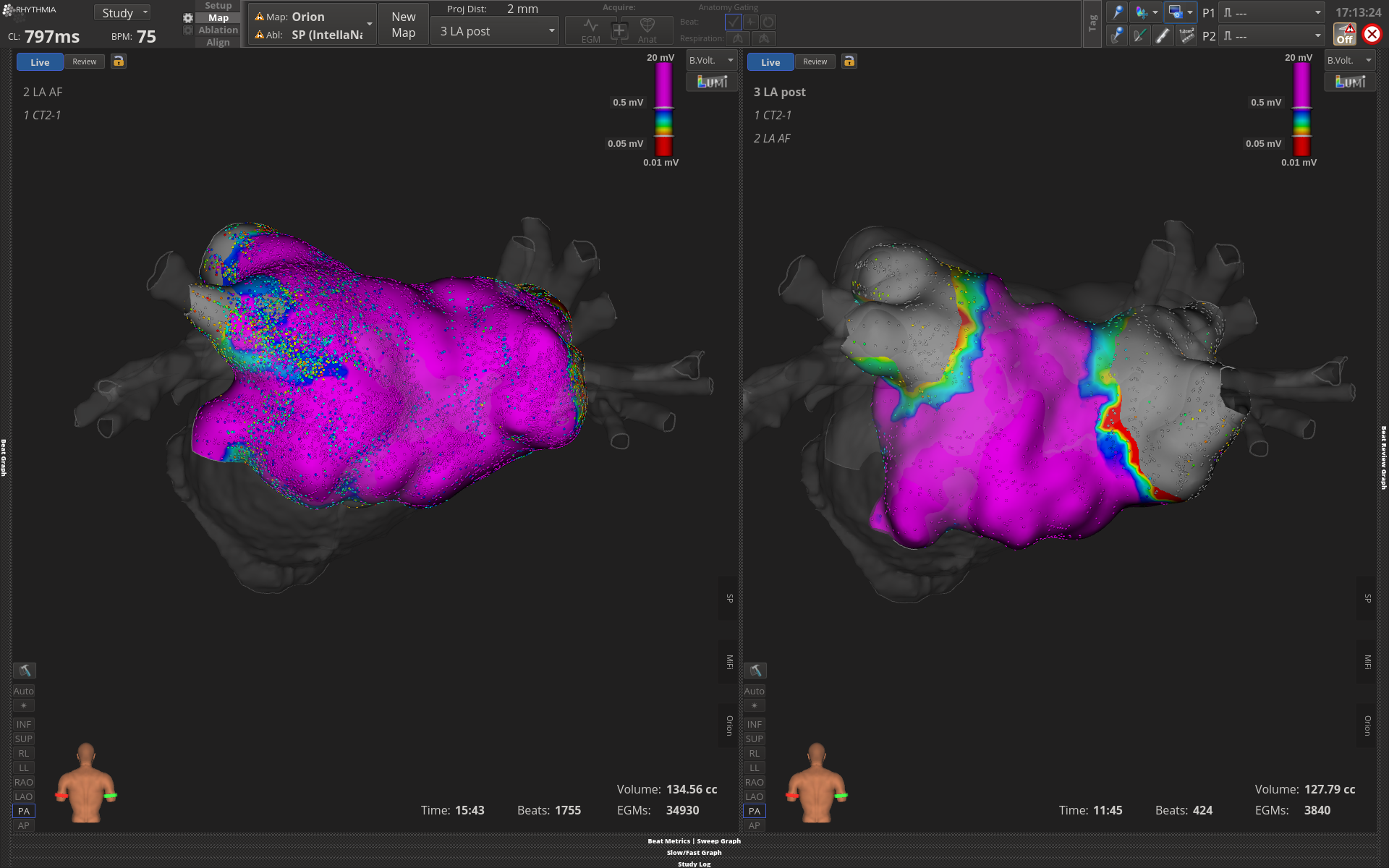 Royal Papworth will also be the lead centre in the UK for the upcoming Advantage-AF research trial which will collect further data on the effectiveness of this technique.